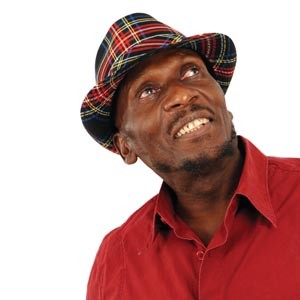 Attendees at this year's Rock and Roll Hall of Fame ceremony said that the highlight wasn't the stage thrashing of (well-deserved) punk inductees Iggy and the Stooges, but rather a stunningly ageless performance from the Honorary Dr. Jimmy Cliff, one of the world's first crossover reggae stars in the early 1970s.

“It was an exhilarating and inspiring evening,” says Cliff, 62, chatting by phone from Paris. “The induction was for me like a stepping stone to aspirations I have yet to achieve.”

The mellifluous voice behind soulful classics such as “Many Rivers to Cross” and “Sitting in Limbo” is indeed strong and ready for its first U.S. tour in five years, kicking off at the outdoor Charlottesville Pavilion.

“You know I used to smoke a lot, everything,” he says, laughing softly. “I just realized one day this is my instrument, so without my instrument what would I do? And I did the necessary things: walking on the beach, holding out a note to over a minute, all forms of exercises. I'm a health freak at the moment.”

Listening to the joyfulness in Cliff's golden-oldie hits, it's easy to forget he grew up in the crime-ridden ghettos of Jamaica — a country where he still resides — first gaining notice as a drug dealer in the 1972 cult film, “The Harder They Come.”

“I used that anger with a positive angle to get out of it and stay out,” he says. “Trust me, there have been many temptations and it was not easy. I've learned a lot and the whole thing about life is to balance the negative and positive.”

Modest and measured in conversation, Cliff has practiced several religions, from Rastafarianism to Islam, but views them as ongoing self-education. Like many reggae stars, Cliff was raised around the communal revivalism of Jamaican spirituals.

“I think the American experience of gospel is a little deeper because they have been through more things than the Africans in the Caribbean,” he says. “We were allowed to keep our drums in Cuba, Puerto Rico, all those places. But it was taken away in the mainland.”

Cliff took 2009 off to record a new album, “Existence” (due out later this year), with a fresh crew of young musicians who grew up listening to his music; they inspired him with their creative energy, he says. “It's about our existence on this planet in all areas from ecological to spiritual to economic and political and socially. … I just put a positive spin on all we're going through. I'm really happy with it.”

As good as he is at singing, Cliff says his first passion is acting. He's pursued the craft over the decades with minor roles in small films, including the Robin Williams clunker, “Club Paradise” (1986). Soon he'll star and perform the music in a film about legendary Jamaican fugitive, Wappy King.

“I still consider myself a better actor than singer,” Cliff says, adding that he enjoys the challenge of producing a movie more than an album. “I grew up kind of liking the bad guy [characters] … but I like the bad guy to have a cause.”

It may have been the cause of pushing his own career in the early '70s that kept Cliff from becoming the original face of international reggae, a distinction claimed by his peer, Bob Marley. But had Cliff not departed Island Records to shop his talent for American record companies, things may have been different.

“It's a very interesting question. … I don't really know the answer. The reason I left was I felt I wasn't getting the attention I should prior to ‘Harder They Come.' When that came out, I felt, ‘Well, here is my opportunity.' All I can say is [producer and Island founder] Chris Blackwell knew the music and loved it. That, for me, made a difference. I would say 55 percent maybe things would have been better.”

Many famous artists have covered and recorded duets with Cliff, as wide-ranging as Keith Richards, Joe Strummer, Jerry Garcia, Sting and Willie Nelson, but Cliff has a few favorites.

“When I cover someone I like to make it my own,” he says. “There is a version of ‘Trapped' Bruce Springsteen did that sounds nothing like my song. So I really appreciate hearing a version like that from an esteemed rock artist. There is another of ‘Many Rivers to Cross' by [Harry] Nilsson which John Lennon produced that is really different.”

Cliff remains a staunch cultural representative for Jamaica, an economically embattled island wracked by structural adjustment policies on loans provided by the IMF and World Bank — viewed by many as a form of neocolonialism.

“I think Americans ought to know that this little piece of land is still one of the most beautiful anywhere on the planet. The people are really very kind and beautiful and wonderful at heart,” he says. “With all the publicity that comes out about violence, it is not the overriding thing. Violence is everywhere.”

While hip-hop is massively popular in Jamaica, Cliff says that reggae and dancehall still thrive, along with indigenous music such as Nyabinghi and Kumina. “Reggae is still alive creatively,” he says. “There are lots of people holding the roots and culture.” S

Jimmy Cliff performs at the Charlottesville Pavilion with special guest SOJA on Sunday, June 6. Tickets are $35. Doors are at 6 p.m., show at 7. For information go to charlottesvillepavilion.com.