150 Years of African-American photography at the Black History Museum. 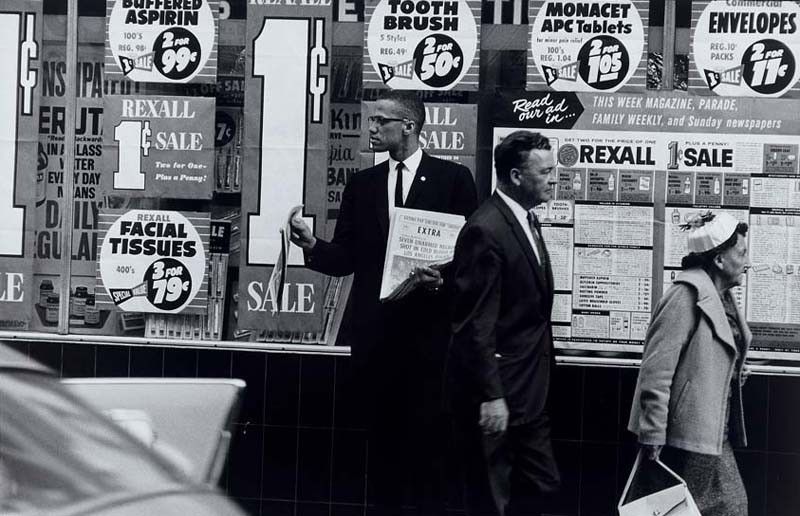 These words name and inspire "Let Your Motto Be Resistance," a traveling exhibition of African-American photographic portraits on view at the Black History Museum and Cultural Center of Virginia. The 70 framed and matted prints span 150 years and include the work of such renowned artists as Irving Penn, Berenice Abbott and Edward Weston.

"This is good timing to be talking about resistance with the sesquicentennial anniversary of the Civil War and the emancipation," says Maureen Elgersman Lee, executive director of the museum. "The kind of resistance you take is very much dependant upon your situation," she says. "For those reasons all resistance is not the same. There's resisting oppression, resisting disenfranchisement, resisting cultural domination — resisting anything that diminishes one as a person, as a citizen."

Selected from the National Portrait Gallery, the assembled photos were put together as the inaugural exhibition of the forthcoming National Museum of African American History and Culture in Washington. Earliest portrait subjects include Henry Highland Grant, Frederick Douglass, Sojourner Truth and an escaped slave known as Gordon. Photographed by Union doctors, Gordon's back is a tangled topography of scar tissue from repeated whippings, his very survival demonstrating an act of resistance.

One of Elgersman Lee's favorite portraits is of W.E.B. DuBois, an activist and one of the founders of the National Association for the Advancement of Colored People in 1909. "I don't know how many times or how many different places I've seen this picture in books, but I've never seen the actual portrait until now," she says. "Du Bois is in his suit — he's always very well-dressed. When I see this, I think about his intellectualism. I also see him as carrying a lot of weight on his shoulders, trying to translate the African-American experience to the broader American public in a way that would convey the sacrifices made by African-Americans and somehow conveying that appeal to Americans, to see African-Americans as people in that sense."

Other sections of the exhibit show resistance in forms other than activism. "You have portraits of athletes, resisting oppression and restoring dignity to African-Americans," Elgersman Lee says, "and also artists representing the African-American artistic and cultural traditions as well, whether it be literary, sculpture, painting or music."

She says her favorite portrait in this section is an Irving Penn picture of opera singer Jessye Norman. "She has a scar on her face," she says. "It's a very expressive picture. ... She's singing, her eyes are closed, she has one hand raised. It's just exceptionally beautiful. That scar in no way takes away from her beauty."

Each portrait in the show includes a biography of the subject. "It's a great basis for talking about African-American history in a way that I think can be very attractive and appealing to people," the director says. "These photos are so very expressive."

The exhibit also marks the 30th anniversary of the Black History Museum. "When I applied to host this exhibition, I wanted it to be part of this anniversary," Elgersman Lee says. "To have this exhibition here in Jackson Ward, where there is so much that has historically gone on, is very appropriate and celebratory of African-American history and culture. It's also a benchmark of where we want to go as an institution." S

"Let Your Motto Be Resistance" is on view at the Black History Museum at 00 E. Clay St., through Oct. 1. For information go to blackhistorymuseum.org or call 780-9093.