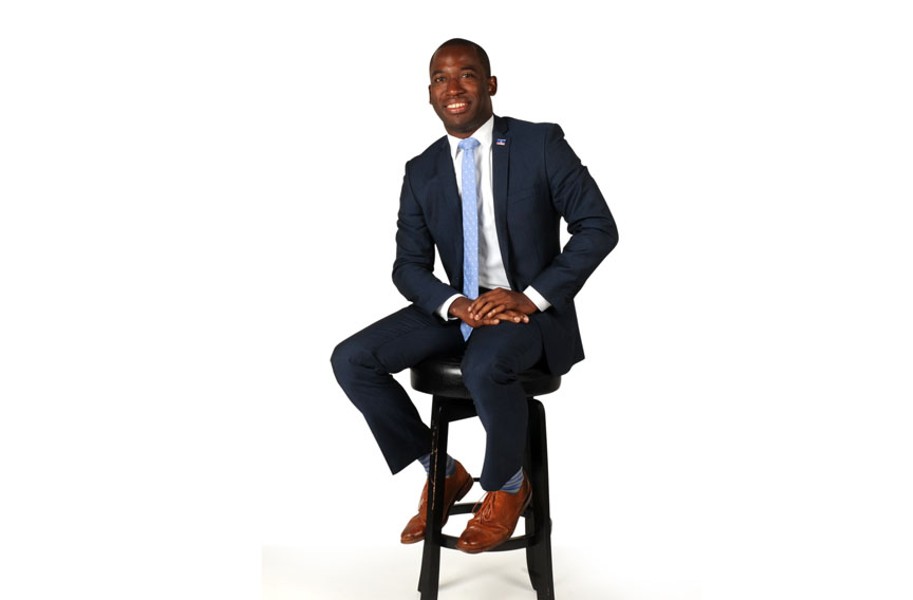 To say that 36-year-old Mayor Levar Stoney has raised the fashion bar at Richmond’s City Hall is to acknowledge first that the bar was set pretty low. Between city and state bureaucrats, few would wait at Ninth and Broad streets looking for inspiring street styles to photograph.

But Stoney brings a modern, skinny suit cut to the office — and more than a few nice ties. Style Weekly hereby dubs him its inaugural best dressed politician in hopes that this award will be more competitive in years to come.

Style: Where do get your suits and ties?

Stoney: I’m an online shopper. I peruse the Web for good deals on suits and shirts and ties. Locally, I’ve been a patron at Ledbury more than a few times. I have not stepped into the category of folks who are able to actually purchase a Ledbury suit yet, but it’s a goal of mine. Brands I like — obviously Ledbury. I like Alton Lane. Kenneth Cole. Ben Sherman’s at the top of my list as brands I normally wear.

I don’t. But I’m known to go looking, if I want to match something, if I want to try something new — I search it on Google and see who else might be wearing something like this. That helps guide me in the morning. But sometimes you run out of time, you just have to make a decision and step out there.

Before I was mayor, I liked patterned shirts a lot. And I’ve decided to go more with whites and blues and plain-colored shirts these days, because it just looks sharper. And I like to match that up with ties that are bolder and stand out. I like the more sharp, clean, classic look these days.

Is there anyone in the city who inspires you sartorially?

Do you have a favorite suit that you wear when you know you’re going to have a rough day?

A rough day? How about a great day? So there’s an outfit I wear when I feel like I’ve got to be like, “I got this.” When I gave my inaugural speech, Jim [Nolan, the mayor’s spokesman], said, “Wear what makes you feel good.” And so for my inauguration, for my election night and for the budget speech — I didn’t wear the same thing to those three speeches — but when I looked in the mirror, they felt like “I got this” outfits.

So normally it’s a dark suit, blue suit, white shirt and a tie that I feel good about — normally a blue tie. And believe it or not, I’ve acquired these socks — socks are really my thing right now — and on the socks, it says, “I got this.” And there’s a guy riding a dinosaur.