The mayor gets his $62 million, and privatization gets pushed aside. But the Downtown Expressway debate isn’t over yet. 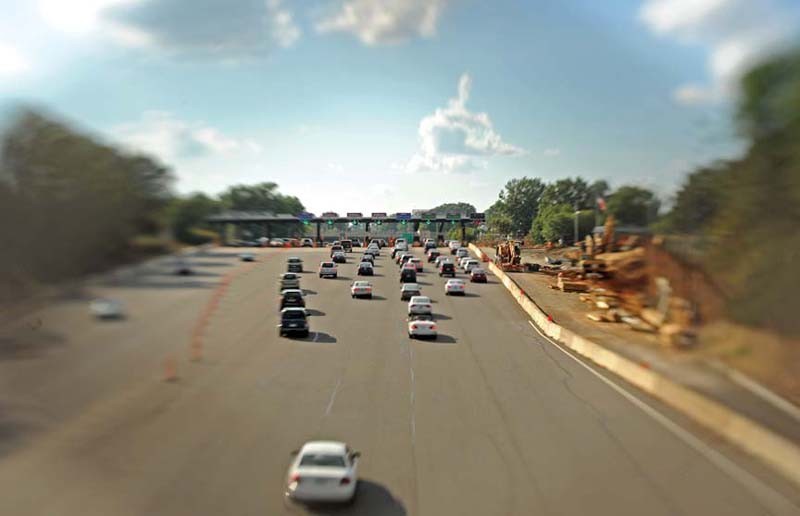 The city is taking its money and running. Debate about the future of the Downtown Expressway and Powhite Parkway effectively ended last week when the Richmond Metropolitan Authority approved a plan to refinance existing debt and repay the city $62 million for early loans to the system.

Mayor Dwight Jones wins a major political coup heading into an election year, but not without a cost. In the last few weeks, while City Council members and others questioned the merits of the deal, a new element was inserted into the debate: Should the expressway system, which is owned and operated by the authority, be privatized?

The fear or rising tolls is easy to politicize, as Jones did, and it’s clear why Berry is opposed to privatization, which would in essence eliminate the need for a regional authority. But when the city’s financial adviser, David P. Rose, a senior vice president at Davenport & Co., railed against privatization, the case was cemented.

In a politically tinged assessment to Chief Administrative Officer Byron Marshall Oct. 7, Rose writes: “Unfortunately, there is no silver bullet when a local government sells a revenue producing asset. … Selling or leasing the system would simply result in higher toll rates over the next 20-30 years for a one time, up-front payment to today’s politicians.”

But the argument against privatizing the expressway system overlooked some key factors: Namely, the toll road already generates $35 million a year in revenues, with net income in its most recent fiscal year of $10 million. The toll road has nearly 40 years of traffic history, so it’s easier to project future toll collections. And compared to other such roads across the country, the authority has only 5.9 miles of road to maintain, plus multiple bridges. In other words, it’s a healthy business.

Robert W. Poole, director of transportation policy at the Reason Foundation, says toll roads generally are attractive to pension funds, which prefer stable, long-term investments. As for the city’s expressway system, he says, toll roads with a long history of toll collections are especially attractive: “It’s a reasonably sure bet.”

It’s valuable enough that two companies sent letters to the expressway authority early last week, the morning the board of directors was scheduled to vote on the refinancing package. By refinancing the existing debt and repaying the city its $62 million — for early loans to cover the toll road’s bond payments — the authority increased its total debt to $188 million. Instead of paying off its existing debt by 2022 — at which point the toll road will revert to city ownership — the debt won’t be paid off until 2041.

The board voted 11-0 to approve the deal, despite receiving the letters of interest from the two companies — Abertis USA Corp. and the Carlyle Group — and a letter from five City Council members asking the authority to hold the vote until other alternatives could be explored.

“There’s also been some conversation about privatization and the Public-Private Transportation Act, and us repaying the subordinate debt does not preclude a firm from making a proposal in the future with regard to the RMA,” Berry told the board Oct. 18.

Abertis USA’s president, Jordi Graells, says the company may still submit a proposal to the authority, possibly this week, for a deal worth in excess of $250 million for a 30-year lease. Graells tells Style Weekly that the deal won’t require significant toll increases, except inflation adjustments. As it stands, the Richmond Metropolitan Authority increases tolls about every 10 years, and the most recent, from 50 cents to 70 cents, represents an annualized rate of 4 percent. If Abertis’ deal were accepted today, it would be allowed to raise tolls by a little more than 3 percent.

“The rates are now correct, so the user would not have to pay significantly more than now,” Graells says. Of course, his analysis is only preliminary, but the notion of privatization leading to dramatically higher tolls, he suggests, isn’t accurate.

The privatization debate, however, may be moot. After the RMA approved the refinancing, there’s little impetus to consider such options in the near future. And it may not be an option in a few months. Some predict a renewed push in the General Assembly to equalize the authority’s board after the city receives its $62 million.

The mayor appoints six of the 11 members of the board. Chesterfield and Henrico counties each appoint two members, and there’s a state transportation official on the board. Because more than 60 percent of the expressway system’s traffic comes from Chesterfield, there’s long been a push to give the county more representation on the board.

“It doesn’t make sense to me that you wouldn’t have a board that has equal representation,” says Delegate Manoli Loupassi, R-Richmond, who supported previous attempts in the General Assembly to change the board’s makeup. Loupassi put off introducing legislation to give the counties more seats on the board last year, and says he hasn’t decided whether a new push is warranted in light of the recent refinancing. “Time will tell,” he says.

But the privatization genie is out of the bottle. On Thursday the same five City Council members who called on the expressway authority to delay its vote issued a statement expressing disappointment that the mayor didn’t consider other options.

“We are disappointed in Mayor Jones’ refusal to work with Richmond City Council or to fully answer questions on behalf of the Richmond citizens and taxpayers we represent,” it said. “We believe this is an important issue and the people deserved for all options to have been explored.” The letter was signed by councilmen Marty Jewell, Tyler, Charles Samuels, Doug Connor and Reva Trammell.

Privatization isn’t completely off the table. Berry insisted last week that refinancing the existing debt and issuing new bonds — it cost about $1.7 million in legal and issuance fees, which wouldn’t be recovered if the bonds were paid off early — doesn’t preclude considering the privatization option in the future. Jones echoed that sentiment during a City Council meeting Oct. 17.

Whether such options get a serious hearing in 2012, an election year, may be wishful thinking.

In other words, it already may be too late. S