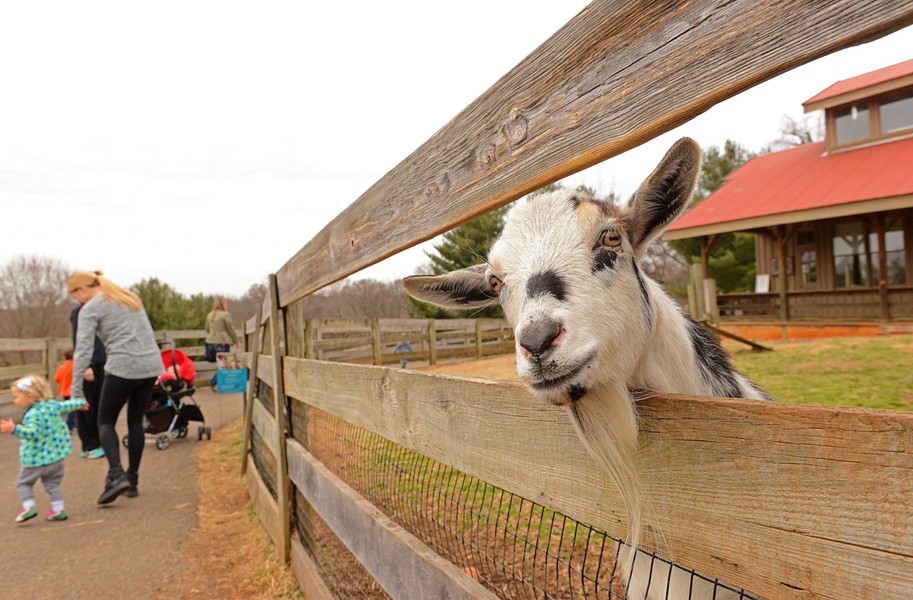 Scott Elmquist The barn where the goats at Maymont live is due for an overhaul.

Maymont is a little more than half way to its $35 million fundraising goal for improvements around the historic Gilded-Age estate above the James River.

That means the barn where Maymont’s wily, alfalfa-pellet-hungry goats live soon could be fully renovated. And the nature center that’s home to a family of otters and countless fish is likely to see its first overhaul since opening in 1999.

“We want to redo the main gallery to focus on the run of the James River,” says Norman Burns, Maymont’s executive director.

Last week, the foundation offered neighbors a preview of the plans at a community meeting on the campus, which was donated to the people of Richmond by its owners, James and Sallie Dooley, after their deaths.

The accommodations at the foundation’s petting zoo will maintain traditional barn appeal — no luxury goat houses here. “Not at all,” Burns says. “The barn will keep its same character.”

Next to the barn, it will construct an animal care center. As things are now, if a bear needed anything other than a routine checkup, for example, it’s loaded into a vehicle and taken to a veterinarian’s office.

Improvements are in the works for humans, too. The farm’s restrooms will be renovated and a new classroom will be installed. Maymont’s staff will be centralized into a planned foundation headquarters. And new signs will be installed across the property.

Burns says directional signs are ready to go and will be installed in the coming months. The other improvements are on a looser timetable, he says. The foundation is still seeking feedback and developing plans. Burns says he hopes construction will begin “in the next few years.”