This law is really about turning pregnant women into the criminals. 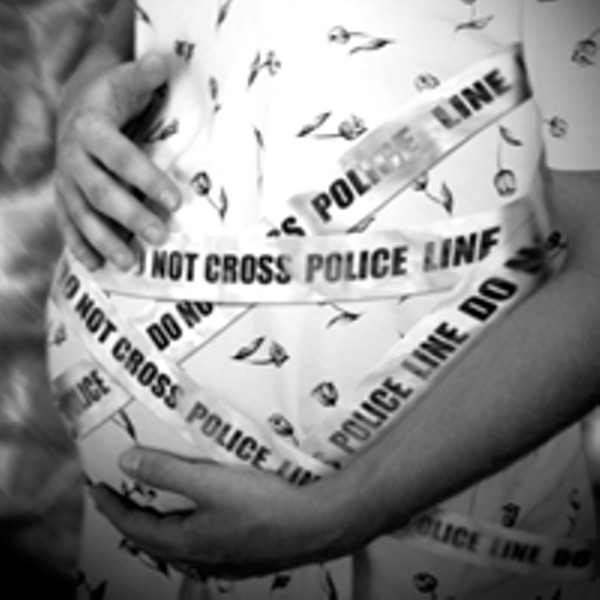 The UVVA creates a federal law making it a crime to cause harm to a “child in utero,” recognizing everything from a zygote to a fetus as an independent “victim,” with legal rights distinct from the woman who has been attacked. More than 30 states already have similar laws on the books. In practice, these laws treat the pregnant woman as little more than collateral damage in an attack portrayed to the public as one directed against the fetus. Moreover, pregnant women in states with such laws are more likely to be punished for behaviors and conditions that are not criminally punished for other members of society.

Paradoxically, the UVVA does not make it a federal crime to attack pregnant women, and its sponsors explicitly rejected proposals to protect the woman herself under federal law. And yet homicide is the No.1 killer of pregnant women. It has long been known that violence against women increases during pregnancy. There is no data, however, to support the view that this violence is motivated by a particular hostility toward fetuses who must therefore be given protection separate from that afforded to the expectant mother.

Sen. Lindsey Graham, a Republican from South Carolina, claims that the UVVA is “about criminals who attack pregnant women.” Graham, perhaps more than any other senator, should know that what this law is really about is turning pregnant women into the criminals. After all, his home state of South Carolina offers a chilling example of the ramifications of laws creating special fetal interests. In 1984, South Carolina’s Supreme Court created a state feticide law in a case where a man viciously stabbed his pregnant girlfriend, causing her, among other things, to lose her pregnancy. In 1997, South Carolina used this law against a pregnant woman, Cornelia Whitner, who was charged with failing “to provide proper medical care for her unborn child.” Whitner had given birth to a healthy baby who tested positive for an illegal drug. Based on extrapolation of the state feticide law, Ms. Whitner was convicted of criminal child abuse. At sentencing Whitner begged for drug treatment. The judge responded, “I think I’ll just let her go to jail.”

While South Carolina ranks No.1 in murders of women by men and last in the number of state dollars spent on drug treatment, the primary targets of the state’s fetal protection laws are pregnant women and new mothers who need drug treatment and mental health services. As a result, scores of women in South Carolina who could benefit from treatment have been arrested, some escorted from hospitals in chains and shackles while still pregnant, others still bleeding just following a delivery. According to the Association for Addiction Professionals, women throughout the country “are second-class citizens when it comes to treatment for drug addiction and alcoholism.”

In America, we do not punish people for being sick. And courts generally do not permit the arrest of someone merely because they suffer the disease of alcoholism or other drug dependency. Nevertheless, relying on the argument that the fetus is an independent victim, hundreds of women nationwide have been arrested for continuing their pregnancies to term in spite of a drug or alcohol problem that for anyone else would be treated as a health problem.

Underlying these arrests is the belief that being addicted to drugs or having another health problem during pregnancy is no different from a man shooting his pregnant girlfriend in the head.

South Carolina’s feticide law goes even further and has also been used to punish a woman for experiencing a stillbirth. Regina McKnight was an indigent 22-year-old woman with a drug problem. She became pregnant and despite her problems had every hope of carrying her pregnancy to term, but the pregnancy ended in stillbirth. The hospital reacted not by offering her counseling or drug treatment, but rather by helping build a criminal case against her. Eventually she was convicted of murder.

The South Carolina Medical Association and other leading health groups concluded that there was no evidence that McKnight’s drug use caused the stillbirth. Moreover, no one in this case, not even the prosecution, believed that McKnight had any intention of harming the fetus or losing the pregnancy. Had McKnight intentionally sought to end her pregnancy by having an illegal third trimester abortion, her sentence would have been two years in jail — but because of a law similar to the bill President Bush just signed, she is today serving a 12-year sentence.

Under South Carolina’s version of the law, one local prosecutor warns, “Even if a legal substance is used, if we can determine you are medically responsible for a child’s demise, we will file charges.” The pregnant woman who “allows” herself to be battered, and the woman who misses prenatal care appointments are both now vulnerable to prosecution for murder should something go wrong in the pregnancy.

In states whose fetal rights laws create explicit exceptions for the pregnant woman — such as California and Missouri — the laws have nevertheless been used to arrest pregnant women and newly delivered mothers. Utah prosecutors have declared publicly that its state feticide law provides the basis for arresting a pregnant woman for allegedly delaying having a cesarean section.

While courts, with the exception of those in South Carolina, have thus far struck down these prosecutions, the arrests continue based on a growing body of law declaring that fetuses have rights separate from those of pregnant women. And this is precisely the rationale underlying the UVVA bill President Bush signed.

Yes, some of UVVA’s sponsors have admitted that it is about abortion, but its most immediate and devastating threat is to women who have no intention of terminating their pregnancies and for many of whom abortion is abhorrent. Far from safeguarding pregnant women or children, the UVVA creates the legal foundation for policing pregnancy and punishing some women who carry their pregnancies to term. S

Lynn M. Paltrow is the executive director of National Advocates for Pregnant Women. This essay originally appeared on the Tom Paine Web page.