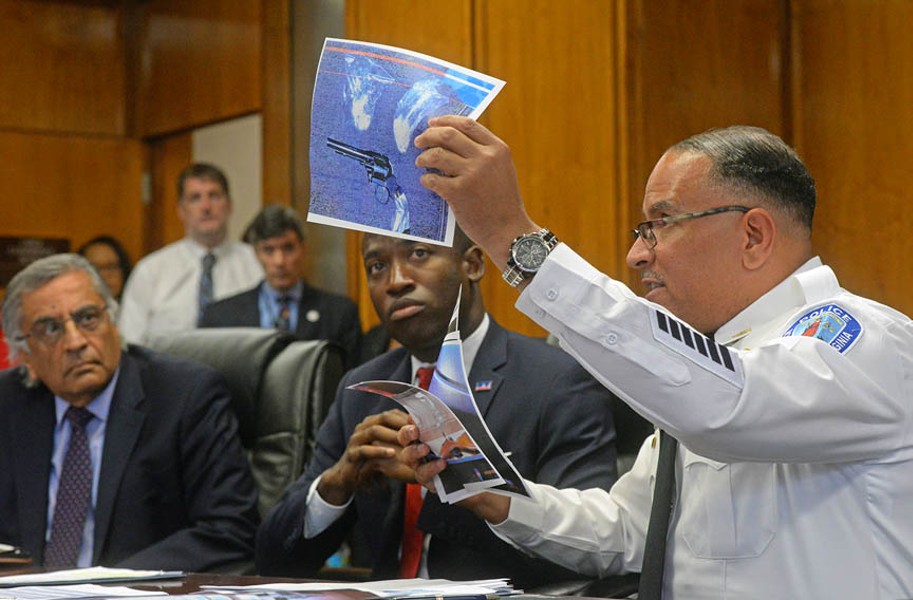 Virginia is a state where people love their guns, but the problem remains with those illegally possessing firearms — and how easy it is for them to do so.

"Convicted felons, young people, that's what creates the problem for us as a police department," says Police Chief Alfred Durham, adding that he just bought a weapon himself recently and was amazed at how quickly — in less than 30 minutes — he was in and out of the store. "You have a lot of people, girlfriends especially, who walk up to these gun shows and purchase three to four firearms and walk into a vehicle and turn these over to a felon," Durham notes . "It's that easy."

The Giffords Law Center to Prevent Gun Violence, based in California, grades states for its gun laws on an A through F scale. Virginia got a D.

Based on forensic evidence recovered from crime scenes, police often find a gun in the East End of Richmond is used and transferred to someone on the South Side, largely through the black market. Many firearms are stolen out of automobiles, Durham adds, yet people continue to leave them there.

"We're trying to arrest those illegally possessing or transferring these firearms," Durham says. He's pushed for legislation that would require lost or stolen firearms to be reported within 24 hours. It's been shot down at the General Assembly two years in a row, but he'll be back this year with community support, he says.

"They have to understand: Give the city of Richmond the ability to make its own law to address the uniqueness of crime gun violence in the city," he says. "Decision-making should be left at local level, not the state level."