I'd concluded that no individual had ever done more to diminish my hometown's moral spirit. 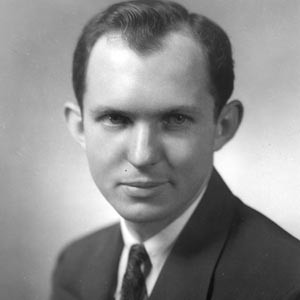 I was baffled to hear last week that James J. Kilpatrick (1920-2010), former editorialist of the Richmond News Leader, had died. Truth to tell, I'd killed him off in my mind years ago. Having grown up in Richmond during the 1950s and '60s, and as a newspaper junky since I could read, I'd concluded that no individual had ever done more to diminish my hometown's moral spirit.

Kilpatrick relentlessly and effectively championed massive resistance to desegregation through the bully pulpit of the News Leader, where he was editorial page editor from 1949-1966. “Brilliance and bias,” read the headline of the black-bordered obituary on the front page of the Aug. 17 Richmond Times-Dispatch. “A Courtly Warrior for Conservatism,” proclaimed The Wall Street Journal.

But The Washington Post got it right in quoting University of Virginia political science professor Larry J. Sabato on Kilpatrick's demise and his studied defiance to integration: “It was one of the saddest episodes in Virginia's long history, and it helped keep the state a backwater for years to come.”

In post-World War II Richmond, so much that was upbeat and prosperous stood in sharp relief to racial inequities. Sadly, Kilpatrick poured fuel on the fire with his separatist vitriol delivered with an authoritative voice. And in the mid-20th century, Richmonders didn't challenge authority: This was a smaller community, historically conservative and largely anti-intellectual. Kilpatrick's writings were also amplified because afternoon newspapers were at their zenith. There was no competing 24-hour television news cycle — CBS broadcast just 15 minutes of news each weekday evening.

Later in life, Kilpatrick carefully honed his rehabilitation through pithy appearances on TV and publishing tomes on writing. “Very few of us, I suspect, would like to have our passions and profundities at age 28 thrust in our faces at 50,” he said glibly. Maybe, maybe not, but few other 28-year-olds ever spewed racist venom with such fervor.

Our community would look and behave much differently today if it hadn't been victim to Kilpatrick's malevolent voice and the path it paved for another generation of conservative editorialists at the News Leader and later the Richmond Times-Dispatch, when the dailies merged.

While there is a supposed “wall of separation” between a newspaper's news and editorial operations, the public doesn't always grasp this. For many readers, voices from the editorial page reflect the news side as well. With Kilpatrick editorializing at the News Leader — and afterward — the entire operation was dragged down. For decades, many talented and dedicated journalists at the News Leader and Times-Dispatch were forced to be apologists for their papers. At gatherings and parties they had to explain that the newsroom was separate from the editorial desk.

Sadly, because of Kilpatrick and the legacy he established, working for Richmond Newspapers was not a moral or intellectual option for many aspiring journalists. But undaunted, in 1972 a trio of ambitious young Richmonders fresh out of college — Rob Buford, Garrett Epps and Edmund Rennolds III — established the Richmond Mercury, a weekly alternative paper. They published an alternative voice to the paper they believed had stunted the moral and political discourse of the city that their families had elevated and they loved. Their quixotic journey was undone by the economic recession of the 1970s — well before they turned 28. They were proud of their youthful “passions and profundities.”

I'd stopped reading Kilpatrick's editorials by the time I entered North Side's Chandler Junior High School in September 1963. My classes were fully integrated; I had black friends who were my age for the first time; there were no issues that I recall. Later that year Kilpatrick submitted a piece on civil rights to the Saturday Evening Post entitled “The Hell He Is Equal” (which the magazine pulled at the last minute because of a Birmingham, Ala., church bombing that killed four girls during church services). Kilpatrick was still writing editorials at the News Leader when I entered John Marshall High School where classes were 50-50 black and white. The black friends I had there remain among the most pulled together, brightest and nicest people I've ever known. Two black teachers made their marks: Carolyn Mosby came closest to connecting me with some semblance of understanding math. And my brilliant government teacher, Leontine T. Kelly, broadened my world view immensely.

So I realized firsthand that there was a severe disconnect about race. And if Kilpatrick, and those who followed his lead, were so wrong on this issue, on what other issues was my community morally and intellectually wrong?

But Kilpatrick had done his damage. In the early 1970s, when the federal court mandated busing, white Richmonders fled the city and its public schools. Racial relations were in shambles … and still are.

Our city has survived raids, wars, fires and floods. But nothing has left so deep a wound as the words of James J. Kilpatrick.

Edwin Slipek Jr., a native of Richmond, is the architecture critic and senior contributing editor at Style Weekly. He also wrote about art and architecture for the Richmond Mercury.