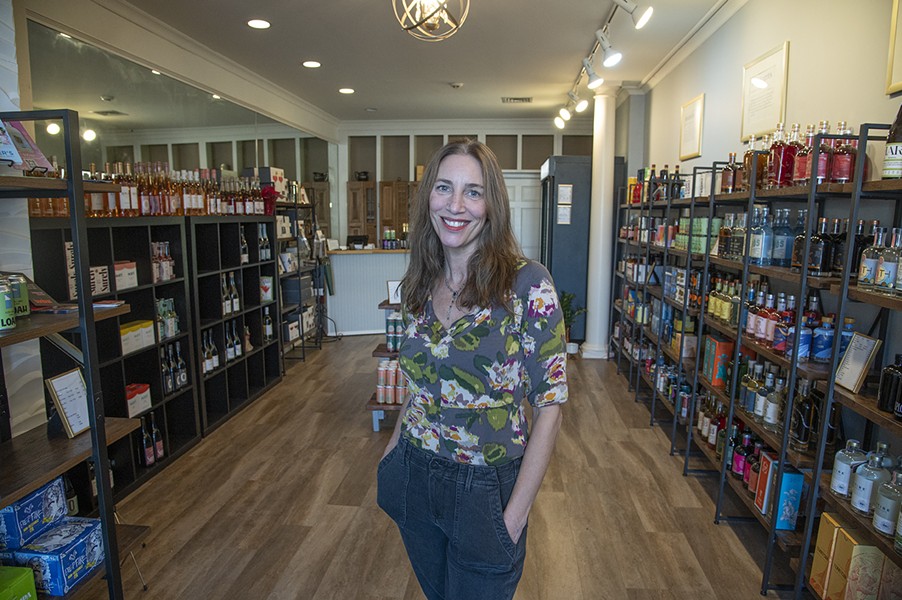 Scott Elmquist Point 5 owner Jody Sidle, who is originally from the United Kingdom, notes that this year's Dry January will be the largest yet, globally speaking.

After the onset of the pandemic, Jody Sidle spent months fluctuating between phases of increased drinking and times as a teetotaler before deciding to get serious about zero proof potables. Armed with only online reviews, she ordered a bevy of nonalcoholic beverages. Eighty percent of what arrived she promptly poured down the drain.

That was when she decided to open up a bottle shop of her own to better serve those looking to imbibe minus the booze.

From the jump, the name of Sidle’s shop – Point 5 – tells you what it is. All the spirits, wines, and drinks inside contain 0.5% alcohol or less, the legal definition for nonalcoholic products. To some customers, the reference is obvious. For others, it’s an easy segue to describing her wares. Business has been booming since Point 5’s June opening, but this month the shop may prove more popular than ever.

“This will be the biggest Dry January so far, globally,” says Sidle. “Seventy-five percent of my customers are drinkers looking to cut back but not ready to make that full jump. For me, I am all or nothing.” You don’t have to be sober to have a shop like this, she adds, but it’s important to “completely understand where her customers are coming from, and how difficult it is to still go out and have fun.” 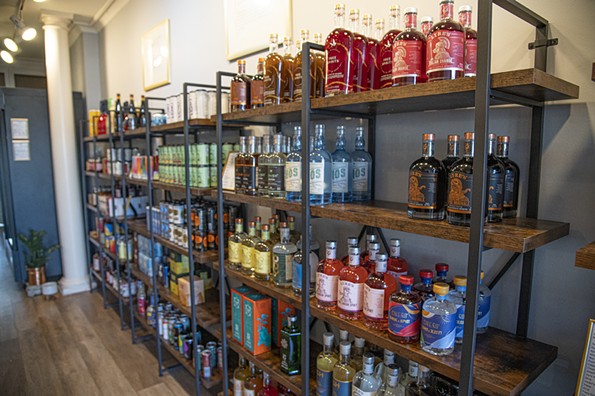 Whether a customer is pregnant, on medication, in recovery, or just looking to mix up a magnificent mocktail, Point 5 has got it covered. Typically, Sidle starts by asking customers what their situation is, and what they are looking to replace. Ninety percent of the roughly 140 products that Point 5 stocks are zero proof, and almost all can be made available to sample.

Between the wines Sidle keeps refrigerated and the dozens of bottles lining the shop’s bar table, customers might sample anywhere from 40 to 50 nonalcoholic beverages before making up their mind. The samples began as an easy way to help customers feel comfortable before spending any money, but the bar table proved so popular that Sidle made it permanent.

Point 5’s massive selection of cans offer a similar mix-and-match option. Rather than having to commit to a four or six pack of pre-mixed martinis, palomas, or Moscow mules, customers can purchase individual cans before dropping big dollars on unfamiliar drinks. 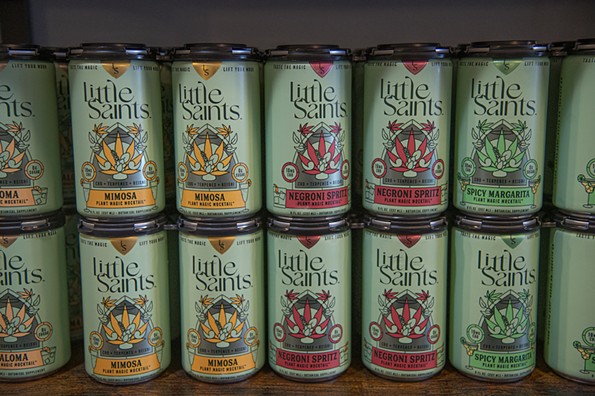 Though Sidle is no mixologist, she is more than happy to supply customers with suggestions about which nonalcoholic gin works best in a Negroni versus a gin and tonic, for example. To her, making a drink is more of a ritual to define the end of the work day and ease into a relaxing evening.

With over 30 wines from all over the world, Point 5 is more than able to help oenophiles sip soberly without the saccharine similarity to grape juice that has given nonalcoholic wines a bad rap. Whether you’re looking for a full-bodied merlot from France or a dry chardonnay from down under, Sidle’s Carytown shop has it in supply.

With roughly seven to eight brands for each of the rums, whiskies, gins, tequilas, vermouths, and other liqueurs, Sidle assures patrons that they “can take any cocktail of [their] choosing, remove the liquor, and put in some of the non-alcoholic spirit while keeping everything else the same.” Point 5’s robust selection of mixers, bitters, syrups and shrubs suits elaborate mocktails as well as pairings with plain old soda water.

Perhaps the bottle shop’s most interesting offerings are the adult spirits that don’t exist in alcoholic versions. Beyond the added advantage of not potentially triggering recovering alcoholics with a familiar flavor, the adult beverages are innovative and inspired. 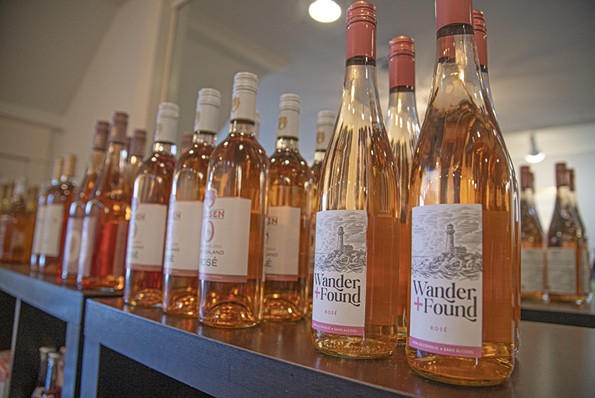 Pathfinder’s herbaceous profile is most similar to Jägermeister but derived from hemp seed. The Black Ginger from Tenneyson is so sippable that Sidle prefers it neat over ice. Whether mint or blueberry ginger, Amethyst’s two flavors mimic the refreshment of a Moscow mule. Add juice or tonic to Bonbuz’s blood orange or jalapeño grapefruit flavors and you will have a fully realized drink.

Since opening last summer, Point 5 has done pop-ups at Veg Fest, the Watermelon Festival, and Richmond’s Pride. Sidle just hosted a private party tasting and is helping craft the bar menu for a wedding later this month. She tells her interested customers that “any event that has booze, you can also use us.”

With the mocktail movement gaining momentum around town, her next angle of outreach will be to local restaurants and bars hoping to please the pallets of Richmond’s many teetotalers.

“In the United Kingdom where I am from, the pub is everyone’s pastime, and they have gin and tonic zero and nonalcoholic beers on tap,” Sidle explains. “You stand there with your pint just like everyone else, but yours is just zero proof. I would love to see us go this way too where alcoholic and nonalcoholic drinks can commingle seamlessly in the mainstream.”

Point 5 is located at 3435 W Cary St. in Carytown and is closed Mondays and Tuesdays. It is open Wednesday through Saturday from 11 a.m. to 6 p.m. and noon to 5 p.m. on Sundays.

Editor's note: The original version of this story used her married name, Short, which she says she gave out due to habit. But the subject asked if we could change it to her maiden name, Sidle, which we did. 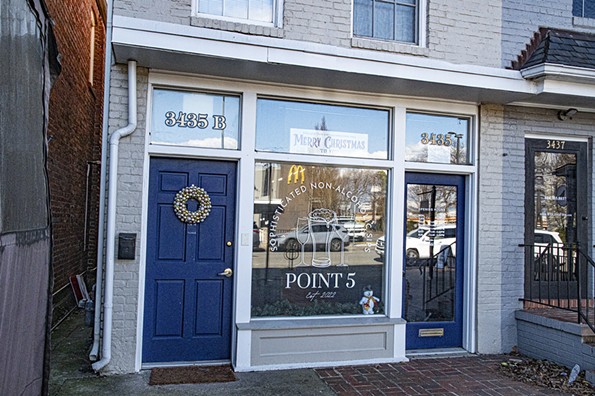