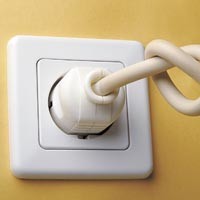 Maryalyce Poole has been going through a divorce, which is hard enough without having to manage her bipolar disorder too. She could feel the stress getting to her in January but kept herself out of the hospital with a deceptively simple therapeutic tool.

She relied on a prewritten plan reminding her of daily habits such as exercise and meditation, which can help keep her on an even keel, but also details her wishes for the therapies, drugs and hospitals she prefers. It documents that she favors St. Mary's hospital, is allergic to morphine and does not want to have electro-shock therapy. Her therapist, boss, priest and local rescue squad all have a copy.

These plans are well-established tools in the mental health community, but this month, the commission tasked with revamping the state's mental health code takes the first steps toward providing a legal foundation to such plans, called advance directives.

Twenty-five other states have provisions for psychiatric advance directives, but in Virginia laws only address so-called end-of-life decisions — when to resuscitate, when to use heroic measures, when to let someone go. The implications for broader advance directives reach beyond those arenas to any situation in which people aren't in positions to make their own medical decisions.

It would be a much-needed tool for people living with dementia or Alzheimer's disease, says Carter Harrison, director of policy for the Alzheimer's Association of Virginia.

The typical scenario that he deals with starts with an 81-year-old woman caring for her 85-year-old husband. The husband has dementia. One night he becomes incontinent and soils himself. He gets upset. He strikes his wife. She calls the police.

Recognizing that he isn't well, the police don't arrest the husband, but they do handcuff him in the back of the squad car. They take him before a special justice and get a court order to keep him in custody. If there's a bed available at a psychiatric hospital, he goes in for 72 hours to take anti-psychotic medication. Then, of course, he needs a more permanent solution, which can be even more difficult because a lot of nursing homes and assisted living facilities will not accept him because of the police incident.

“To say that [process] doesn't work particularly well for us is an understatement,” Harrison says.

If the proposed legislation passes, the wife could begin the process of committing her husband to a psychiatric facility before such an episode, even if the husband protests.

The opportunity to revamp medical directives also touches on another charged topic: gay marriage. There's a process in place for legally appointing someone to make legal decisions for patients who have become mentally incapacitated.

But in the absence of a prepared directive, the law relies on a prescribed pecking order: guardians, then parents, then next of kin, and so on. Spouses are the default second choice, but the task force is talking about adding a new category at the end of the list. The proposed language would allow “an adult who has exhibited special care and concern for the patient and is familiar with the patient's religious beliefs and basic values,” a clause that could open the door to gay couples who still can't legally marry.

So far, the religious right isn't protesting the changes. Chris Freund, a spokesman for the Family Foundation, says that people have always been able to grant whomever they wish a power of attorney regardless of marital status. “I don't see it as some major threat to marriage in the commonwealth,” he says.

Dyana Mason, executive director for Equality Virginia, says it's a step in the right direction, but wishes it went further.

“We certainly welcome the recognition that there may be other people in the patient's life that may not be legally recognized under [Virginia] law,” she says, “but it's a little troubling that they're last. A cousin living out of state or a long-lost relative may have more rights than someone whose been looking after them and taking care of them.” S