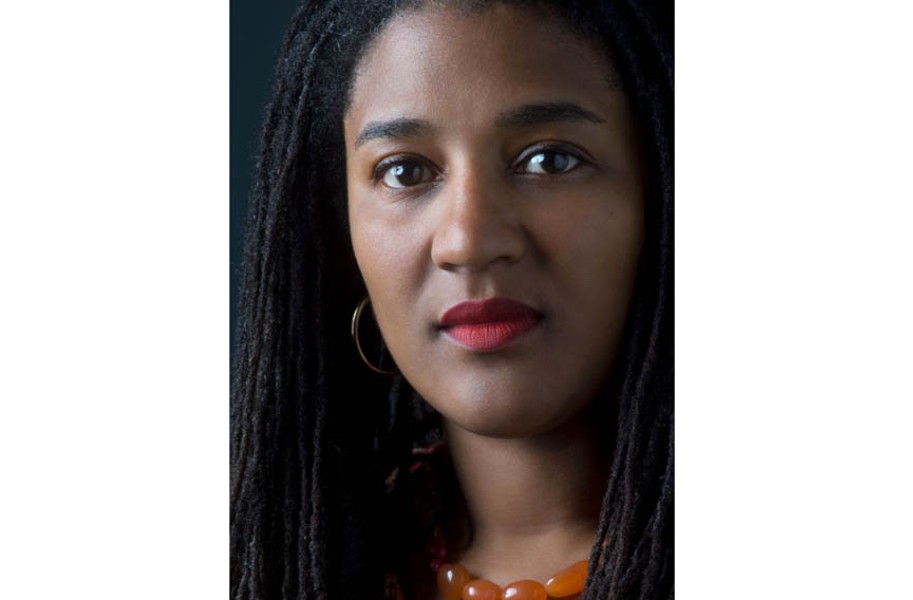 Playwright Lynn Nottage was the first woman to win the Pulitzer Prize for drama twice.

Donald Trump has been credited for tapping into festering dissatisfaction within the working classes when he started his run for president in 2015. Lynn Nottage had him beat by four years.

In 2011, the playwright started researching what would become "Sweat," a powerful exploration of the effects the closing of a steel factory has on the people of Reading, Pennsylvania. In the play, the sense of abandonment and hopelessness has turned the community inside out, pitting friends against one another.

Nottage's play opened at the Public Theatre in New York the week before the 2016 election and, not only did it win her a second Pulitzer Prize, it earned her recognition as being uniquely attuned to the mood of the country. The Wall Street Journal called it "The Play That Explains Trump's Win."

Nottage will bring that prescience and creative insight to University of Richmond's Modlin Center for a one-night talk entitled Life, Career, and Creative Process. "Nottage isn't just a force in African-American theater," says local actor, director and Virginia Commonwealth University professor Tawnya Pettiford-Wates. "She's at the forefront of where theater is going."

Pettiford-Wates is looking forward to Nottage's visit for many reasons. She appeared in Richmond's only professional main-stage production of Nottage's groundbreaking "Intimate Apparel" when the Barksdale produced it in 2007. She also was born in Pittsburgh and knows from firsthand accounts what is happening to the large industrial cities in America.

"The closing of the factories and the crumbling industrial economy is an American experience, not an exclusively African-American experience," Pettiford-Wates says. "Nottage is able to address the intersectionality between race and class in a show like 'Sweat.'"

Nottage has always taken a journalistic approach to her work, often doing extensive interviews to understand the changes going on in a community. Her first professional play, "Crumbs From the Table of Joy," was written in part to understand Brooklyn, the community where she grew up. Produced off-Broadway in 1995, it would go on to win two NAACP Theatre Awards. Later, she would spend months interviewing survivors of the civil war that devastated the Democratic Republic of Congo. The play that resulted, "Ruined," won Nottage her first Pulitzer Prize for drama in 2009

She also may be the American playwright most in touch with the defining importance of work. Arguably her most famous play is "Intimate Apparel," the story of a seamstress who falls into a forbidden relationship with a Hasidic Jew as they bond over their appreciation of fine fabric and the intricacy of creating clothes. The play opened off-Broadway in 2004 starring Viola Davis and brought Nottage's work to the attention to a much wider audience. She was awarded a MacArthur Foundation genius grant in 2007.

Nottage explained the process of researching "Sweat" to Fortune magazine, saying "I sat in rooms with middle-aged white men, and I heard them speaking like young black men in America. They had been solidly middle class for the majority of their working careers, but now they were feeling angry, disaffected, and in some cases, they actually had tears in their eyes."

Her strength as a great storyteller allows Nottage to escape being pigeon-holed as only writing "issue" plays. "She's very eclectic," Pettiford-Wates says. "In a show like 'Intimate Apparel,' you have race, class and religion colliding but those deeper issues only intersect as the story reveals itself to you through this one woman's experience."

Pettiford-Wates sees the potential for fundamental changes in the theater world thanks to women like Nottage. "Plays that are woman-centered still aren't produced as frequently as those about men," she says. "More people are willing to recognize talented woman writers thanks to Nottage. I hope it's not a temporary door opening. I hope the door is now truly open and that more people can come through. Nottage is definitely paving the way for others behind her." S

Lynn Nottage will be appearing at the Camp Concert Hall at University of Richmond's Modlin Center on Wednesday, Feb. 28, at 7:30 p.m. Tickets and information available at modlin.richmond.edu.