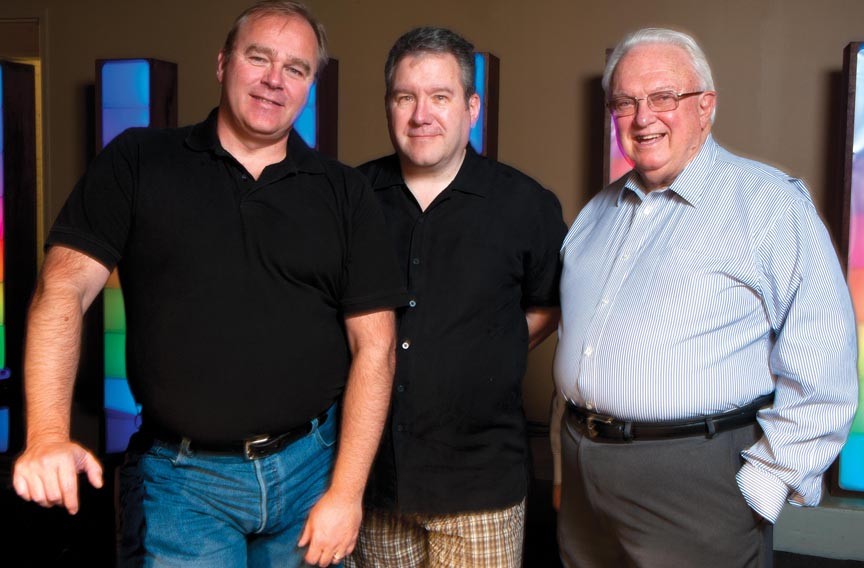 A businessman and an actor walk into a bar.

No, really. That's how the Richmond Triangle Players got their start.

Two decades ago, the local theater landscape was a conservative one, with few opportunities to produce edgier work. One night at after-hours club Fielden's, actor Steve Earle lamented that there wasn't any place for the kind of theater he wanted to perform — namely, more liberal plays with gay themes.

Michael Gooding, the businessman, took Earle's idea to the owners of Fielden's and got permission to build a stage in the speak-easy's Mansion Room. For its first performance, the group selected Harvey Fierstein's trilogy of one-act plays, "Safe Sex," and announced that profits would benefit the Fan Free Clinic. Hyped solely by word of mouth, all three performances sold out. A theater company was born.

"Everyone just thought it would be a one-time function," says Phil Crosby, the players' managing director. "The audience decided, 'You know, we need this.'"

From its very first year, the company began a tradition of staging a varied season, performing everything from AIDS-related dramas to "Vampire Lesbians of Sodom." The company's mission was to create works relevant to sexual minorities and to offer a safe place for patrons to be themselves. Still, some involved in those early days feared outside persecution.

"When we first started out, it was hard to get actors to work for us because they were afraid that they would get labeled gay, or they worked for a company and could lose their jobs," says John Knapp, the players' artistic director. He recalls one teacher who worked under a pseudonym for fear of getting fired.

After staging shows at Fielden's for 15 years, it became apparent that the institution was outgrowing the space. There was no place to store costumes and set pieces, the restrooms were shabby, and the club didn't comply with the Americans with Disabilities Act, making it hard for the company to secure grant funds. For the next year and a half, the company took its shows on the road, staging at venues like the Gay Community Center Bingo Hall, HATTheatre and the Metropolitan Community Church of Richmond.

Working with architects and a Virginia Commonwealth University class, the company formulated a plan for its future, with the centerpiece of its hopes being its own space to stage shows. The price tag was in the millions, the plan more an expensive dream than an achievable goal.

After reaching an agreement with the theater, Moss purchased the former radiator repair shop, and the company began remodeling the space. It required a new roof, ventilation, plumbing and wiring. The biggest undertaking was power-washing away the quarter-inch of grease and grime that had accumulated on the walls through the decades.

In February 2010, the company opened its new spic-and-span location near Broad and Boulevard, and since has gained an audience it never expected. Crosby estimates that about 60 percent of audience members identify as heterosexual.

"I think Richmond has grown up some," Crosby says. Though the company's mission hasn't changed, Crosby says it wants its message of inclusion and diversity to reach as broad an audience as possible.

The theater has also adopted the mission of helping fledgling organizations. Cadence Theatre Company rented the players' space twice in its first year, the now-defunct company Stage B worked out of Triangle last season, and the Ghost Light After Party, an open-mic cabaret, has held monthly events there since January. Triangle also is host to a number of cabarets, including shows by Georgia Rodgers Farmer, who sells out every performance.

The company has won critical recognition as well. As the Richmond Triangle Players kick off their season, they're in the running for 10 awards from the Richmond Theatre Critics Circle, of which Style Weekly's Rich Griset and Dave Timberline are members. The company may have gained a wider audience than it anticipated, but still sees plenty of work to be done on gay, lesbian, transgender and bisexual issues.

"As long as we're still fighting for equal rights — and I don't think the state of Virginia will be changing anytime soon," Knapp says — "I think we're still going to be relevant."