Our award-winning, veteran photographer looks back at the most memorable images he created from 2017.

With only a police car separating the two sides and the disputed Lee statue in the background, counterprotesters and members of white nationalist groups erupt in anger. Gov. Terry McAuliffe issues a state of emergency and city officials declare the rally an unlawful assembly.

Photographer's note: I was wedged in with the crowd and could see the two sides converging. Getting the image at eye level wasn't working, so I simply held the camera over my head to get some scale of the crowd. I knew where the statue was, so I wanted to show the chaos and the reason behind it, the Robert E. Lee monument.

Many mistook militia groups, who arrived armed with assault rifles, for the National Guard. Here, members of the clergy line the street, arm-in-arm, in support of the counterprotesters.

Photographer's note: For me, the juxtaposition of the heavily armed militia member and the clergy members was a defining image of the Charlottesville experience. Prayer versus firepower.

Vianne Smith mourns her daughter Jenelle at a vigil on S Street in Richmond's East End. Smith was murdered in Gilpin Court on Sept. 10.

Photographer's note: This is probably one of the most haunting images I've ever made. As Mrs. Smith spoke about her daughter, her eyes kept glancing skyward. Her eyes coupled with the images of her daughter on the T-shirts illustrate the incredible pain of losing a child.

Hundreds of women and men from Richmond converged on the nation›s capitol to be part of the Women›s March on Washington, on Saturday, Jan. 21, 2017.

Photographer's note: I was pinned against a wall to avoid being swept away into the crowd. I noticed this person with the hat and the American flag coming toward me. I wish I could say the crop is intentional, but it wasn't. I simply lifted my 80-200 mm zoom lens and got of two shots before the crowd moved on. I like the gender neutral aspect of the image. It was a women's march, but this is a man in a pink hat. 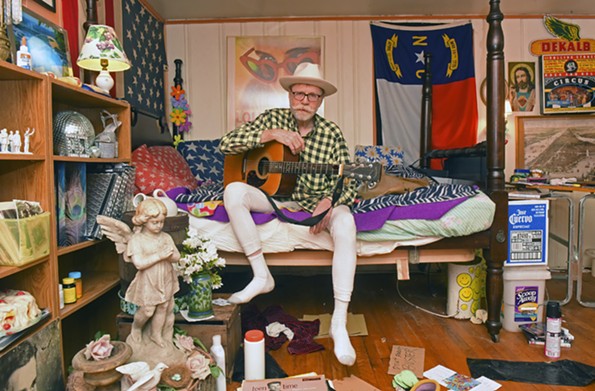 How Avant-Garde Richmond Photographer Gary Johnson is Reinventing Himself at 73. Published May 9.

Gary Johnson lived in this room for 12 years, until a friend's untimely death forced his eviction in March. It was his refuge from the fast-paced art world.

Photographer's note: This was an easy image to make. Johnson couldn't have been more agreeable to work with. Dressed in long johns and surrounded by the last of his earthly possessions, he sat on the bed with his guitar. As soon as he sat on the bed, I knew that was the image I wanted.

The Richmond Kickers opened their 25th season by winning 1-0 against Harrisburg, in front of a record crowd of 8,021 fans at City Stadium.

Photographer's note: Unlike most of sports venues, City Stadium is a low-key place to photograph a sporting event. Photographers can move freely. I was able to get a few solid images of the Kickers victory, including this one that demonstrates the rugged nature of the sport.

Liza Mickens, the great-great-granddaughter of Maggie Walker, glances skyward while speaking about her ancestor at the unveiling of the Maggie Walker statue on Broad Street. About 600 people gathered to welcome Richmond's latest work of public art. The unveiling took place on the occasion of Walker's 153rd birthday.

Photographer's note: I kept waiting for the moment when she would glance toward the statue. I wish there was a way to show both the statue and her in the same frame, but that was impossible without losing her expression, which says it all in regard to the outpouring of joy at the event.

Photographer's note: Everything was so chaotic I don't specifically remember making this image in the moment. It became the one I received the most feedback from in 2017. I walked into a grocery store one day shortly after publication and a woman was holding the issue and staring at the cover. I introduced myself and she told me the cover stopped her in her tracks. That is what you hope for when you set out to cover any event: to come away with a singular image that defines the moment.

Photographer's note: Photographing the air dog competition really never gets old. The hardest part of getting a good image is fighting through the crowds to find a good vantage point.

Hundreds attended a vigil on Memorial Day to honor slain Virginia State Trooper Mike Walter. He was shot in the line of duty while on patrol in Mosby Court on May 26.

Photographer's note: Mosby has been the site of numerous vigils through the years, but this is the first I can remember for a fallen trooper. Seeing Virginia State Police officers holding hands in the center of Mosby Court was a poignant moment, especially when the officers reached out and included residents in their moment of mourning.

Hundreds gathered on Brown's Island to catch a glimpse of the eclipse.

Photographer's note: This was another easy event to photograph, except for the blazing heat. These kids with the multicolored eclipse glasses were completely engrossed in the moment and I'm sure never noticed me making this image.

Come Hell or High Water, We haven't saved the James yet. Published June 7.

Photographer's note: I was standing next to the judges on the T. Tyler Potterfield Memorial Bridge, which was crawling with people, eager to get a view of the kayakers. Many boats passed by quickly, but luckily Bundy did a few tricks almost directly beneath me. I shot this with a long zoom lens at a fast shutter speed to stop the action.

Bouchra Balcha attended the Standing Together RVA solidarity rally at the Islamic Center of Virginia.

Photographer's note: I asked Bouchra to stand for a portrait after noticing her in the crowd. I found her to be the most striking person among the hundreds in attendance. Her hijab perfectly frames her face and the fierce stare illustrates the seriousness of the event.

More Photos of the Year:

Slideshow Photos of the Year 2017 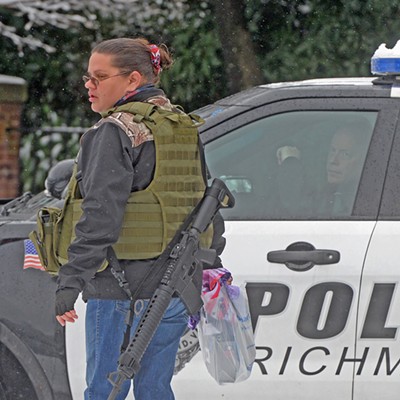 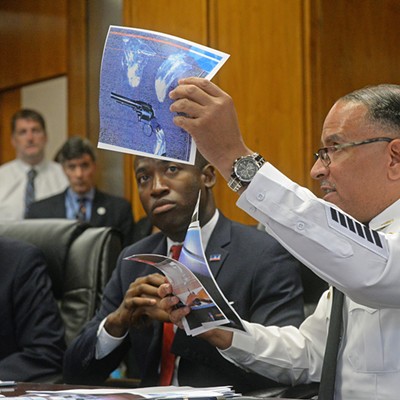 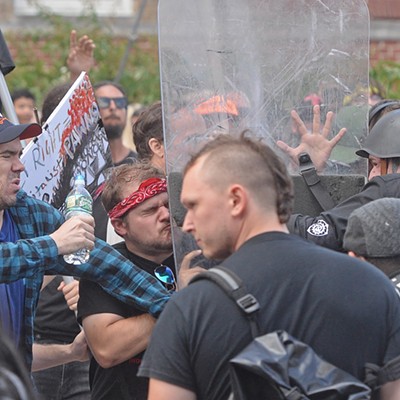 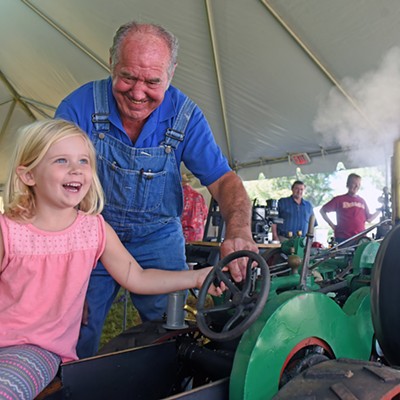 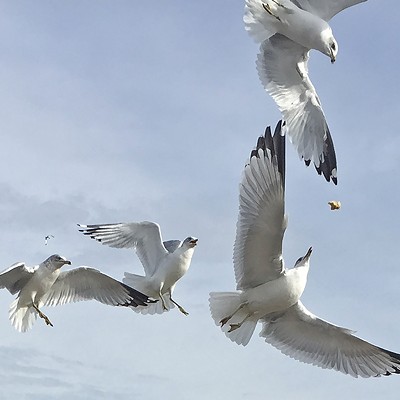