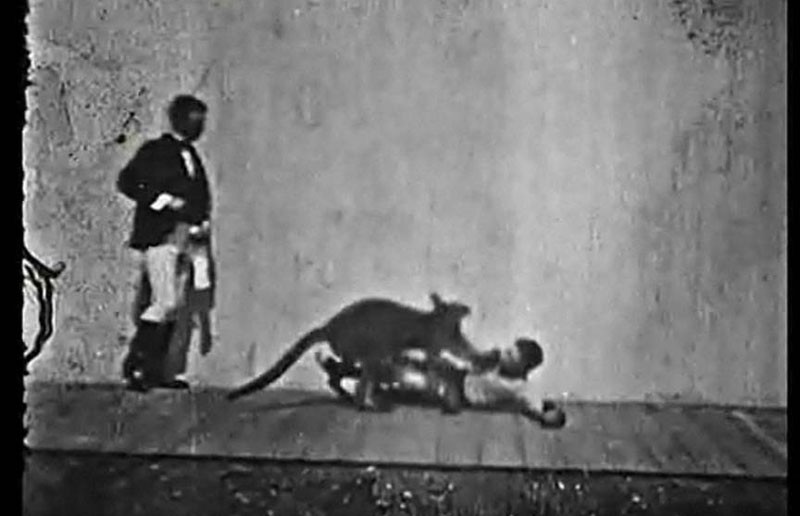 The jerky and scratched 44-second clip shows a pickpocket grabbed by a policeman on a sidewalk. He briefly escapes, only to be wrestled to the ground by a passing sailor and then handcuffed and taken away.

This is no camera phone video caught on a city street; it's a surviving print of "Arrest of a Pickpocket," the first fictionalized crime motion picture ever made. And it was filmed by a Richmond native named Birt Acres in London in March, 1895 — a full nine months before the acknowledged film pioneers, the Lumiere brothers, famously debuted their short films at Paris' Grand Café.

Born to British parents in Richmond's Shockoe Valley on July 23, 1854, Acres left Richmond at age 6 when his family bought a tobacco farm in North Carolina in hopes of escaping the encroaching Civil War. Acres' parents were killed and the farm burned by Northern troops just after they sent him back to Richmond to live with a wealthy aunt. Acres never spoke of his parents other than that his mother played the harp.

The orphan remained in Richmond until 1872, when he left to study fine arts, science and photography at Paris' Sorbonne School. After returning to Richmond in 1876, he bought a gun and a horse and traveled north to Alaska as a frontiersman. Around 1885 he moved back to England and set up a studio in the seaside resort of Ilfracombe for the "production of portraits by painting and photography." He married Annie Cash in 1891.

In 1892, with a reputation as a successful photographer and inventor, Acres patented a slide changer for projecting photographic slides in quick succession, simulating moving pictures. His "Story of a Cloud" was exhibited to Britain's Royal Photographic Society to great acclaim.

In 1893 an apprentice named Albany Ward wrote in a memoir: "I myself have seen Mr. Acres up to his chest in sea water taking rough sea studies and also taking cloud studies. ... He told [me] that he was interested in producing moving pictures and that he had produced a machine which gave very satisfactory results and that he was intending to start in the moving picture production almost immediately. ..."

After producing a few feet of blurred film in December 1894 (titled "The Henley Royal Regatta") using an experimental camera and 70 mm Kodak celluloid film, Acres was approached by an engineer named Robert W. Paul, who was pirating Edison's Kinetoscope ("peep show") machines and needed someone with photographic expertise to produce a movie camera and compatible films. By February 1895 they entered into a 10-year agreement and collaborated on their first film, "Incident at Clovelly Cottage," showing Acres' wife, Annie, pushing a baby carriage containing their son, Sidney. While never exhibited commercially, this film is recognized as the first true British film production.

From March until June 1895, Acres and Paul collaborated on numerous documentary and comic productions, including "Oxford and Cambridge Boat Race" (the first publicly shown British film), "The Epsom Derby," "Arrest of a Pickpocket" and "Boxing Kangaroo," before splitting acrimoniously less than two months into their agreement. Unable to agree on anything, Acres and Paul began attacking each other relentlessly in the British press, with their dispute climaxing in 1898 when Acres accused his former friend of gross insensitivity exhibiting film of an accident that drowned 39 spectators during the launch of H.M.S. Albion at Blackwell.

In what was possibly the first-ever film review, The New York Times reported that "Rough Seas at Dover" amazed the audience, especially when it showed images of "an angry surf breaking on a sandy beach near a stone pier."

Acres achieved much acclaim Jan. 10, 1896, with his first British performance of animated photography at Lyonsdown Photographic Club, one month before the Lumieres brought their traveling road show to London's Regent Street.

After filming the Prince and Princess of Wales at the Cardiff Exhibition in June, the royal couple invited Acres to exhibit 21 short films to 75 members of Europe's royal families, including Denmark's Princess Maud and Prince Charles, who invited Acres to film their wedding the very next day. Cecil Hepworth, who directed the first film production of "Alice in Wonderland" in 1903, assisted Acres at this screening. 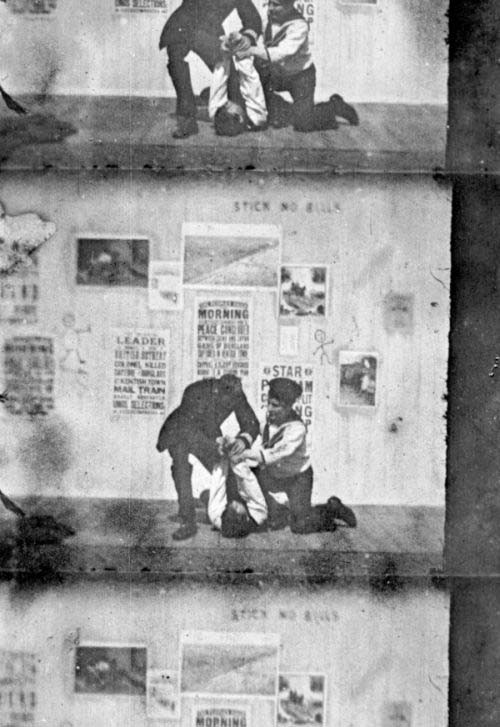 Unable to match the popularity or business savvy of his former partner Robert Paul, and believing the real money was in film manufacture and projection, Acres abandoned filmmaking to produce raw celluloid stock through his company, Northern Photographic Works. Always tinkering, he designed a group viewing projector called the Electroscope.

Acres hoped to capitalize on a potential amateur market in 1898 with the first true home movie camera and projector called the Birtac, described in a period catalog as "a 17.5 mm instrument for making and projecting animated photographs. Its cost in England is about $52. With a special included incandescent gas mantle, the Birtac apparatus projects a six foot picture easily upon the screen."

An 1899 booklet anticipating the slapstick potential of the medium says of Acres that he "dreams of a day when every pretty maiden and every love sick swain who goes to a picnic will carry a Birtac for recording such incidents as the sitting down of the lavender trousered gentleman in the midst of the custard."

Unfortunately, within weeks of announcing his invention, the Warwick Trading Co. introduced its own 17.5 mm camera and projector, called the Biokam. It was half the price and easier to use than the Birtac. By 1900, Acres' invention was history and he stopped film production entirely. After two bankruptcies he died of an appendicitis Dec. 27, 1918, in Whitechapel, London. He is buried in Walthamstow cemetery.

"In this branch of photography, it is really difficult to assign to any one individual the title of origination," Acres wrote in October 1896, trying to build his advantage as Britain's premier film pioneer. "Without claiming to be the originator of animated photography I do claim to have been the first to have made a portable apparatus which successfully took [moving] photographs of everyday life."

Lost to history, Acres' considerable achievements await rediscovery. And Richmond can take pride that an innovative native son jumpstarted generations of British film production, from the primitive beginnings of "Arrest of a Pickpocket" up to 2011's Oscar-winning "The King's Speech." S