VMFA focuses on the art of the photograph. 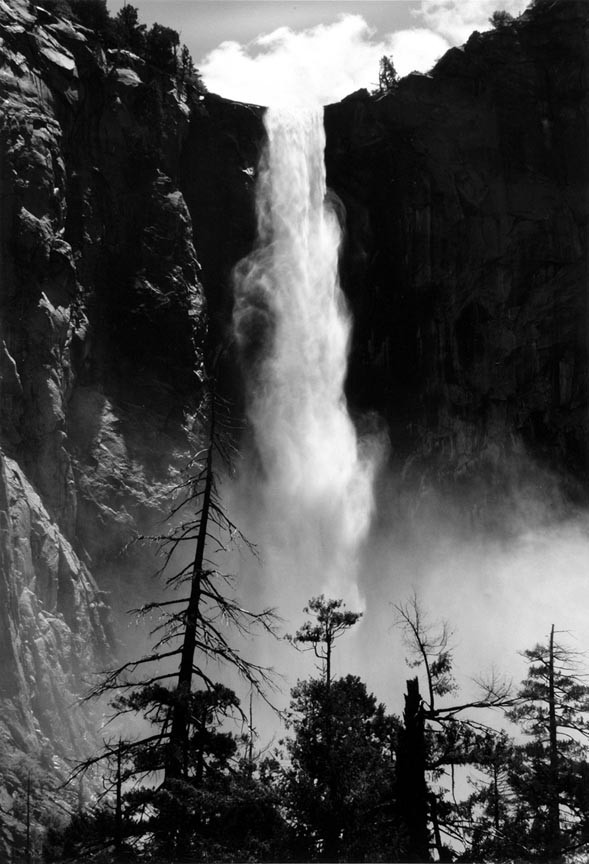 In a modest third-floor gallery at the Virginia Museum of Fine Arts, an innovation in the museum's photographic curatorship is taking place with the exhibition, "The Majestic and the Mundane: Landscape Photographs by Ansel Adams and Lewis Baltz."

It hails from the vaults of the museum's photography collection, offering prints rarely, if ever, seen by the public. But the real excitement is in the alluring juxtaposition of Adams, the quintessential American landscape photographer who spent a career capturing the colossal vistas of the American West, and Baltz, documenter of midcentury suburban and industrial sprawl and the rapid homogenization of that same American landscape.

Baltz, like Adams, had an underlying concern for the environment that stimulated his photographic discourse, but Baltz found his subject matter among the human detritus ignored by society in a haze of postwar real estate development. This eye for the mundane was found distasteful by members of the insular photographic world at that time, who were either directly descendant of the sublime Adams aesthetic or exulting Garry Winogrand and Diane Arbus-type social photography. In 1975 Baltz participated in a mostly unnoticed group exhibition at George Eastman House in Rochester, N.Y., called "New Topographics: Photographs of a Man-altered Landscape," which ultimately came to mark a shift in how the art world treated contemporary photography.

Balz shot the "San Quentin Point" photos in the exhibit from 1982 – 1986. They survey the land between San Quentin Prison and one of California's wealthiest suburbs, and act as the third in a trilogy of his industrial landscape series. They offer something at once boring and beautiful. The mundane becomes majestic as Balz uses many conventions of traditional landscape photography and an ambiguous sense of scale to approach industry's indifferent use of the land.

This provoking exhibition is the brainchild of the museum's new assistant curator of modern and contemporary art, Sarah Eckhardt, who approaches photography as an integral and deeply embedded aspect of art history.

This perspective is so widely accepted now as to seem obvious, but that hasn't always been the case. As recently as the 1970s, photography wasn't being collected by most major museums. There were only two main venues for serious photography exhibition at that time: Eastman House and the Museum of Modern Art in New York. A few prudent museums began collecting in earnest by the mid-'70s and VMFA was among them because of the independent aspirations of George Cruger, an employee, not a curator, of the museum. His interest in the form informs a bulk of the museum's outstanding collection.

The museum aims to diversify its collection through acquisition, to integrate relevant photographs among the museum's permanent galleries and to create high-level programming through a new development group, Friends of Photography. The third-floor gallery showing "The Majestic and the Mundane" has been newly dubbed the photography gallery, and will serve as host for as many as three exhibitions a year from the museum's collection. Along with special exhibition programming such as the recent Sally Mann and South African "Darkroom" exhibits, the museum is bringing fresh focus to photography. S

"The Majestic and the Mundane: Landscape Photographs by Ansel Adams and Lewis Baltz" will be on view through Feb. 26. The inaugural event for Friends of Photography will take place Oct. 28 at 6 p.m. For information visit vmfa.museum.