The UCI Road World Championships run through Sept. 27. Find a Richmonder’s Guide to making sense of it all here, and get information on the logistics of watching at navigate.richmond2015.com. 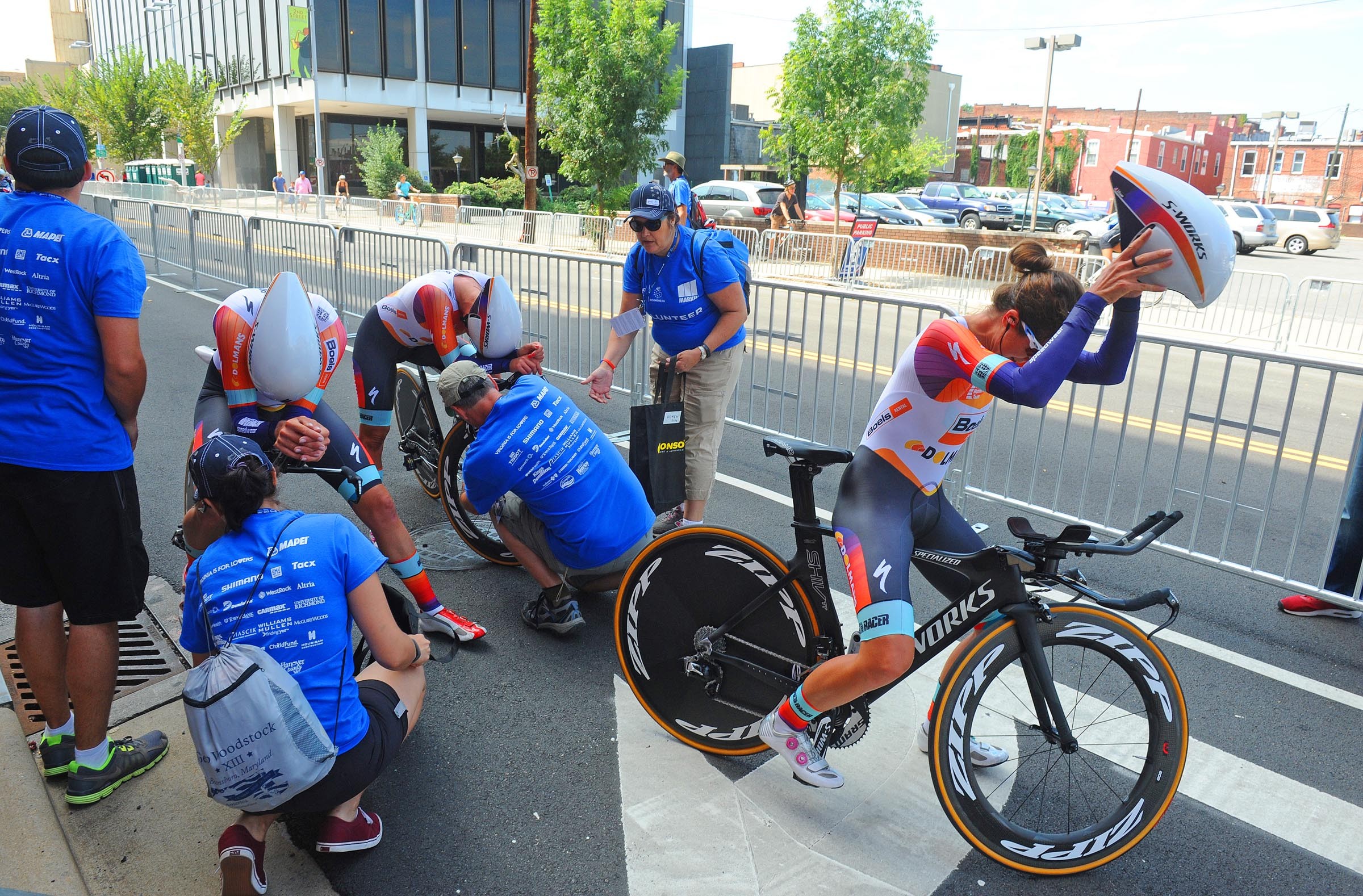 The Boels Dolmans Cycling Team is checked in by volunteers at the end of the elite women’s team time trial. 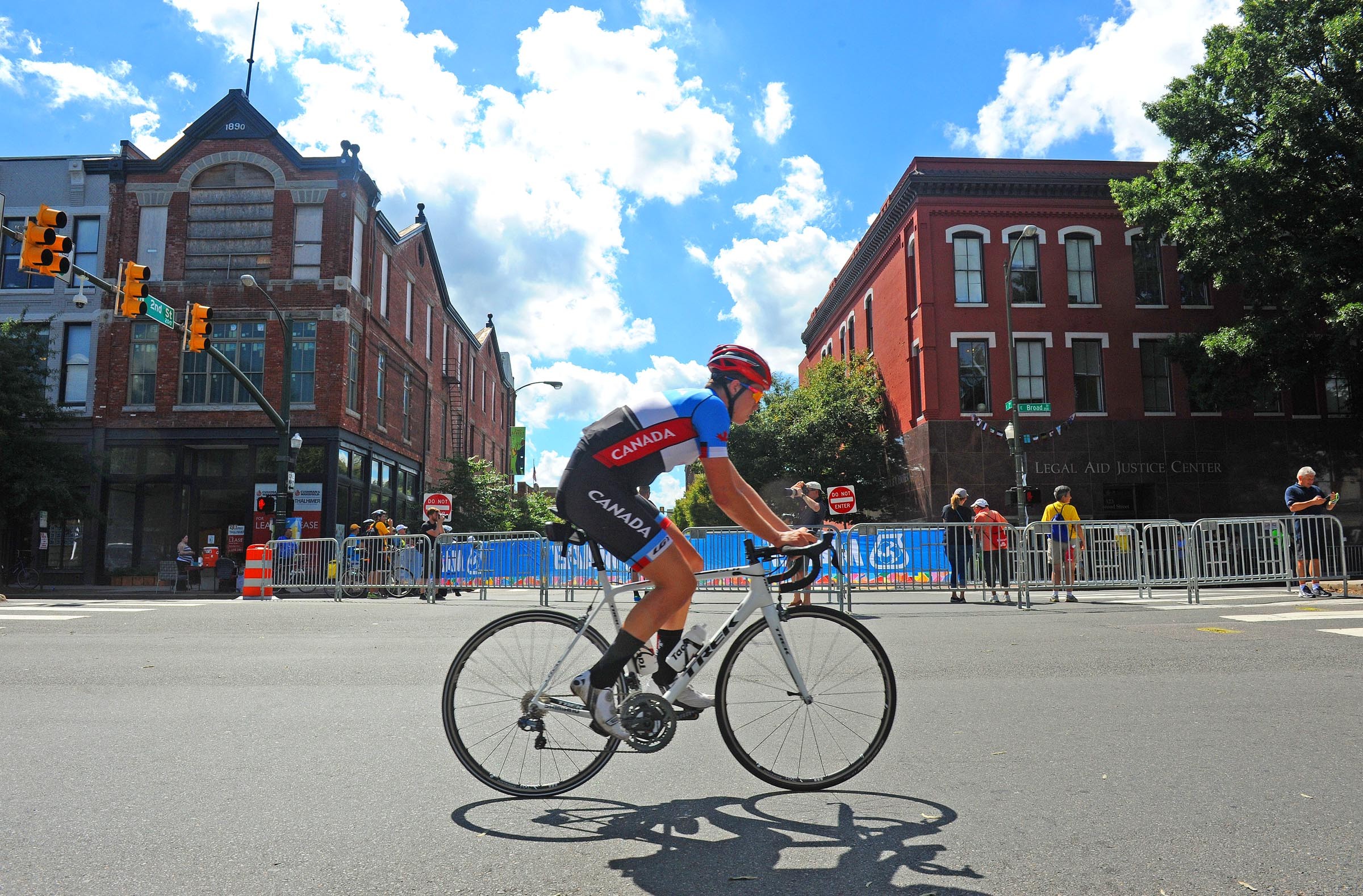 A Canadian rider checks out the course on Broad Street. 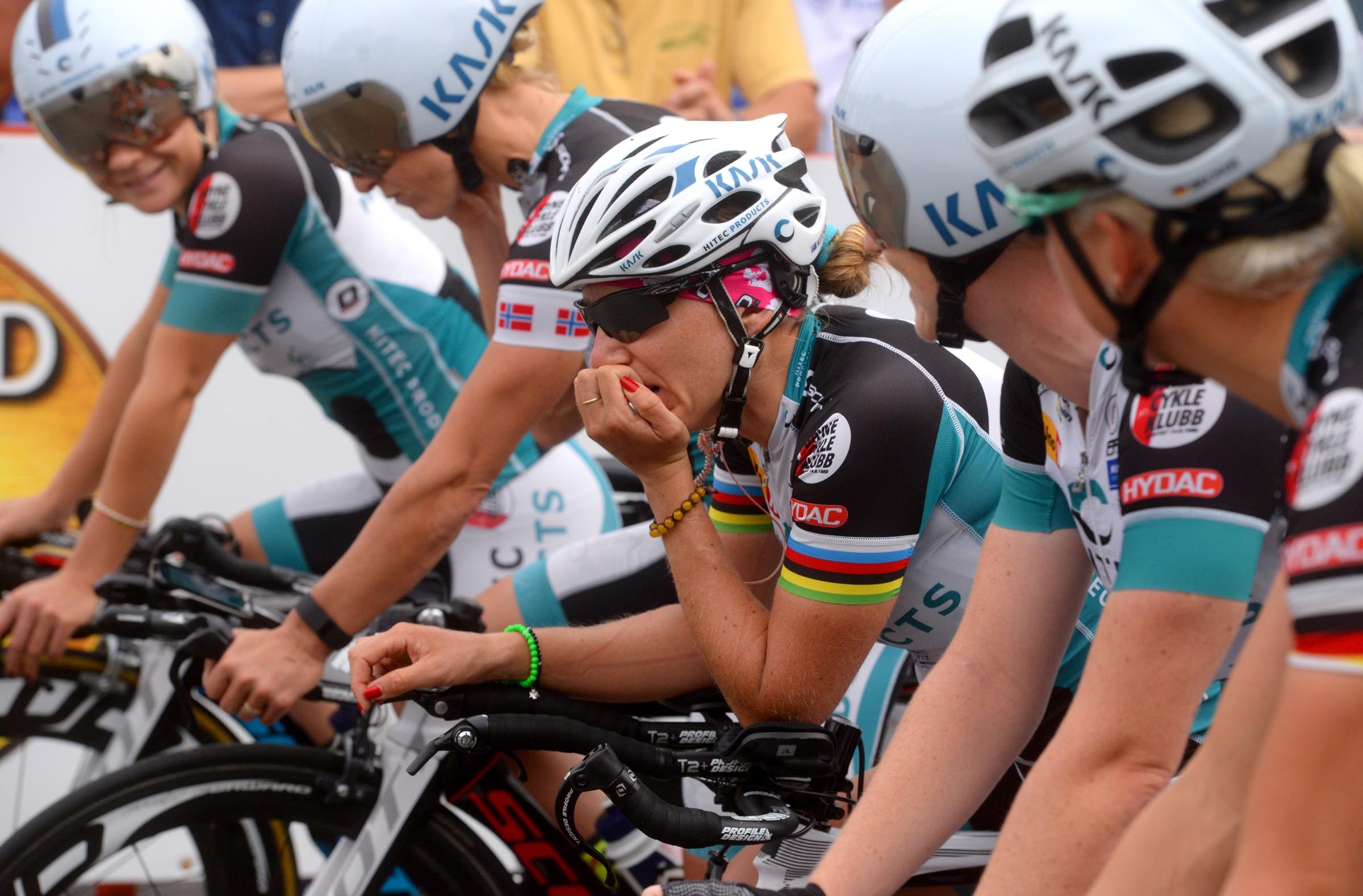 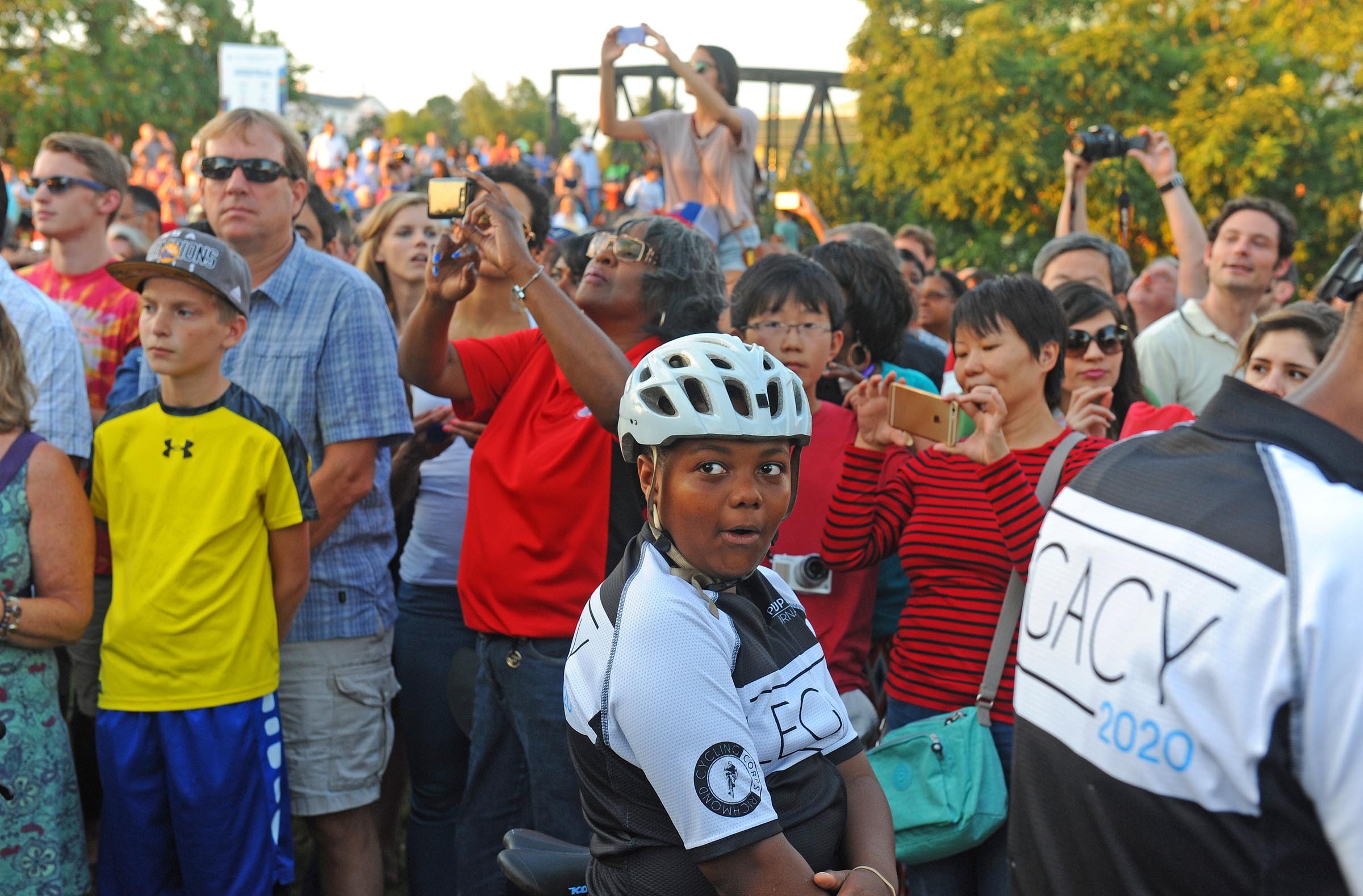 RaQuan Carrington, 13, of Whitcomb Court, a member of the Richmond Cycling Corps, takes in the crowd during the opening ceremonies Sept. 18 on Brown’s Island. 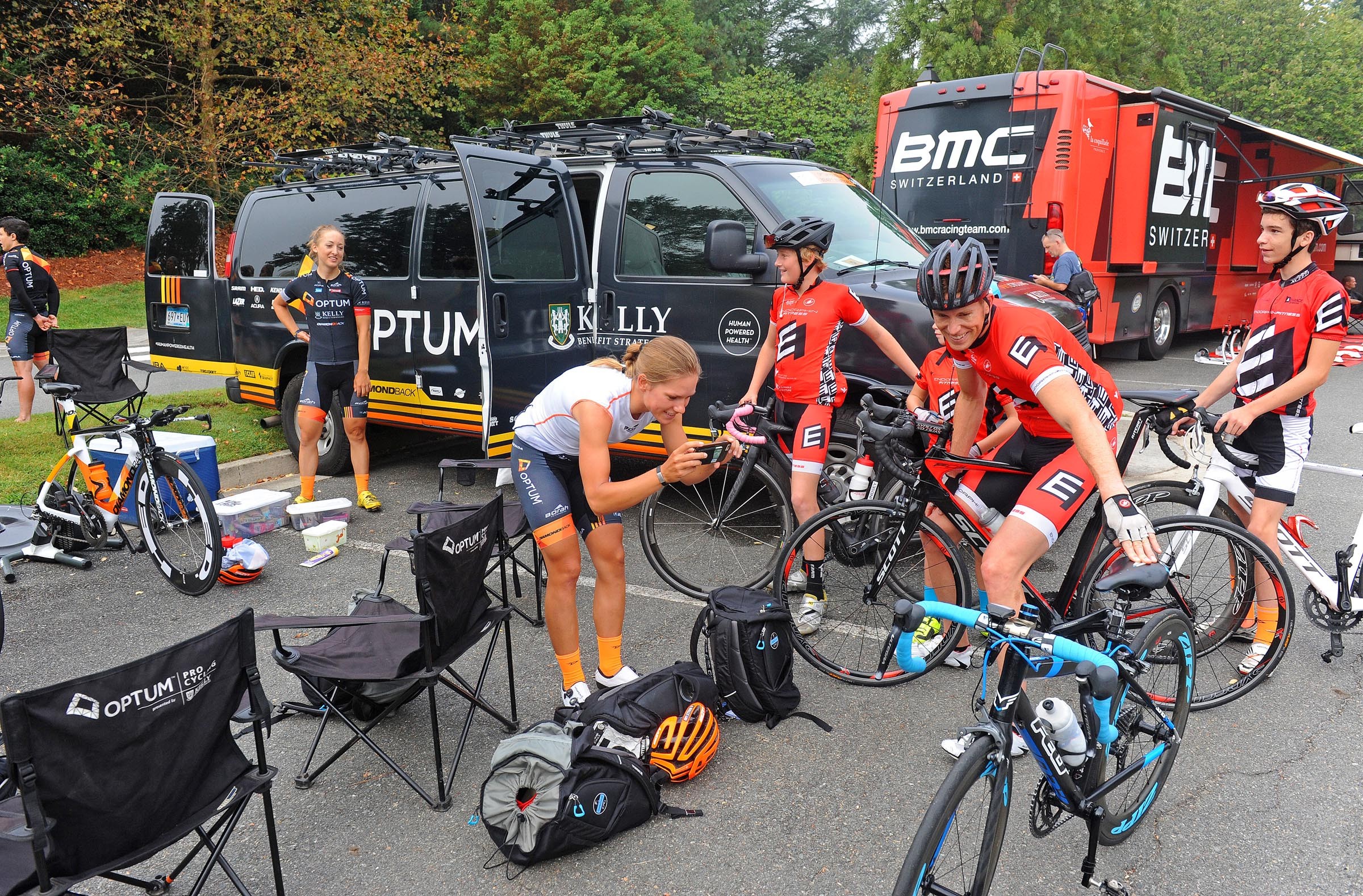 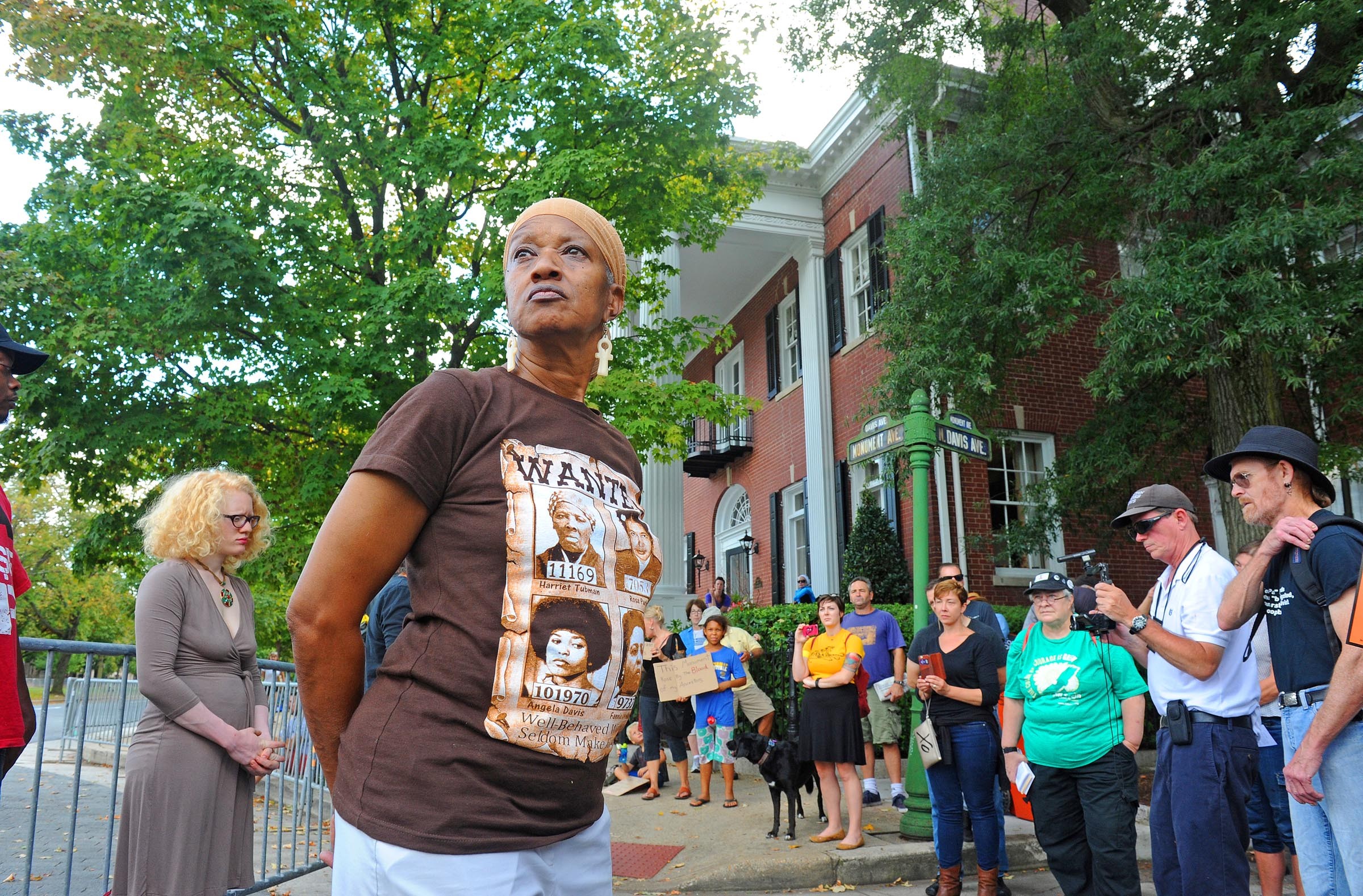 Dieyah Rasheed of the defenders for Freedom, Justice & Equality, an activist for the past 47 years, watches a plane towing a banner that reads “Confederate Heros Matter” above the Jefferson Davis monument. She and others marshaled supporters to raise awareness of social struggles in Richmond and protest Confederate memorials as backdrops for the race route. 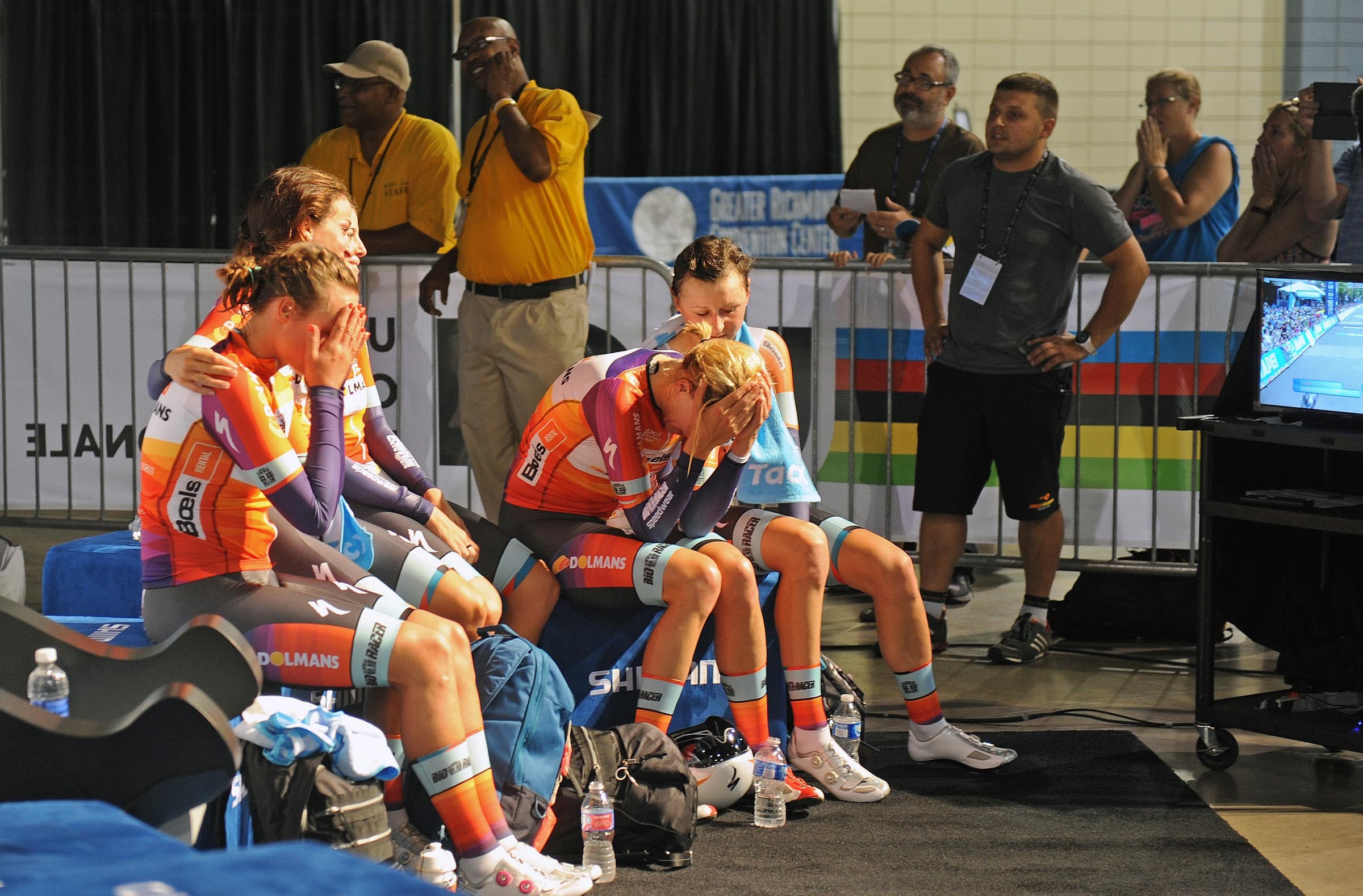 Inside the Greater Richmond Convention Center, members of the Boels Dolmans Cycling Team watch their hopes of first place dashed by the Velocio-Sram team in the women’s elite team time trial. 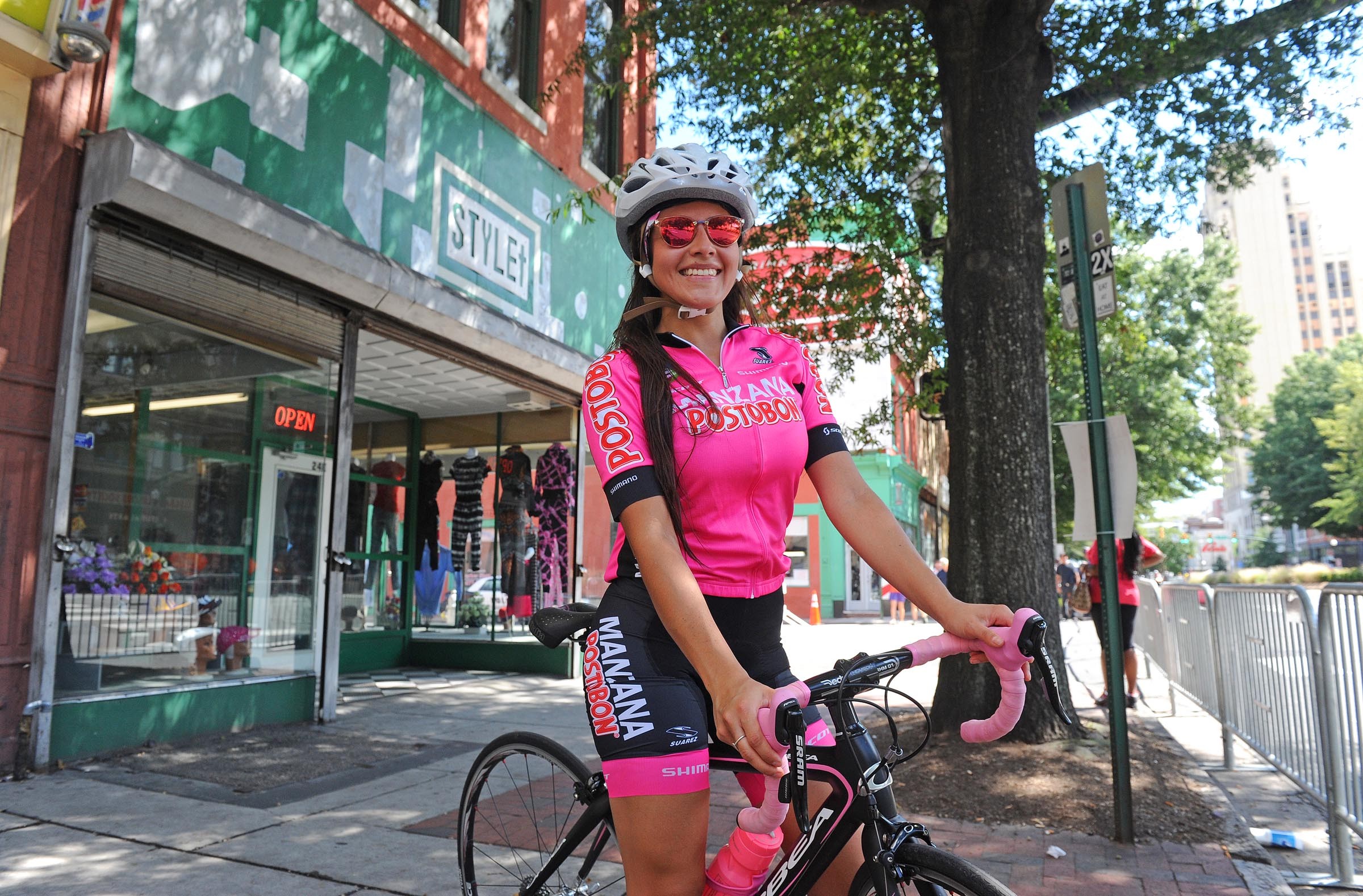 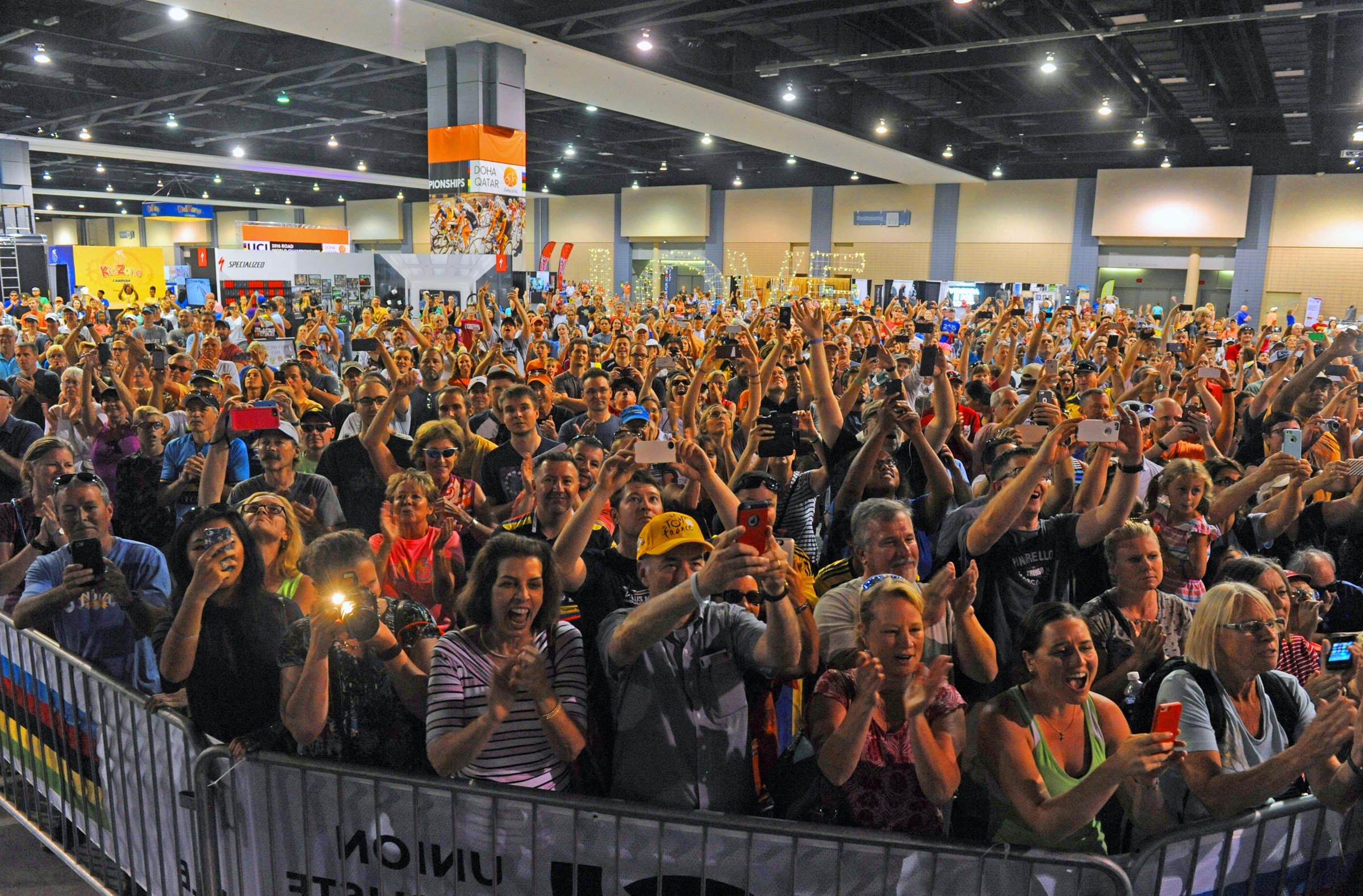 Inside the Greater Richmond Convention Center at the Fan Fest Zone, fans cheer for the USA cycling team’s first-place victory in the elite men’s time trial. 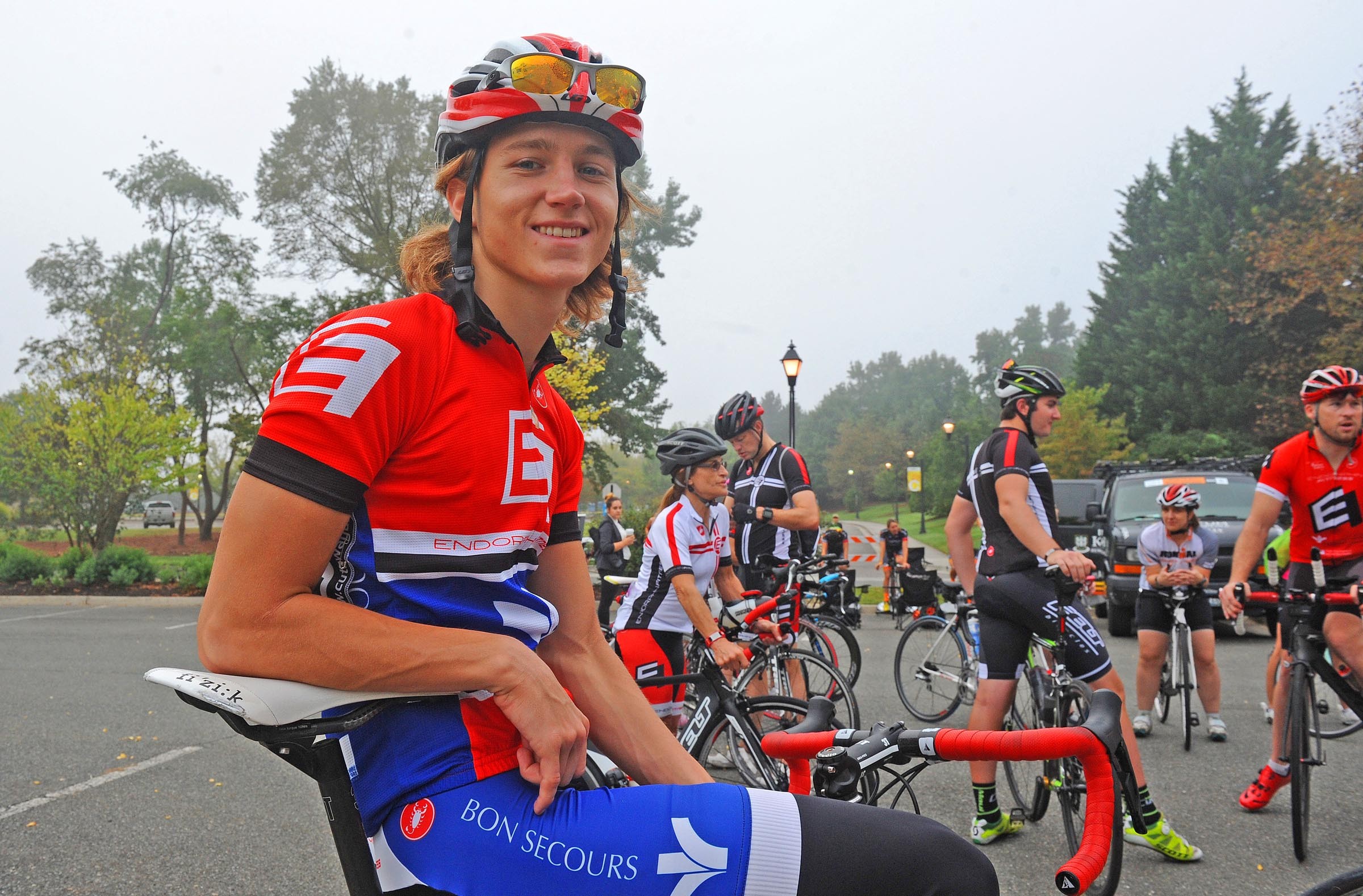 Members of the BMC team celebrate their first-place victory in the elite men’s team time trial.