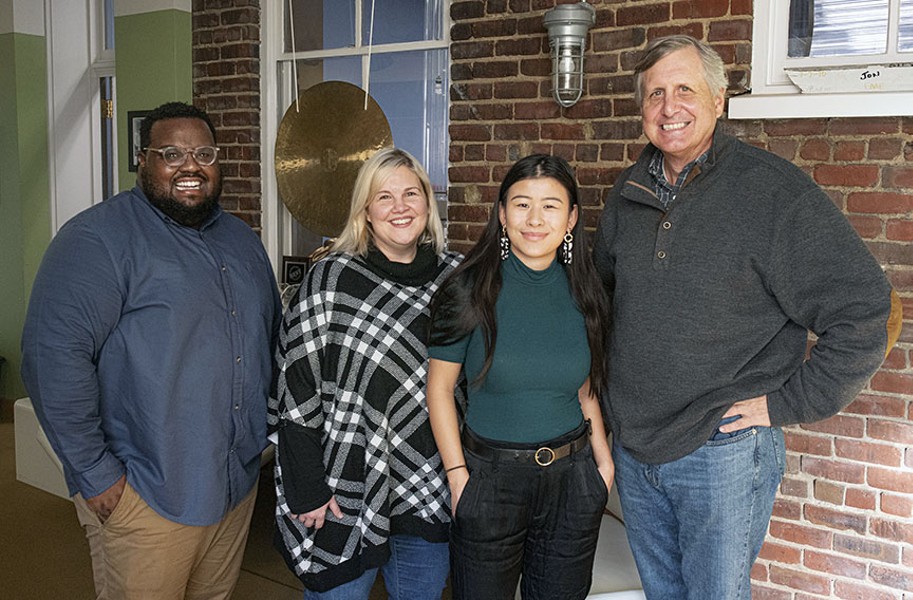 Most people know the big challenges with nonprofits are usually financial.

Josh Dare, co-founder of the Hodges Partnership, an area public relations group, had an idea roughly five years ago to bolster the ability of Virginia nonprofits to share their inspiring stories and missions with potential donors and volunteers, which he says is too often hampered by limited budgets and a shrinking media landscape.

To provide support to these organizations, the Hodges Partnership is now publishing The Phil VA, short for philanthropy, a weekly news site dedicated to updating donors, policymakers and other stakeholders about the ongoing work of Virginia nonprofits. On Dec. 1, Giving Tuesday, The Phil launched its website with features and Q&As on nonprofits working in education, health, arts and social justice with plans to include thought pieces by leaders.

“We want to fill what we believe is a void in storytelling about the nonprofit community,” Dare says. “There’s a huge number of people who work in [that] community that have limited places to tell their story. Even if they do get local coverage, there’s a void of saying what are we doing now, what do we think is important.”

Here’s a look at some of the early stories:

A Q&A with Brett Bonda, a former Richmond Ballet dancer who is now the organization’s executive director, shares how the state ballet is being impacted by the pandemic. The Richmond Ballet canceled “The Nutcracker” and other main-stage performances and reduced audience sizes from upwards of 250 to 50 or 60, to maintain social distance at smaller productions. Dancers don masks while practicing and performing on stage.

Damon Jiggetts, executive director of the Peter Paul Development Center, a child-care agency, is focused on providing disadvantaged East End residents with mentorship, educational and financial opportunities. He shares how generational poverty impacts the community. Asked by The Phil how he would spend $100,000 if it “fell out of the sky tomorrow,” Jiggetts says he would work with consultants to gear up projects put on hold to respond to hardships created by the pandemic.

Another story offers an update on Virginia Public Media, Central Virginia’s public broadcasting entity, showing the growth of the organization since veteran journalist Jayme Swain was tapped to head the member station early last year. Since then, the former Community Idea Stations were rebranded VPM and more news content was added during a time when public broadcasting stations across the country were cutting programming.

“We’ve also invested in local content altogether – more documentaries, our series, and in podcasting. And we have a bigger footprint now, which is exciting,” Swain told the site. “We reach all the way from Richmond to Charlottesville and the Shenandoah Valley, so we’re trying to tell stories that really reflect that entire community.”

The Phil helps nonprofits at no cost and “80% of the folks featured are not our clients,” Dare estimates. A platform dedicated to people and places in the nonprofit world could ensure an organization is continually spotlighted, which is often not possible for time and resource-taxed news outlets, he adds. (And because news organizations are not PR tools, we might add). “The first thing [nonprofit clients] tell us is that they are the best kept secret in Richmond,” Dare says. “It’s easy to tell their stories once in the media but hard to sustain their stories in the media. But after you’ve covered the story, their work continues.”

A free platform also benefits nonprofits that have small budgets dedicated to outreach, Dare says. “I see from the inside the challenge that nonprofits have particularly on the marketing side,” he says. “They don’t have the funds for a sustained marketing presence. If they pull in an outside agency like us, it’s because they have received a grant.”

The Phil also will be providing writing and marketing experience for Virginia college students and recent graduates interning at the Hodges Partnership, who are advised by staff in article writing and brand promotion on social media. During the pandemic, The Phil gives interns the opportunity to work remotely “on something real-world,” Dare says.

“The Phil is an idea that has been in the works for a while and we decided the time was right to pull the trigger,” he says.

Nonprofits interested in having their stories told in The Phil may email thephil@hodgespart.com