Bill Goodwin is the philanthropist who offered to put up a $150-million donation to help found a regional children’s hospital. On Wednesday, he expressed extreme displeasure that discussions about where to put that hospital have become intertwined with the long-running debate over a plan to build a stadium in Shockoe Bottom. 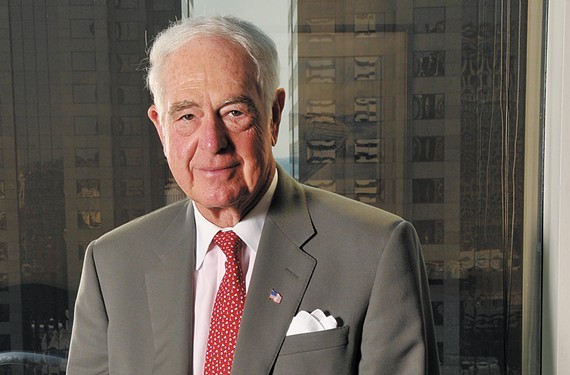 “I just think that it’s totally inappropriate to put any of them together,” Goodwin says. “It’s two separate things. One has nothing to do with the other.”

On Monday, Style reported that multiple City Hall sources have said Mayor Dwight Jones’ administration has been working behind the scenes to locate the hospital on city-owned land on the Boulevard in an effort to shore up support for his ballpark proposal. Some council members have criticized Jones' plan for its lack of details about how the Boulevard would be redeveloped.

The mayor has argued that moving the Richmond Flying Squirrels from the Diamond to Shockoe Bottom would open the Boulevard to a mixed-use, retail center that would drive tax dollars into city coffers.

Meanwhile, the construction of a regional children’s hospital has been a topic of discussion for over a decade, but moved forward in the past year after local hospital systems signaled they’re willing to work together, a condition of Goodwin’s financial support.

Goodwin says a committee is handling the site selection process for the hospital. He said the process is ongoing and was intended to be confidential. “It was not supposed to be publicized at all,” he says, adding whoever spoke to Style about plans “should not have.”

The mayor also spoke about the potential connection Wednesday, releasing a statement late Wednesday afternoon “regarding speculation about a free-standing children’s hospital.” He refuted the suggestion that the hospital might be linked to the ballpark debate.

“This discussion stands on its own, and we anticipate that a decision about a children’s hospital location will be made independent of other issues, including the ballpark,” Jones wrote in the statement.

Style contacted the mayor’s office last week with a query about the issue and received no response.