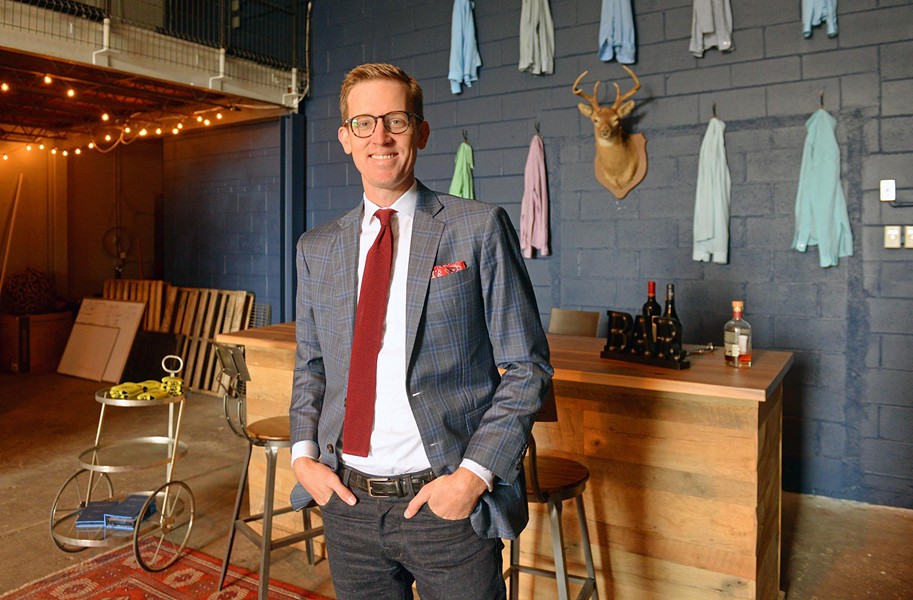 British-style classic elegance caught Peyton Jenkins’ eye during a teaching stint in England that followed his graduation from the University of Virginia.

He was also intrigued by Alton Lane near Wimbledon. So when he and business partner Colin Hunter decided to start a custom, appointment-only menswear business a few years later, that’s the name they picked.

“It’s a small street and you have to look for stores on it,” Jenkins says. “That’s the kind of special experience we want for our customers — not showy but totally focused on them.”

The native Richmonder grew up in the West End, attended Collegiate School and, after England, embarked on a career in commercial real estate and financial management in New York and Washington. He worked for the Bernstein Cos. and Cassidy Pinkarb and learned about business and how looking good pays off.

Hunter called him in 2008 with an idea for a menswear outlet and now, among other places, they have showrooms in New York, Chicago and San Francisco.

And they recently moved Alton Lane’s headquarters from New York to Richmond. “We figured that if you can make it in New York,” Jenkins says, “you can make it anywhere, and we wanted to be near well-educated, smart young folk. Richmond is a great center on the rise.”

When not busy with Alton Lane, Jenkins and his wife work with their church on mission trips to places such as Haiti. They have a son, who’s 3, and another child on the way.

He’s also taken a special interest in the Cystic Fibrosis Foundation, where he recently raised money to help sick people in Richmond and elsewhere. Jenkins learned more about the disease as a high-school student when a friend’s sister was diagnosed. “A of people don’t know how many people can be affected,” he says.