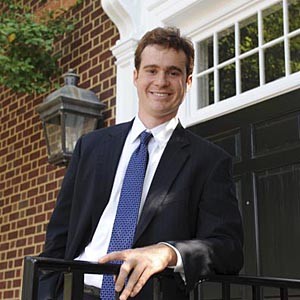 Instead of going to business school as he'd expected, Peter Farrell enrolled in his own crash course in starting a multimillion-dollar biomass business.

During the past year, Farrell has recruited board members and investors for the new business, Recast Energy LLC, which has facilities in Kentucky, Mississippi and the Dominican Republic that produce steam to be distributed as thermal energy to manufacturers.

“In this day, investing is not something people would think of doing easily like maybe five years ago,” says Eva Hardy, a former executive at Dominion Virginia Power and mentor to Farrell. “Today you think very hard where you're going to invest and the fact that he's been able to pull this off made it very clear to me he has become a first-class businessman.”

Farrell is proud to say his father, Tom Farrell, chief executive of Dominion Resources Inc., owns no part of Recast Energy, but he also gives full credit to his father for his respect and desire to give back. With family roots in Sussex County, keeping his sights on ways to help the area is proof.

Farrell has invested time and resources to purchase the operating assets of a Waverly particleboard plant to become part of Recast Energy. The plant closed down in 2007, hurting the tender rural economy, he says. And as a new board member of Tuckahoe YMCA, Farrell's been working to expand its services to Sussex residents.

Farrell also has raised money for two scholarships at his alma maters — one for a Collegiate School student and another for a University of Virginia student.
As the youngest member of the Henrico GOP Committee with a contagious charisma to bring people together, Farrell's political endeavors may be yet another front on which to watch this mover and shaker.