The VMFA brings the world to Virginia with "Forbidden City" and hopes for a phenomenon.

Virginia Museum of Fine Arts Richmond may get a sense of the excitement experienced at New York Asia Week when “Forbidden City: Imperial Treasures from the Palace Museum, Beijing” opens at VMFA on Oct. 18. Pictured is “Emperor Qianlong on Horseback”

If you've ever attended New York's Asia Week, you know there's huge interest in the United States for all things Asian.

New York auction houses, dealers, and museums annually display the finest works from China, Japan and Korea for nine days in March and September, as wide-ranging as ornately carved ivory tusks, bronze Buddhas and rhino horn cups. Last spring, Asia Week raked in more than $200 million in sales as a "whirlwind of activities invigorated the city."

Organizers hope for a similar phenomenon when "Forbidden City: Imperial Treasures from the Palace Museum, Beijing" comes to the Virginia Museum of Fine Arts from Oct. 18-Jan. 11.

The best part of Asia Week happens in the showrooms during the preview. Because the Ming (1368-1644) and Qing or Manchu (1644-1912) period items are highly sought for their exquisite craftsmanship, there's a large counterfeit market. To ensure authenticity, visitors are allowed to handle and investigate each item, often using tiny black lights and magnifying glasses.

Although visitors won't be allowed to touch or buy the objects in the museum's "Forbidden City," the type of excitement generated here from the 200 Qing and Ming period objects on display may be akin to that found during Asia Week — especially given the governor's seal of approval and additional activities sponsored by the museum and outside businesses. 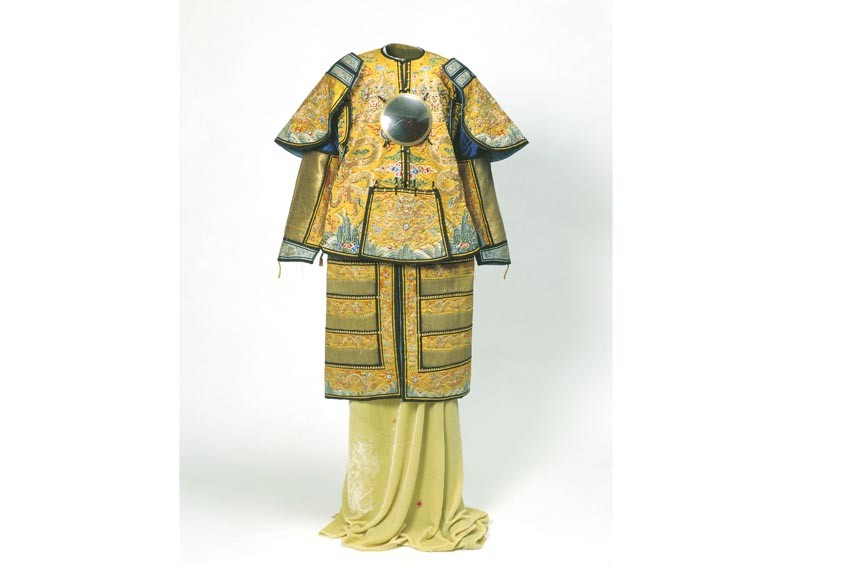 "It's about bringing the world to Virginia," says the museum's director, Alex Nyerges. "We're giving people the chance to avoid jet lag, cost and time while giving them the opportunity to enjoy the riches of one of the most storied fantastic places in the world."

The museum's projected revenue for "Forbidden City" is $2 million — with $1.45 million in sponsorship and the rest from ticket sales, Nyerges says. He speculates that the revenue generated for Richmond could be more than $10 million while qualifying that he's not an economist.

"We use an art science to come up with our projected audience of 80,000 for 'Forbidden City,'" says Bob Tarran, marketing director for the museum. "Because some of these objects have never been brought out of the Palace Museum, we hope for an even larger audience."

Tarran says the museum is working with Richmond Region Tourism to develop a Forbidden City page on the Visit Richmond website, and is collaborating with the Virginia Tourism Corp. to develop a promotion in Quebec, where there's a large Chinese-Canadian population. But most of the campaign, he says, is targeted to Central Virginia, Northern Virginia, Tidewater and Charlottesville.

On the close of the museum's blockbuster exhibit, "Picasso: Masterpieces from the Musée National Picasso, Paris" in 2011, former Gov. Bob McDonnell signed the cultural trade agreement with China, ensuring a seven-year partnership and the exchange of exhibitions. The Picasso exhibit, which brought an estimated $26.6 million in revenue to Richmond, seems to be the blueprint for this fall.

But the story of how the exhibit came to be goes back to the 15-year friendship between Nyerges and Li Ji, the Palace Museum director.

Nyerges worked with Li Jian, now museum's East Asian curator, at the Dayton Art Institute. When Li Jian came to Richmond in 2007, she, Nyerges, and the former deputy director of art and education, Robin Nicholson, traveled to China for an exploratory trip.

The exhibition, which is divided into four rooms, features rarely seen works from China's Palace Museum, including a hanging scroll titled "Emperor Qianlong on Horseback" and a nephrite "Seal 'Jing Tian Qin Min' with Dragon Knob," both from the 18th century. Alongside these objects, the exhibition tells a narrative about the Forbidden City by highlighting the people, culture and dynastic rule that occupied the nearly thousand-building complex from 1420 until 1924, when the last Qing emperor was ousted.

To give visitors a sense of its massive scale, the museum used six donated Leapfrog 3-D printers to create an 8-by-10-foot model of the site. A second one will be made during the exhibition so visitors can watch the printing process.

"We want to transport people to the palace," Nyerges says. "The Palace Museum is the best attended in the world, welcoming 14 million visitors this year or 100,000 visitors per day."

The story extends beyond the city walls with an interactive, hands-on exhibition that highlights the life of a merchant family as well as a flurry of related educational events. In "Beyond the Walls," visitors can create their own Chinese characters, design personal virtual seals, handle reproduction scrolls and play musical instruments. Other events geared to children include docent-led tours for art classes, and the Teen Stylin' "Forbidden" Fashion Runway exhibitions. For adults, there will be art-history classes and lectures with visiting scholars Nancy Berliner of the Museum of Fine Arts in Boston and Maxwell K. Hearn of the Metropolitan Museum of Art in New York.

But the best things remain the objects themselves. Blockbuster exhibitions and their surrounding hype sometimes can overwhelm the main attraction of simply looking at something as beautiful as a delicately pierced "Fumigator in the Shape of a Double Gourd," with its gold exterior and silver interior from the Qing dynasty. Or the intricately gold embroidered satin "Ceremonial Armor with Dragon Design," accented by copper studs, steel and buttons from the same period. Likewise, works such as "Portrait of Emperor Qianlong Celebrating the New Year" or "Emperor Qianlong Enjoying Antiques" offer pictures of Eastern aesthetics with their shifting perspectives, auspicious items and open interiors.

Looking at these opulent objects associated with imperial power remind the viewer of what's absent from the exhibition: the underprivileged lower-class subjects of the dynastic period as well as the extended history of the Forbidden City in the 20th century. "Beyond the Walls" lightly scratches this surface by highlighting a merchant family, a class that was considered wealthy compared with the majority of the country.

During the 20th century, the story beyond the walls has become as important: To access the Imperial Palace, visitors must walk through Tiananmen Square, the site of the anti-imperial May 4 Movement of 1919, the founding ceremony of the People's Republic of China in 1949, the Mausoleum of Mao Zedong, and the student protests and subsequent massacre of 1989.

"Forbidden City" offers an experiential diving board for the curious visitor to pause a moment, set aside the hype and look deeper at what's presented and occluded.

"Forbidden City: Imperial Treasures from the Palace Museum, Beijing" runs Oct. 18-Jan. 11 at the Virginia Museum of Fine Arts, 200 N. Boulevard. For information about the exhibit and corresponding events call 340-1400 or visit vmfa.state.va.us.