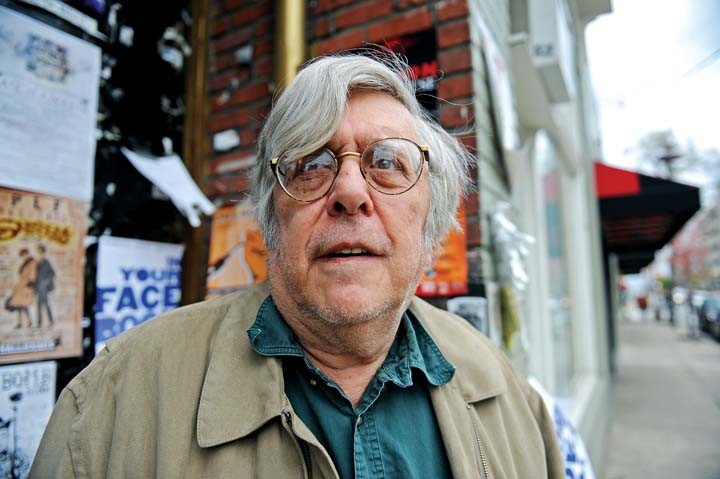 When none other than the great film director Jean-Luc Godard sings your praises as a film critic — "We don't have writers like him in France today" — where can you go from there?

If you're Jonathan Rosenbaum, the American author of acclaimed books on the movies, the most recent "Goodbye Cinema, Hello Cinephilia: Film Culture in Transition", you go to Virginia Commonwealth University and teach.

Visiting professor Rosenbaum also will lend cinéaste star power to the annual James River Film Festival, which runs on screens across town starting Thursday. The prolific 68-year-old author — you can find his articles in Film Comment, Sight and Sound and any number of academic journals — will present one of his favorite little-known films. "I'm showing a very unusual French documentary called 'Mix-up ou Meli-melo,'" he says. "It's barely an hour long but when you emerge, you feel like you've read a thousand-page Russian novel."

Rosenbaum's the guy who's done as much as anyone through the years to champion and chronicle the career of director Orson Welles (his research on Welles culminated in a 2000 book; that same year he consulted on a reissue of the director's final Hollywood film, "Touch of Evil"). It was a childhood viewing of Welles' "Citizen Kane" that helped to draw the young Rosenbaum (who grew up in a famous house designed by architect Frank Lloyd Wright) to the movies. "Welles was a great artist," the critic says. "And his career reveals the contradictions of the movie system. This is what helps keep his work fresh."

Rosenbaum has been keeping his own work fresh through his blog (at jonathanrosenbaum.com), "I feel like there is a real community taking shape," he says of the site, where he reprints many of the articles and reviews he's published in his 40-year career. The Web is where the serious film criticism is anyway, he maintains: "There is some great film writing on the Net, and it's become that way as printed publications have become more consumerist-oriented."

The friendly scribe is far from a shrinking violet with his opinions (he says he has no interest in seeing many recent multiplex offerings such as the Coen Brothers' remake of "True Grit" — he's not a big Coen fan). He caused a stir when he reacted to the American Film Institute's list of 100 Best Movies by publishing his own "greatest" list — a rundown that included eclectic choices such as Jim Jarmusch's "Dead Man" and John Cassavettes' "Shadows."

This willingness to break from the pack is what spurred Jean-Luc Godard to single Rosenbaum out, comparing him with seminal movie critics James Agee and André Bazin during a film conference. "I was in the crowd that day and heard what he said. I was surprised to say the least," Rosenbaum recalls. "I can't say it has hurt my career."

When he first came to VCU, Rosenbaum started participating in a cine club with students and his fellow instructors, screening favorite flicks such as Nicolas Ray's fetish western "Johnny Guitar" and the acclaimed Thailand ghost story, "Uncle Boonmee Who Can Recall His Past Lives."

"Yeah, I get together with my students and we watch movies," he says. "Tonight, we're watching [Erich Von Stroheim's] 'Foolish Wives.'" He likes his pupils — "they are the smartest kids" — but he's been concerned about some of their cinematic readings. "One of them maintained that 'Barbarella' was a feminist film," Godard's favorite critic chuckles. "Can you imagine that?" S

Jonathan Rosenbaum will introduce "Mix-up ou Meli-melo" at the Virginia Museum of Fine Arts' Leslie Cheek Theatre as part of the James River Film Festival, April 9 at 10:30 a.m. Admission is free. For information go to jamesriverfilm.com.

This article has been corrected from the print edition.