Supporters rally at the Capitol in favor of amending war memorials law.

Protesters from around the state gathered in Richmond on the first day of the General Assembly session to show support for putting the fate of Confederate statues in local hands.

More than 200 supporters from across the state rallied at the steps of the Capitol building on the first day of the General Assembly session Wednesday in support of legislation that would amend Virginia’s war memorials law to give localities the power to decide the fate of Confederate statues in public spaces.

Members of the statewide organizing coalition, Monumental Justice, congregated Wednesday afternoon to show support spanning the Commonwealth’s urban crescent for legislation that will be co-sponsored in the House by Reps. Jay Jones (D–Norfolk) and Sally Hudson (D – Charlottesville) and by Sen. Creigh Deeds (D – Bath). Senator Mamie Locke (D-Richmond) has already filed SB 183 which provides that a locality may remove, relocate or alter any monument or war veterans memorial in a public space, regardless of when erected, which current state law prohibits.

“We’re really excited about the Democratic majority and that Richmond has said ‘we want the power and the local control,’” said Monumental Justice organizer Chelsea Higgs-Wise. “And this rally right now shows that we are ready. The time is now for the power to be with the people and [to] have local control.”

The activist showing follows a 6-2 symbolic vote by Richmond city council members on Monday at a special meeting requesting authority from the state to decide the outcome of Confederate monuments. Second District councilwoman Kim Gray, who represents much of Monument Avenue, was absent from the vote.

The Charlottesville City Council voted in early 2017 to remove the statue of Robert E. Lee that dominates one of its downtown parks, but was prevented from acting on the vote by an injunction in a lawsuit filed by the Sons of Confederate Veterans.

Department Chair of Political Science at Virginia State University and a former Charlottesville Vice-Mayor in 2016-17, Wes Bellamy, implored legislators to “have the courage to do what is right” as he spoke to the assembled crowd on Wednesday -- which included two buses of Charlottesville citizens who came to the Capitol for the event.

“Folks all across Charlottesville and elsewhere’s families have paid a grave price for us raising this argument,” said Bellamy, who was an early proponent of the statue removals and whose family has received death threats. “If my family has had to sacrifice all they’ve had to; if our city has had white supremacists come to our town — kill someone, run over people and try to intimidate us, but they didn’t do it — if we can live through that, then [our legislators] can have the courage to make a vote to remove these statues.” 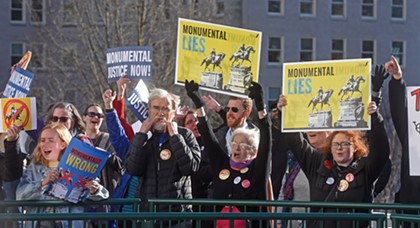 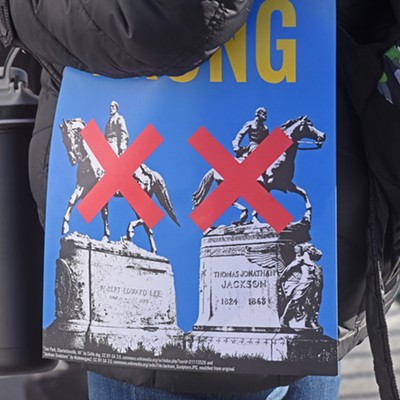 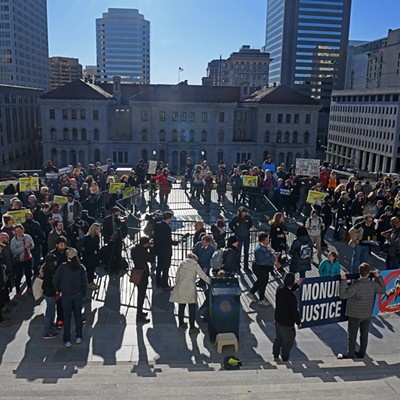 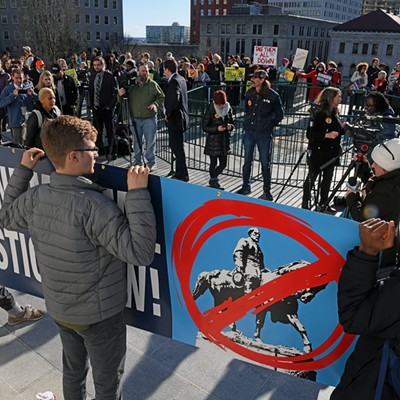 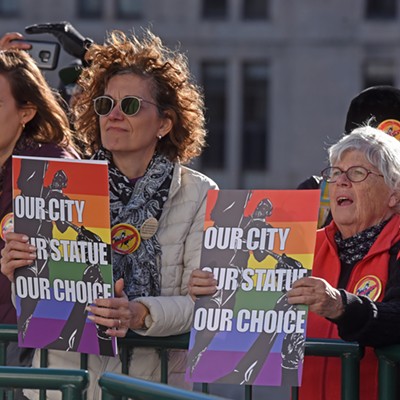 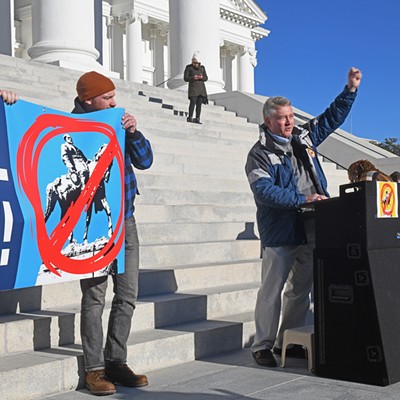 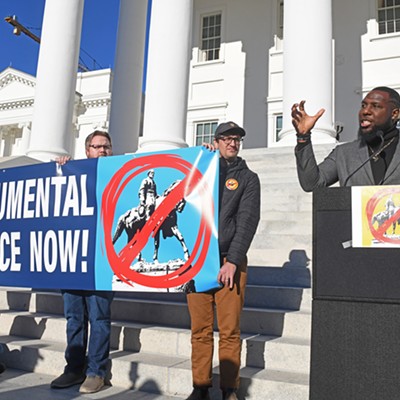 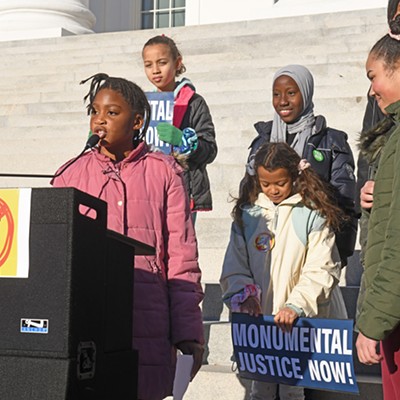 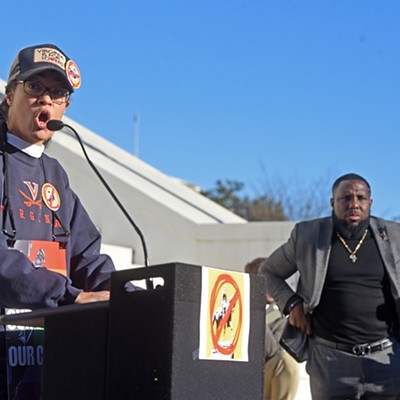