In the face of his recent showdown with the tech giant, RVA's Arnold Kim talks originality, big bucks and his new app. 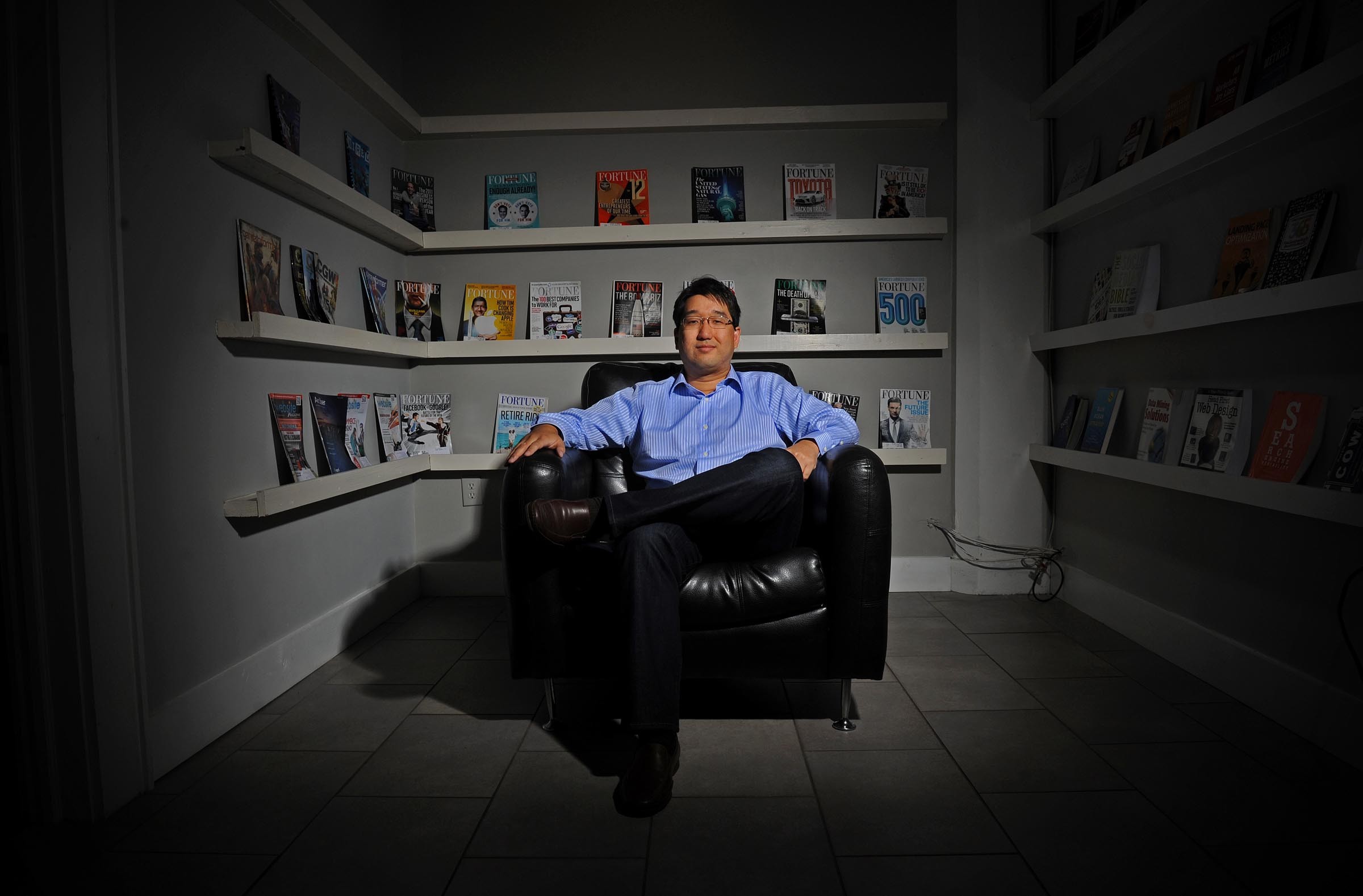 His follower count on Twitter makes him a social media bigwig in Richmond, but it's Arnold Kim's hugely successful MacRumors.com that has truly caused waves with its insight on Apple. Then there was his other creation, the AppShopper.

Amid the juggernaut company's dramatic stock ride and its chief executive answering questions in Washington, the physician's AppShopper has recently made headlines — named the first target of a big clampdown by Apple.

In a high-profile move, the company removed Kim's "discovery app" from its online store in December. Kim says AppShopper was designed to help users find their way through a sea of apps. But Apple says such programs bear too strong a resemblance to its App Store, in which, ironically, they are sold.

At the time, Apple's move was a solitary action and not yet part of a trend. But now there are reports of Apple dragging similar creations into the proverbial trash bin.

For such an Apple ally, the rejection stung. And Kim's app, which had set the precedent, was so resource-intensive on a personal and financial level, Kim says he just couldn't give up. So he looked for ways to crack the cryptic legal codes. And on April 22, Apple accepted his revision, AppShopper Social.

Style: Let's look at the numbers for MacRumors: 66 million page views a month. Maybe you can rest on that achievement, and forget about what happened with AppShopper?

Kim: Well, I'm definitely shy about making apps now. It's a vague clause, and I'm still struggling with Apple's exact motivation. People might think I'm very pro-Apple, though I take a realistic view. They can be notoriously one-sided in removals. I'm cautiously watching how the new version goes. It was accepted because it's more about connecting customers with each other.

You've experienced other incidents with Apple. In 2009 your live broadcast of a Macworld event was hacked with the announcement, "Steve Jobs Just Died" — he died later, in 2011, of course.

We can't be held accountable for any connection between the two [laughs]. Yes, the broadcast was badly configured and someone easily hacked it. That was a bad day for me.

MacRumors began as a hobby and is now a full-time job, with two spinoff sites and a staff of 11. How did AppShopper get into the mix?

In 2008, I was at a turning point in a physician's career, where you're expected to make a certain investment. Even before then, I was thinking I should not be so tied to Apple's fortunes, or make another Apple site. Then the App Store launched. I started working on AppShopper and a games blog, and I tied those to MacRumors. It grew from there.

So you were making headway in your medical career before making the switch. Do you see any connections with what you do now?

Kind of. We take our work seriously at Mac Rumors. We mostly aggregate news. When we do have a rumor, we handle it scientifically. I think that approach comes through in the tone of our writing. There's a reputation to uphold. We're not the only game in town anymore.

What kind of rumor would excite you the most right now?

I'd be very interested to hear about their plans for a watch. Sure, an Apple TV sounds interesting, but you can't carry it around. A watch goes with you everywhere. Look at how the iPhone has changed behavior, in public and in private.

Two years ago you ranked No. 5 on 24/7 Wall Street's "25 Most Valuable Blogs." Some very popular sites that made the list in previous years, like Ars Technica, have been sold for sizable sums. Would you ever sell MacRumors?

I've been approached before. I wouldn't do it, currently, for three reasons. One, I really like working for MacRumors. Two, there's still more that I want to do with the site itself. Three, I have plans for future projects and MacRumors will again be a good launch pad for those. S