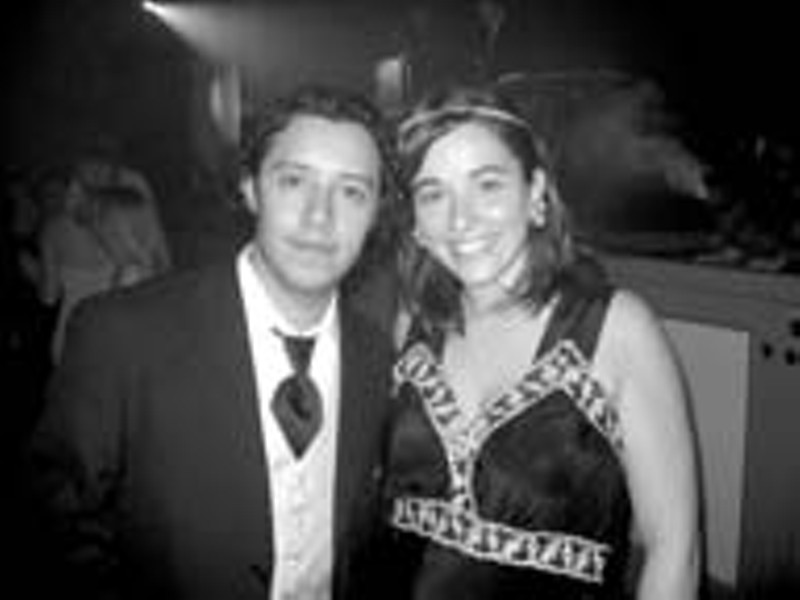 After the benefit, Ramirez was put up at The Jefferson Hotel. Asked what he'd like to do Saturday night, Ramirez opted for Collegiate's prom, says Elizabeth Cogar, director of communications at the school and a member of the foundation. "He had never been to a prom," Cogar says.

With numerous high-school proms held that weekend, locating a last-minute tux was a major challenge. At the eleventh hour, a penguin suit was found — and rented free in exchange for an autograph, Cogar says. Ramirez's ensemble also included a shiny gold vest, black derby hat, cane and white gloves.

Ramirez and four 2004 Collegiate graduates who are active in promoting the anti-speeding message were taken to the dance in a car provided by The Jefferson. One of the grads, Catie Briggs, wore her prom dress from the year before and served as Ramirez's date.

The dance, held at the ACCA Temple on Hermitage Road, turned into a kind of Hollywood affair. In addition to Pedro, a film crew from MTV attended the prom to trail Collegiate junior Zach Mendez, who recently was selected as a subject for its hit show "Made." The program aims to help a high-school student's unlikely dream come true. For Mendez, a varsity lacrosse player, it's to become a figure skater.

But Pedro stole prom night. Says Cogar: "He danced, got up on stage and apparently had a great time." — Brandon Walters