Would you give up $60 million now for $500 million later? Why the mayor's deal with the Downtown Expressway could be a mistake. 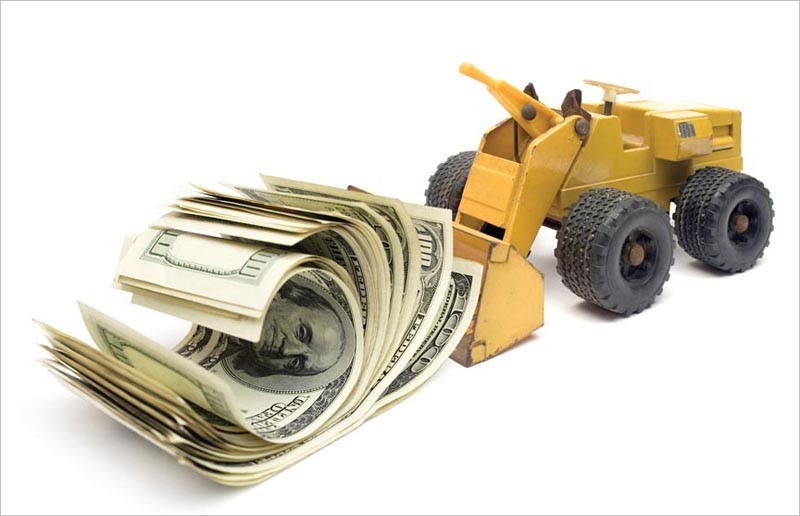 THE $60 MILLION would allow the city to reduce its debt and get closer to a Triple-A bond rating, Mayor Jones says, making future capital projects cheaper — the higher the bond rating, the lower the interest rates. Jones also wants to use the money to address the social cost of the Downtown Expressway, the construction of which led to the displacement of hundreds of families and business in the late 1960s.

"Massive relocations were undertaken, eminent domain laws were used to seize property and communities were torn apart," Jones says in a statement. "The communities impacted the most were the lower income areas and the poor."

Many people assume that the city and Chesterfield share ownership of the expressway system. Not true. It's entirely in the city. There are two major sections: First is the Downtown Expressway, which is about 2.5 miles long, picking up at the Interstate 95 interchange just east of the Riverfront Towers to Meadow Street to the west. A state road connects the Downtown Expressway at its western end to the second major portion, Powhite Parkway.

The parkway is 3.4 miles long and curls south across the James River to Chippenham Parkway. This is where the confusion sets in. Many people assume that the parkway and its main toll plaza are in Chesterfield. There's an extension of Powhite Parkway beyond Chippenham that's in the county, and it's about 10 miles long (there are two 50-cent toll exits off Midlothian Turnpike and Courthouse Road, and a main 75-cent toll plaza) — but all of that is owned by the Virginia Department of Transportation.

That the city gave up so much land, and displaced so many residents, is the reason the city has a majority of the seats on the board of the expressway authority. The mayor appoints six board members; Chesterfield appoints two; Henrico appoints two; and there's spot set aside for a state transportation official.

At various points during the last two decades, this board's makeup has caused political tensions in the county. More than 60 percent of the expressway system's customers live in Chesterfield, and when tolls are raised — the last time in 2008, from 50 cents to 70 cents — those drivers get upset. This usually leads to a renewed push in the General Assembly to strip away some of the city's seats on the authority's board to give Chesterfield more equal representation. The last attempt, which failed, came in 2008 after the toll increase, which in part helped pay for the new EZ-Pass lanes at the Powhite toll plaza.

"There has been some public complaint that the counties don't have equal representation, but I think that those complaints are from people who don't understand," says Bill Pantele, a local lawyer and former mayoral candidate who served on City Council during the 2008 ruckus. "It's city neighborhoods that were torn down and relocated. It was the city providing the financial backstop for the roadway. The counties didn't participate."

That's one reason why the Jones administration isn't too keen on the city taking ownership of the toll roads, City Hall sources say. There aren't many guarantees in life, but whoever owns the expressway — the authority, the city, private investors — eventually will raise the tolls. If that happens under city ownership, it could damage political relationships with Chesterfield. The city needs the help of the county, along with Henrico, to help to build a new ballpark, and there are ongoing regional transit issues. Would the county really participate in extending full-service bus lines across its borders if the city is jacking up tolls all the time?

Besides, the expressway authority is a rare thing in this town. It's a regional body, and since the General Assembly created it in 1966, it's overseen the metro area's greatest regional projects to date. The authority built The Diamond, multiple downtown parking decks, and operates a bunch of smaller bridges and roads in the city, including the Boulevard Bridge. "The reversionary right to the city is very valuable," says Jonathan Murdoch-Kitt, a Richmond lawyer and former authority board member (whose wife, Norma, is a Richmond School Board member). "But this whole thing about regional cooperation, which comes about in the RMA, is a pretty rare thing."

Indeed, the expressway opened up hundreds of millions of dollars in retail and residential development, having an enormous impact on the city and the counties during the last 40 years, says Mike Berry, the authority's general manager. In other words, the city already has received plenty of payback.

"Say the road was not there. What would it be like?" Berry asks, citing as an example the recent relocation of MeadWestvaco's corporate headquarters to downtown, just off the expressway. "Would MeadWestvaco be there if they couldn't get anywhere in this metropolitan area to their workplace in 15 minutes? I'm not saying it's only because of the expressway. What I'm saying is in terms of the competitive advantage of downtown Richmond to a lot of jurisdictions, whether it be Austin, Texas, or it be Northern Virginia ... the RMA as an asset has rendered tremendous economic development to the city and the counties."