Founder and Owner of RVA Paddlesports 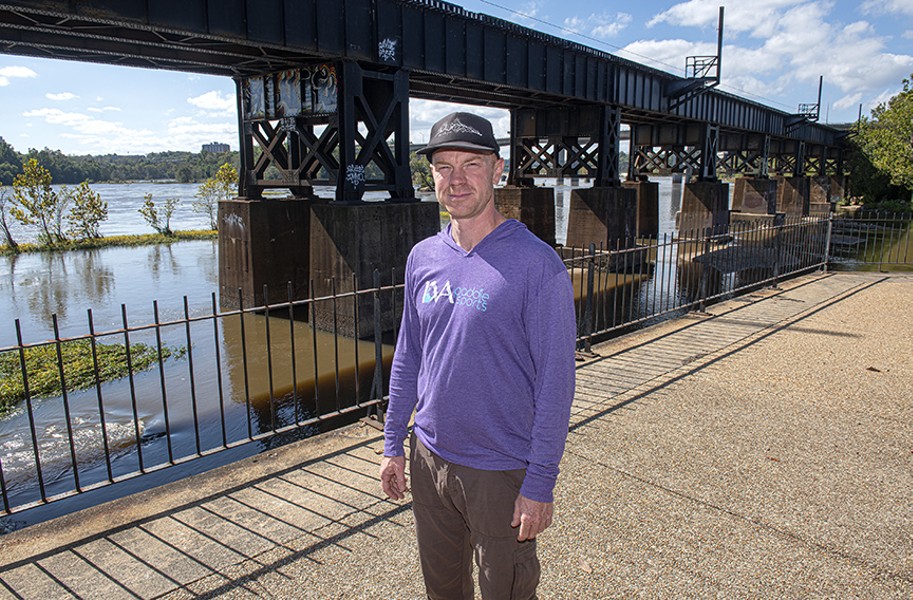 They say a life outdoors is a life well-lived.

Griffin would always prefer to be out on the water. A Chester native, he got into whitewater kayaking while at Virginia Commonwealth University and after graduating started guiding tours all over the world -- Australia, Costa Rica, Alaska, India, Nepal, Norway -- while working as a teacher. He decided to open a business here in April 2014 to include teaching kayaking and rafting so he could help create better guides.

“I saw where I could’ve been better prepared for my career abroad with certain elements in Richmond. Richmond has it all: very technical river, high water.” Rowing for example, is a skill people need for multiday trips out West. “A lot of people find their passion for the outdoors this way.”

From the first year, he included a youth kayaking school year around, river cleanup, and this past summer, he worked with Boys to Men, utilizing a grant to create a summer mentorship camp for boys who lost a parent to incarceration.

If you’re worried about the health of the river, he directs people to RVA H2O, a campaign with the Public Utilities Department that educates on runoff and its implications, how we have an archaic system that needs to be updated.

“A lot of the stormwater CSOs [combined sewer overflows] have been taken offline, but they’ve all been diverted to a part lower down on the river, where there’s nowhere for it to go when it rains hard, until they build a bigger pipe or holding basin.”