Calexico and Iron & Wine reunite to rekindle their friendly fire. 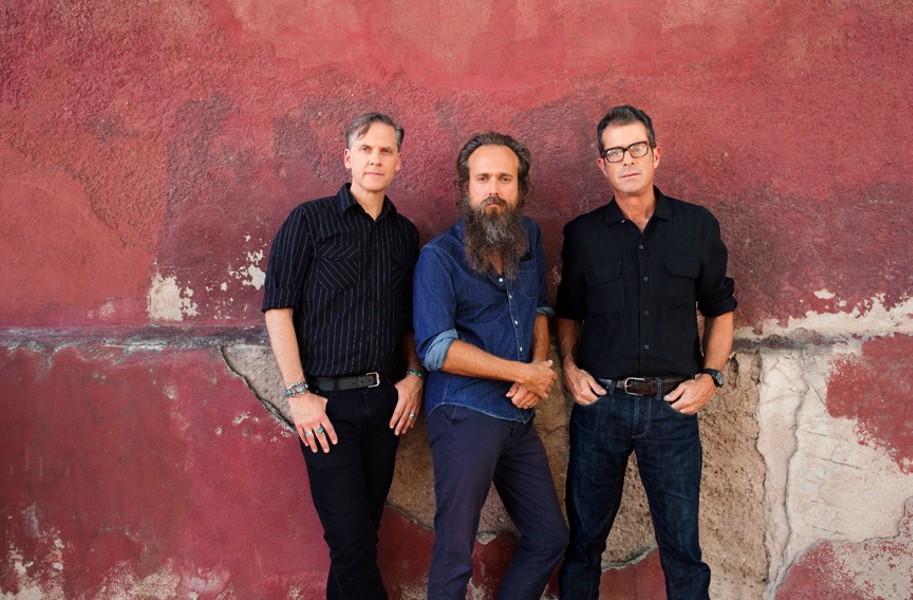 Joey Burns, in discussing the collaboration between his band Calexico and Iron & Wine's Sam Beam, keeps returning to the same word: friendship.

In 2004, the Arizona-based Calexico teamed up with North Carolina's Beam, a 1996 graduate of Virginia Commonwealth University, to record "In the Reins," an EP Pitchfork said at the time "rank[ed] with anything either act has done on its own."

Style Weekly: It's been 15 years since "In the Reins." Had you always planned to reunite with Sam Beam for another album?

Joey Burns: Well, we stayed in touch, and we played on each other's records, but it wasn't until the 10th anniversary of "In the Reins" that we started talking seriously about doing another collaborative project. Once we had that in mind, it was just a matter of finding the right chunk of time to clear out our calendars because we're both pretty busy with our own bands, and we knew we'd be planning six or seven months of touring after that.

Calexico's 2012 album, "Feast of Wire" took more than a year to record. This record took only five days. What are the drawbacks and benefits to working fast?

You just have to make quick decisions, and that was the reason we chose to do that: to just go in and take a snapshot. It's kind of like stepping into a photo booth, except that there's analog tape and microphones and instruments. All the musicians in the room are extremely talented, and that's the reason we were able to get such good results so quickly.

With Calexico, we're always writing in the studio and kind of sculpting and taking our time to enjoy the process. We're more into experimenting. That's not to say that we didn't experiment with Iron & Wine on this recent record, because we did, but in a different way. It's just nice when you have friends in the room who have incredible ideas.

Was there a lot of rehearsal?

No rehearsals, no preproduction; just a couple of demos that were sent back and forth. I wrote a song in Nashville the night before we began recording, and then we improvised a couple of ideas. John [Convertino] mentioned doing something kind of totally free, and that became "Outside El Paso," and from there I suggested trying some variations on "Tennessee Train" and that became [the medley] "The Bitter Suite."

"Outside El Paso" reminds me of earlier, more experimental Calexico releases like "Aerocalexico."

I feel like it's so easy for us to do that. We do it a lot when we do soundtracks for film and television. We always have that it in our wheelhouse, so we can certainly pull it out when we go into the studio.

Last year, Calexico released the 20th anniversary reissue of "The Black Light." What was it like hearing those songs two decades later? Did you recognize the person playing them?

Yeah. That person is still part of me and when I listen back, I do hear a lot of insecurity. But I like that, it adds to the intrigue and the mystery behind the songs. It's such a wonderful collection of different fidelity recordings: You have lo-fi recordings, home recordings on cassette four-track, even phone messages, and all of that really adds a lot to the sonic portrait of the band at that time.

You recorded this album in Nashville. What does a Nashville studio sound like as opposed to one in the Southwest?

It really doesn't matter. It's more about the people in the room. The studio in Nashville was fantastic: a great big room with plenty of space to spread out and try different things. We were in one big room because we wanted to do it live. But after we met in the studio in 2004 to make "In the Reins" we went on tour and got to know each other. And by the end of that tour we became a band, and very close friends, so we're kind of picking up where we left off there. A lot of people have come up to us and tell us how much they appreciated ["In the Reins"]. It's nice to let a little time pass so you get a different perspective on where you were in your life, and also to reconnect with your friends in a way that's not like sitting down for one meal, but taking a year and getting to really know them. It highlights the importance of friendship, of trusting your friends, and trusting the process.

We walk away from it feeling really good.