The Historic Richmond Foundation tries to save a decaying mansion on Franklin Street. 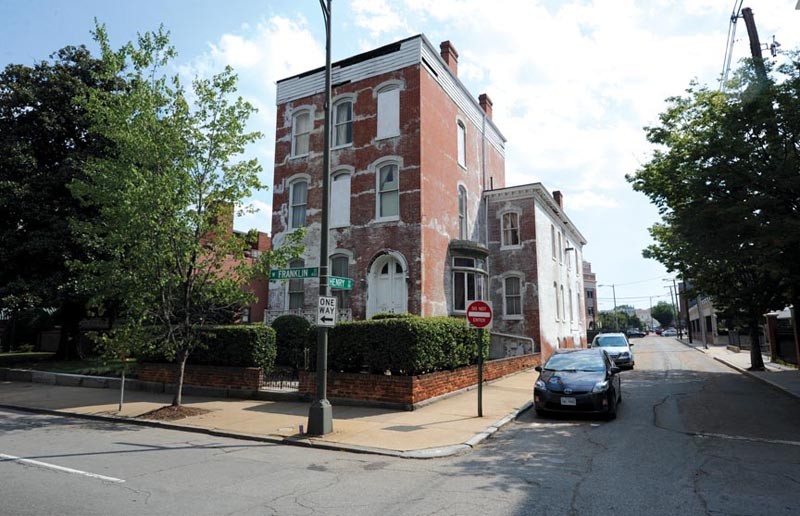 The city condemned the building, which is owned by the Commonwealth Club, a bastion of Richmond aristocracy. The city’s code enforcement report revealed the club’s plans: to demolish the building in order to expand its parking lot.

The Historic Richmond Foundation, a preservation nonprofit, didn’t like that idea. “Our mission is to advocate and protect this building,” says the foundation’s executive director, Mary Jane Hogue.

With a crumbling doorway, boarded windows, and a rusty gate, the three-story brick building looks like any abandoned property, a place that’s certainly gaunt but not particularly striking. But in its summer newsletter, the foundation says that “the interior of the Christian house is one of the finest examples of the period, and that “this circa-1886 structure completes Richmond’s most intact block of its era.”

A cast-iron balcony and a bay window of leaded stained glass evoke memories of Richmond as it existed in the late-19th and early-20th centuries, a time when many considered Franklin Street to be the Richmond version of New York’s Fifth Avenue.

The Italianate home was constructed in 1886 for Edward Christian, who fought as a Virginia Military Institute cadet in the Battle of New Market in 1864 and later held positions of power in Richmond’s paper and tobacco businesses. Christian served as the Commonwealth Club’s third president, and he married the daughter of Col. George S. Palmer, who owned the land where the Commonwealth Club now stands at 401 W. Franklin St. The club, established in 1890, moved into its current building in 1892.

The house remained a private residence until 1950. Several organizations used the building during the following years until the Commonwealth Club purchased it in 1988. It’s been empty since.

The Franklin Street house is one of 14 structures that comprise the Commonwealth Club Historic District, which is listed in the National Register of Historic Places. But the area isn’t one of the city’s officially designated old and historic districts, so the Richmond Commission of Architectural Review has no control over demolition of the building or construction on the property.

The Commonwealth Club has agreed to work with the foundation to explore preservation options. The foundation has hired Sanford Bond of 3north Architects, who will perform an assessment of the property and draw up plans for possible uses of the building. Although the Commonwealth Club didn’t return calls, the Historic Richmond Foundation says that “both organizations are diligently collaborating to preserve the integrity of the Franklin Street corridor.” S