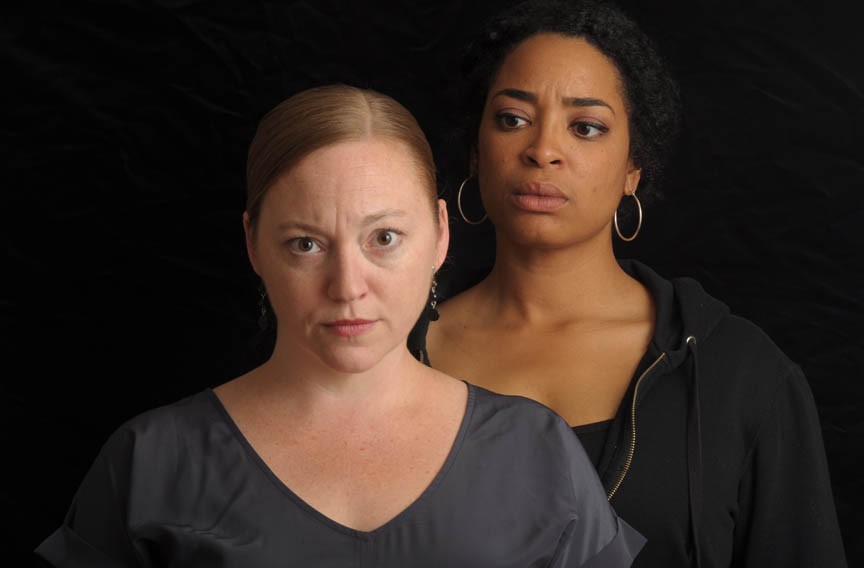 For each of director Keri Wormald's productions, she has started with the same thing: an edgy, intense, well-written script. "I am a literary snob," she says. "I don't have time in my life to spend several months on a project if it isn't wow-factor good."

As a result, many of the most challenging and exhilarating contemporary dramas that have been staged in Richmond over the past 15 years have had Wormald's name attached. She has received best director nominations from the Richmond Theatre Critics Circle for her staging of "August: Osage County," "Well," and "Doubt: a Parable." This weekend, she opens her latest project, a drama with ripped-from-the-headlines relevance called, "Gidion's Knot," that will play at the HATTheatre in the far West End.

This two-hander will star local favorites Laine Satterfield and Katrina Lewis and has special significance for Wormald. The one-act play consists of a very uncomfortable parent-teacher conference enacted in real time where the two characters parse the particulars of a tragic at-school incident. Wormald works as a teacher at Thomas Dale High School so she says, "My natural inclination is to side with the teacher. But as a director, I want the audience to go back and forth and think, 'she's right...no, she's right!'" Working on the play has made Wormald a better teacher, she says. "I've had to work against my bias and look at situations from the parent's point of view."

"Knot" was brought to Wormald's attention by Satterfield. Both had been looking forward to working together on "Times Stands Still," a play that they had been hired for at Firehouse Theatre but that both bowed out of in the wake of the Carol Piersol imbroglio (Piersol is producing "Gidion's Knot"). One attractive feature of the project was the preponderance of women involved. "I'm a second-wave feminist and, particularly working in a school setting where two-thirds of the people are women, I'm always wondering why we aren't doing more work that centers on women characters," she says.

Later this summer, Wormald will take off for Scotland to work at the Edinburgh Festival Fringe, the world's largest arts festival, where she has returned every summer since living in Edinburgh in 2007 and 2008. "It's a total battery recharger," she says. She already has her next big project lined up: "Clybourne Park" for Cadence Theatre Company early in 2014. The literary snob in Wormald should be quite satisfied: The show's script won a Pulitzer Prize in 2011. S

"Gidion's Knot" will run at HATTheatre, 1124 Westbriar Drive, from May 30 to June 15. For tickets, visit gidionsknot.brown­bagtickets.com.