Panic at the Opera

Now that Virginia Opera founder Peter Mark has made his exit, what's next? 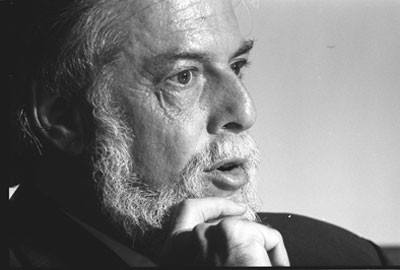 It was the closing night in Norfolk of the Virginia Opera's “Rigoletto,” Verdi's masterpiece about a doomed jester and how powerful a force that revenge can be. The show was about to hit the road, heading to Richmond and then Fairfax on its statewide tour. While the company took its bows, audience members in the Edythe C. and Stanley L. Harrison Opera House rose to their feet in a standing ovation.

It was then that Edythe C. Harrison, the opera's founding president, and one of the patrons after which the building was named, took to the stage with the maestro Peter Mark, the company's founding artistic director. Harrison was about to stun the audience.

“There's a small group working in secret to remove our Peter Mark,” Harrison recalls saying. “You, our audiences, need to know what's happening. You need to speak out and stop these few people and save the opera.”

Sitting in the second row with his wife and two teenagers was the opera's president-elect, Alan D. Albert. “It was an awkward and inappropriate moment,” he says. “The cast of ‘Rigoletto' was standing onstage, they had been taking their bows.” He adds, “What an extraordinary insult to these singers that had just sung their hearts out … to literally upstage them.”

And that's about all both parties can agree on in a tale that could very well function as the plot of an opera itself. How one of the state's most prestigious artistic groups landed in a debacle like this isn't easy to explain. “Like all good dramas there's a whole lot of plot,” Albert, who worked for then-Gov. Gerald Baliles from 1986-89, says.

The opera eventually expanded into a full season, and began adding Richmond and Fairfax as destinations for its productions.

Albert is no new face to Virginia Opera fans either. A lawyer, he became an opera board member 21 years ago, serving as president from 1998 to 2000. The opera has even become a family venture of sorts, with his 13-year-old daughter, Caroline, having performed in “Tosca” and “La BohA"me. He'll be reinstated as president in June.

According to Albert, Mark's contract as artistic director ran out in 2008, but was renewed through 2009 and then again through 2012. An Oct. 8 letter addressed to Virginia Opera board members explains that a new draft had safeguards added to it against “Peter's history of difficulties in working relations with staff, musicians and board leadership.”

Harrison, who lives in Florida, says the idea that Mark is difficult to work with is a Nazi-like lie to hurt his reputation. “During World War II, [Joseph] Goebbels, Hitler's right-hand man, started the big-lie technique,” she says. “That's what it is, it's the big lie.”

Albert declines to explain the opera's difficulties with Mark, saying that it's a personnel matter.

After problems persisted, according to the board member letter, the opera's executive committee asked Mark to take early retirement. Mark declined. Two days after the letter was sent out to opera board members, Harrison took to the stage to speak against what she characterized as a secret plot to oust Mark.

At a full board meeting later that month in Williamsburg, Harrison spoke out against the decision to not renew Mark's contract and ask him to retire. John Field, a former opera president, had presented a compromise that would extend Mark's contract for a year. At the meeting, Field spoke about his compromise, but Harrison says she and other statewide board members — composed of members of boards from Hampton Roads, Central Virginia and Northern Virginia — weren't allowed to discuss it.

Albert says that the executive committee already had agreed to all but two of the terms. “By the time of this board meeting we had been trying, unsuccessfully, to negotiate the terms of a transition for 10 months,” Albert says. The compromise went nowhere.

In addition to not being allowed to discuss the compromise, Harrison said she was also shocked that there were three large security guards at the meeting — a tactic she says was used to intimidate those that would stand in defiance against the executive board. Harrison also says that there were armed police at the opera's annual meeting in June. “I asked them if they were going to have storm troopers at the next meeting,” Harrison says.

Albert disagrees with this account. “There was no police at any meetings,” Albert says. “The hotel security did show up at the meeting in October, because things do get a little heated, and there was some concern there might be a breach of the peace.”

A few weeks after the Williamsburg meeting, in the middle of the Virginia Opera's 2010-11 season, Mark was fired.

According to Harrison, this should never have been allowed to happen. She says that at the annual board meeting this past June there was a power grab by the executive committee when the opera's bylaws were rewritten. In doing so, the voting power was taken away from the large statewide board of directors, a move she characterizes as undemocratic.

Albert says this idea of a power grab “is a red herring.” Furthermore, these geographic groups “[are] not actually committees,” Albert says. “Those boards are purely advisory.” Albert says that the statewide board has never had any real power outside of fundraising, donating money and encouraging people to subscribe to the opera. “That's a lie,” Harrison says. “That's an out and out lie. The state board had their vote taken away. They changed the bylaws.” As for Albert, she says, “Alan Albert's a lawyer, so he'll twist words around the way lawyers do.”

The winners in all of this turmoil may be Virginia's opera community. Because of what Harrison and Mark call an outpouring of support from Virginia's opera community, Mark has decided to start a new company. Christening it the Lyric Opera Virginia, Mark has announced a season that will begin at the Sandler Center in Virginia Beach, move to the Ferguson Center in Newport News, perform at both the Landmark and Carpenter theaters here in Richmond, and conclude at the George Mason University Center in Fairfax County. Its inaugural season will include “La Traviata,” the musical “The King and I,” a jewel-box production of “Carmen” and two showcases of up-and-coming musical talent.

“A jewel-box opera is a fully theatrical version of all the best jewels in the opera,” Mark says of the “Carmen” production — “in other words, the most famous arias, the most romantic scenes, put together in an artistic way, without the cumbersome length of a full-scale opera.” Mark says he wants to work to bring in people who have never experienced opera. He also wants to have discovery concerts, in which audiences will get to meet and listen to the rising stars of the opera world.

“La Traviata” is scheduled to premiere in Virginia Beach on Sept. 9, and Mark says he has the rest of his dates nailed down except for Richmond.

Albert says new plans are also in store for the Virginia Opera, such as filming operas in high definition and screening them at movie theaters. “It's a very new delivery system,” Albert says. “I think we're going to have a very interesting few years ahead of us.” The Virginia Opera has decided to bring in Robin Thompson, a renowned consultant to classical performing arts groups, as a consulting artistic adviser. Its 2011-'12 season will include “Aida,” “Hansel and Gretel,” “OrphAce” and “The Mikado.”

Mark and Albert do agree on one thing: Dueling opera companies in Virginia won't split the audience.

“I think the arts help each other,” Mark says. “Many cities have two ballet companies, two orchestras or more. If you look at South Florida, my God, there are like 10 opera companies or more within a short radius.”

Albert agrees. “Those of us at Virginia Opera give the time and the money to opera because we love opera,” he says. “We're very supportive of anybody who wants to further opera as an art form. … In the long run I think this will be good for Virginia opera.”

After initially threatening legal action against his former employer, Mark has decided against it. “I'm spending my energy on building this company, the Lyric Opera Virginia,” he says. “I don't think it's clear yet whether Virginia Opera is going to offer me any settlement. But in any case, my energy is going to be used in a positive way.”

Mark says he'd rather focus on the future than talk about the past: He's still fond of the people that he was able to share opera with. “I'm certainly proud of everything I did in 36 years in the commonwealth,” he says.

“The emotion I recall mostly is just enormous sadness,” Albert says, “because this company has been a cultural jewel for so long for this state, and taking to the streets in this fashion was not going to benefit the opera, and I didn't think it would benefit Peter Mark either.”

“It was just a tragedy,” Albert says, “because we'd spent 10 months trying to create a glorious transition that would honor Peter for all of his years of glorious work.”