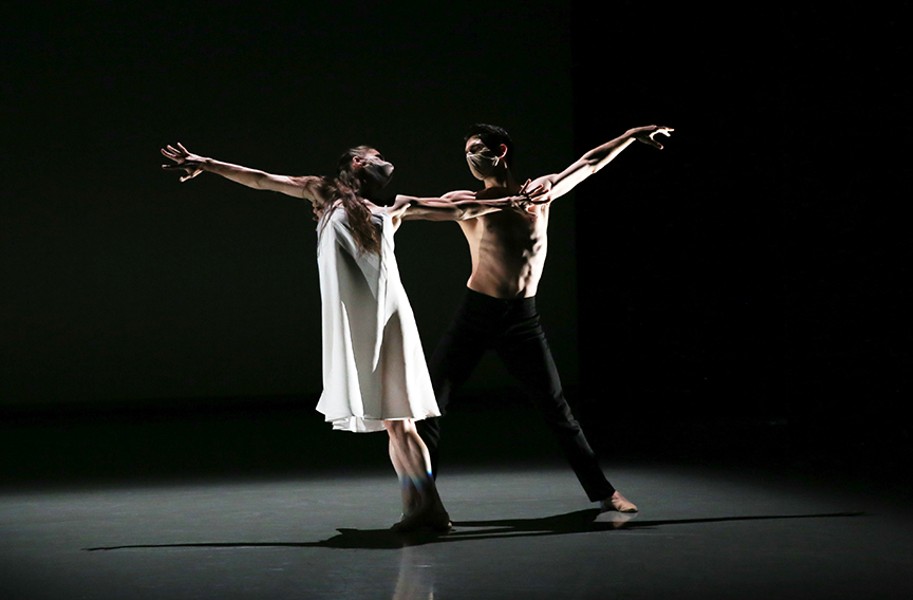 Richmond is unusual in the world of dance.

Home to the Richmond Ballet, the State Ballet of Virginia has its own downtown building and studio on Canal Street, rare among professional organizations around the country. And this means everything during the time of coronavirus.

The company is one of the very few professional ballet organizations preparing a fall season. Founding Artistic Director Stoner Winslett says she was “super-excited and thrilled” to open its live performance Studio Series a few weeks ago.

“It could not have gone any better,” she says of the first performance in the Studio Theatre space that normally holds 250 people but with socially distanced, single seating now holds roughly between 50 and 63. The company is following the governor’s health restrictions, the Centers for Disease Control and also has a three-person medical task force of its own local doctors.

The ballet has two more Studio Series – Oct. 13 - 15 and Nov. 10 - 22 – but did have to reschedule a world premiere to next May and also canceled its December production of “The Nutcracker,” a major undertaking that requires hundreds of dancers and crew. It will be the first time Richmonders will not have that annual holiday tradition since 1980.

Winslett explains that, because the Richmond Ballet is so far ahead of most dance companies in putting on performances, already other companies are reaching out for advice. “We’re doing 16 shows of this in front of a smaller number of people,” she says. “And we are very, very sad about canceling ‘The Nutcracker.’ We couldn’t figure out a safe way to do it. … I like to think of it as a little rest this year.”

To sustain the 16 shows and ensure the safety of the artists, the company has been divided into two independent pods, Winslett says. Company class is held onstage with one pod, the other pod is downstairs in a studio space that receives a Zoom feed of the instruction. Each pod learns the same repertory, different ways.

Because the shows have been reduced to one-hour, without intermissions, Winslett says it’s been challenging programming with seven to eight dancers going straight through with costume changes. The ballet is also limited in terms of what it can do with duets and partnering, based on current health guidelines. Winslett says one advantage is that several local dancers are getting a chance to practice their own choreography.

“I like challenges,” she says. “In some ways it’s been excruciating to try to program these shows, but in other ways it’s kind of fun.”

Winslett says the Richmond Ballet’s mission is “to awaken and uplift the human spirit,” and she can’t think of a better time for that.

“I think basically what artists do is take what is in front of you, whatever you have, and make something out of it,” she says. “The way I’m looking at this whole COVID-19 thing is, we have no idea how it will end. We have to figure out what ballet and dance looks like in this time.”

Dogtown Dance Theater, the local nonprofit that is mostly centered on community dance classes and performances at its studios in Manchester, reopened its doors in August. Executive director Jess Burgess also serves on the presenters council for Dance USA, the national governing body for the dance sport.

“All the stuff we normally plan for fall we hopefully will push into spring and summer of 2021,” she says of Dogtown’s regular schedule, “which is a lot of what I’m hearing from different organizations around the country.”

Dogtown went from more than 60 classes this time last year to around seven classes a week and nothing on the calendar in terms of performances, she says. 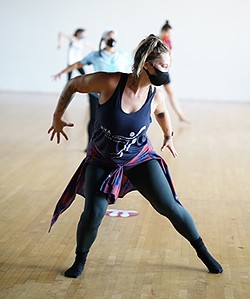 The organization has a diverse income base primarily built around money from classes and performances, but it’s also always relied on charitable income: grants, foundations and donors. Burgess says it’s currently in a stable place thanks to Paycheck Protection and Economic Injury Disaster loans and some big grants, including the National Endowment for the Arts providing a $50,000 coronavirus grant.

“We’re very lucky. … That’s why I haven’t felt any enormous pressure. We can come at this in a really thoughtful way,” she explains. “We are very community-oriented, so the last thing we want to do is put anyone in harm’s way.”

Currently it is offering a couple free community classes in person and online that have been attended by around 20 people, socially distanced by 10 feet. “Teaching classes in masks is definitely not the best thing I’ve ever done,” Burgess says, laughing.

She says the next couple years will likely involve a hybrid model of online classes and limited in-person events and classes. “We haven’t had any bad experiences, we’ve put in a lot of safety precautions based on what CDC and Dance USA has put together.”

Since March, the Latin Ballet of Virginia has canceled its live activities but is continuing to serve schools, civic programs and workers in local businesses virtually at least until January, according to founder and artistic director Ana Ines King.

It is encouraging dancers to continue training and studying at home, while instituting a video collaboration among young choreographers around the world.

“However, our revenue is way down because schools, most of the presenters and parks are paying half the regular fees,” King says via email. “The plus between all present challenges is that by virtual dance/culture learning we are reaching audiences from other states and countries as well.”

The Latin Ballet applied for all the aid that has been offered, she says, receiving a $50,000 grant from the National Endowment for the Arts. It has two live events with limited audience and social distancing that will also be offered online: “Dia De Los Muertos” with the Richmond Symphony at the Carpenter Theatre on Oct. 31, and “Enigmas” at Piedmont College theater in Demorest, Georgia, on Nov. 7.