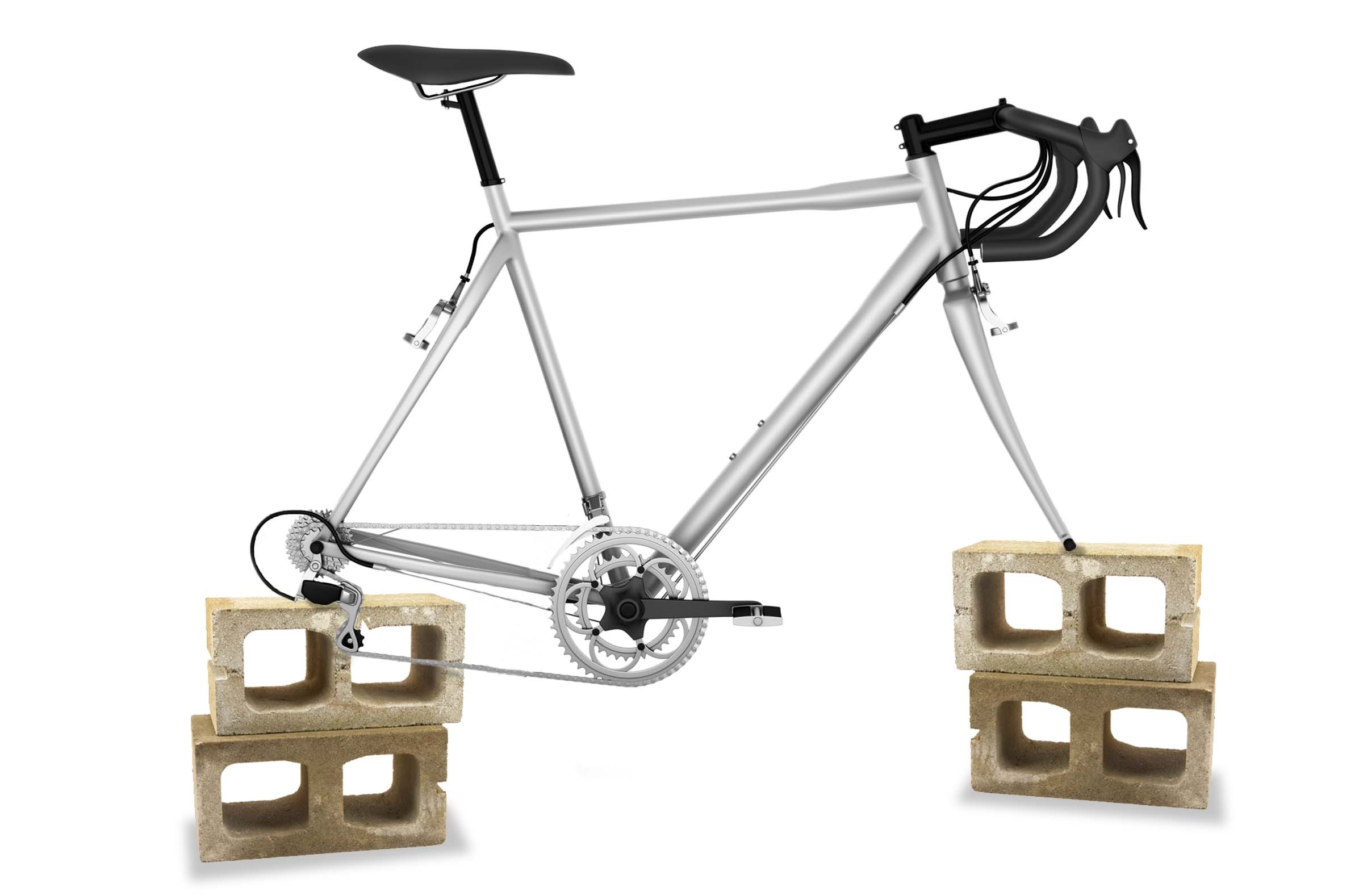 Richmond is gearing up for the bicycle race of a lifetime in 2015. The Washington Redskins start camp behind the Science Museum of Virginia this summer. And after a four-year hiatus, plans to build a ballpark in Shockoe Bottom appear to be back on.

That represents, conservatively, about $25 million of the city's very limited resources. Which begs the question: Are they worth it?

Politically, the answer's obvious. It can't hurt Mayor Dwight Jones's legacy or future ambitions for higher office if he can lay claim to landing the Redskins, playing host to a world-class cycling event and building a $50 million ballpark.

That doesn't mean the numbers add up. They almost never do.

"There's no evidence that these things are good deals for the public," says Neil de Mause, author or "Field of Schemes" and the sports stadium news blog of the same name. In the world of publicly subsidized economic-development deals, he says, stadiums rank at the bottom. They're spectacularly expensive, and the number of jobs created don't come close to covering the public investment — often hundreds of millions of dollars.

"There are very few economic development deals that compare to the crap-tacularity of sports stadiums," he says.

Granted, Richmond isn't building giant stadiums for professional football or major-league baseball teams. But regardless of size, the scale remains the same. Most sports facilities are open just a few months out of the year, which severely limits their economic impact, and promises of retail spinoff often are grossly overstated. That's not to mention the economic studies produced to support such projects, which can be based in shaky data.

Take the UCI World Road Cycling Championships, which proponents claim will bring in 450,000 spectators and generate $129 million in economic impact for the region — $158 million statewide, according to Chmura Economics & Analytics. On paper it seems a no-brainer. Through private and public sources, Richmond will pay $21 million to hold the nine-day event, with $2 million of that coming directly from city coffers and another $2 million from the governor's opportunity fund.

"Our economic impact studies suggest that if our version of the worlds is just as successful as the worlds that were held in Hamilton, Canada, our state and region will generate nearly $160 million in economic impact," Mayor Jones told a group of political and civic leaders gathered at Lewis Ginter Botanical Garden recently. "That's a pretty good return on our investment."

Except that it really isn't. The Hamilton race that Jones refers to occurred a decade ago, and it drew just 23,768 spectators, according to one study — a far cry from 450,000. Even if it does draw hundreds of thousands of spectators, it would crowd out other economic activity. If streets are blocked, for example, existing retail stores will lose business.

Also, the United States isn't Canada, especially in mid-September when the bike race will face lots of competition for spectators. That's smack dab in the middle of football season — pro, college and high school — and the fall baseball pennant races.

It's also worth noting that Richmond was one of just two cities that wound up bidding for the rights to the cycling competition. The third finalist, the city of Quebec, dropped out after concluding that spending $21 million to play host to the event was, well, not worth the investment.

The Redskins deal is less expensive overall, but more of a financial burden on the city, which is putting up $10 million to build the training camp. Mayor Jones says the project, rolled into another development anchored by Bon Secours Richmond Health System in the West End, is a $42 million investment that will kick back at least $8.5 million in annual economic impact.

Of course the numbers are based on attendance figures at the training camp supplied by the Redskins — which estimates that 100,000 fans will attend the three-week camp in Richmond. That doesn't jibe with the training camp numbers at the old location in Ashburn. It may wind up being a boon, but the idea that a three-week camp will lead to $8.5 million in total impact is far-fetched, sports economists say.

As for the ballpark, rumors have swirled for weeks that Jones has settled on Shockoe Bottom as the future home of the Richmond Flying Squirrels. This comes a year after the mayor publicly stated that the new ballpark belonged on the Boulevard, next to The Diamond. The Squirrels also have publicly declared their preference for the Boulevard, which is better situated to draw fans from the suburbs.

With a breakdown in regional support — Chesterfield County, in particular, is still fuming about the last-minute scuttling of legislation that would have given the counties equal say on the Richmond Metropolitan Authority — sources say the city agreed to reconsider Shockoe Bottom. The thinking: If the counties aren't going to participate in financing the ballpark, why not build it somewhere other the Boulevard, which could be developed into a regional shopping center? Developers long have eyed the Boulevard area for big-box retail development, which the city sorely lacks.

This was the proposal in 2008, when Highwoods Properties pitched removing the ballpark from the Boulevard and using it to anchor a $363 million development in the Bottom. With much of the neighborhood in a 100-year flood plain, the ballpark's concourse would serve as an emergency access road if the area flooded again, which would open more of the area to development.

But in its fourth iteration, the Bottom ballpark plan is sure to run into heavy resistance. Activists worry that it will encroach on sacred ground next to the African Burial Ground and the site of Lumpkin's Jail. Residents in Church Hill long have opposed the plan. And then there's the question of how to pay for the ballpark. Sources say the plan is to create a special tax district around the new stadium, in which all of the tax money would go toward paying off long-term construction bonds. But that would mostly likely involve taking existing tax revenues out of city coffers.

"I haven't heard one constituent of mine say putting a ballpark in Shockoe Bottom is a good idea," City Councilman Chris Hilbert says. Council President Charles Samuels also supports keeping baseball on the Boulevard and "working to restore a positive relationship on this issue with our regional partners."

The Squirrels, however, have built up plenty of political goodwill. And with plans to spruce up the train shed next to Main Street Station and convert the farmers' market into a European-style plaza, the ballpark would be the perfect complement, says David Napier, president of the Shockoe Bottom Neighborhood Association.

"Baseball itself is not the economic development. It's the infrastructure of the ballpark that creates other development opportunities," Napier says, referring to the concourse doubling as an emergency access road. "You can't build a building in a flood plain, but you can build a ballpark."

Selling the public, however, will take the perfect pitch. S