Why hoarded assault rifles and 30-round magazines won’t mean much in a drone-strike age. 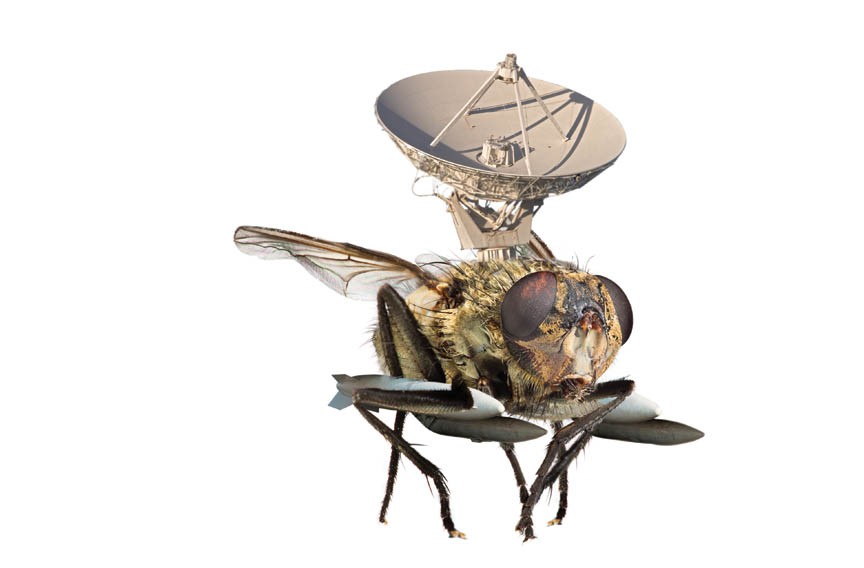 Picture a remote trail in the mountains, where armed men long have trained for war against the U.S. government. Hardened by warfare, they aren't strangers to this particular game. Soon their target comes into view: a column of trucks moving along a road far below.

While the men set up their ambush, the entire cliff on which they huddle vanishes in flame and thunder. Once the dust settles, from high above the same drone that launched a rain of hellfire down on the insurgents signals all-clear to the convoy. A hundred miles east, a rebel leader in a run-down warehouse picks up his smart phone. He's distracted by a buzzing noise, a fly near his neck. It is, however, no fly. When this micro-drone explodes, it takes the rebel's head off at the shoulders.

The location? The Blue Ridge Parkway and downtown Richmond. The year? 2017, during an anti-government uprising.

While it seems reasonable and patriotic to applaud the end of such violent insurgents on American soil, we might pause. The technological and political means of their execution are well on their way to becoming a reality, and they may not be reserved for violent extremists.

As with other electronics, unmanned systems for surveillance and combat steadily shrink and become more powerful with each passing year. How small and cheap will they get? Following the logic of "Moore's Law," postulated in 1965 by Intel's co-founder, Gordon Moore, we can expect not only our laptops but also our drones to double in computing power every 18 months. While this ultimately could lead to some form of artificial intelligence, of immediate concern are the Predator drones or smaller siblings being unleashed in civilian airspace by federal and local authorities.

What would they do? It might provide us some solace to think about reckless drivers being tracked and photographed so they could be stopped. From such humble beginnings, however, come a number of darker possibilities. President Barack Obama's administration has given a green light to targeted killings of American citizens, without probable-cause warrants or the commission of a crime. These assassinations could be carried out on mere suspicion of terrorist acts. Here we might think of Timothy McVeigh in his rental truck full of explosives and on the way to a federal building, or Adam Lanza on the way to Sandy Hook Elementary. But in our frightened age, it could mean anyone.

How did our nation arrive at this point? The wars in Iraq and Afghanistan began conventionally, but given the insurgents' tactics and the reasonable desire to minimize deaths on the battlefield, we let robots take on many tasks that humans once performed when at war, the dirty work of detonating mines or entering tunnels full of guerrillas. In his 2009 study of military robotics, "Wired for War," author P.W. Singer looks hard at where this has taken us, including the unintended consequences of what he calls "a public that became more disinvested in and delinked from its foreign policy than ever before in a democracy." Singer traces the use of unmanned strikes upon suspected terrorist bases in neutral nations. It dates back at least as far as Bill Clinton's use of cruise missiles to attack Afghan and Sudanese sites. Then under a policy George W. Bush began and Obama continued, drones hit enemies, suspected or actual, nearly anywhere.

What can citizens do? As might be expected, the lunatic conspiracy-theorists are buying up ammunition against a looming civil war and screaming anonymously online. They'd have been better off hiring lawyers, I suppose. If surveillance by drones evolves into armed strikes from over the horizon, then hoarded assault rifles and 30-round magazines won't accomplish much.
Luckily for our civil rights, other citizens haven't been quiet on this issue. The American Civil Liberties Union has filed Freedom of Information Act requests with multiple federal agencies to find out how police would be using domestic airspace for surveillance. States are taking action against the use of drones without probable cause warrants. Virginia, I am proud to say, has a two-year moratorium in place. Perhaps that will give legislators time to understand the still-evolving technologies of today's human-guided drones as well as tomorrow's fully autonomous drones and robots.

We'd be foolish to ban drones in war today. We fight proven enemies who move constantly, unallied to any nation. Soon they'll have drones too.

As we do, thus will others. China planned to use a drone to kill Naw Kham, a drug kingpin in Myanmar. The criminal got arrested the old-fashioned way, in the end. Had China killed him, I don't think America or other nations would be in any position to condemn it. Now Israel, Iran and other states have these unmanned systems. As Moore's Law works its magic on our smart machines, we may see current prototypes the size of birds or insects mature into something far more sinister. These machines will be used, but, against Americans at least, usage should be limited by courts to situations with warrants and, when possible, due process.

For a true ticking bomb? Deploy, then ask for forgiveness, not permission. I'd imagine those exceptions would occur every several years. They should not, however, become the means for continual spying and killing of U.S. citizens.

Is that a place a democracy really should go?