Out on the Weekend

What it’s like at a socially distanced concert during the pandemic. 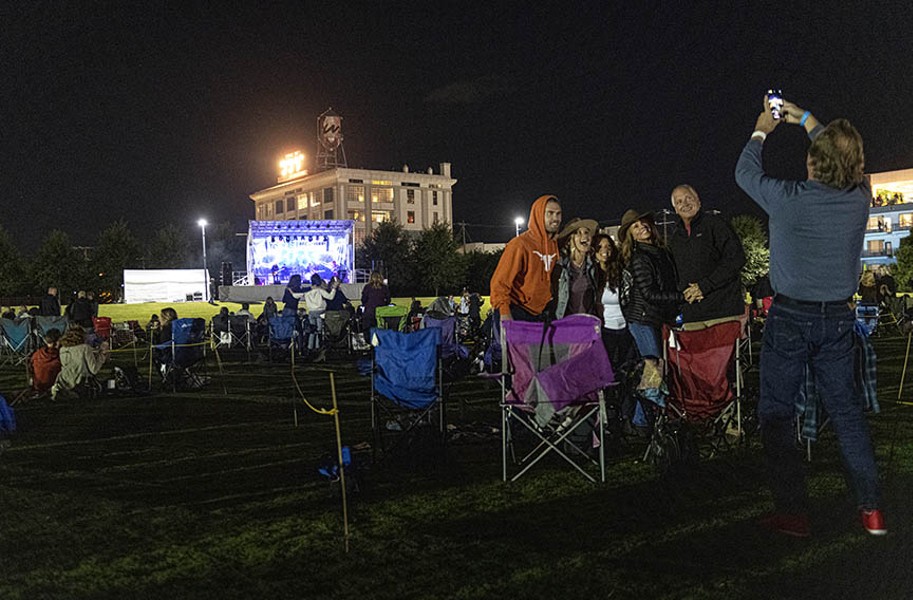 Scott Elmquist Friends pose for a photo in their socially distanced pod during a concert by Full Moon Fever, a local Tom Petty tribute group, at Bon Secours Training Center.

It wasn’t quite a full moon that shone down on the Bon Secours Training Center on Saturday night, but that didn’t seem to matter to guys in Full Moon Fever, Richmond’s own Tom Petty and the Heartbreakers cover band.

From the opening “I Need to Know” through encore finisher “The Waiting,” the group ripped through many of Petty’s better-known songs with equal doses of exuberance and musical chops. Led by local musician Prabir Mehta, the group sounded eerily close to the heartland rock band that topped the charts with its blend of the Byrds’ jangly guitar riffs, Petty’s straightforward songwriting and a jolt of rock ’n’ roll.

More than half a year into the pandemic – and just a day after President Donald Trump’s positive COVID-19 test became public – seeing live music still feels like tempting fate, but the Broadberry crew playing host to the event did its best to ensure a safe time for all. Attendees purchased group tickets in advance by pod, a term for patches of land roped off 6 feet apart on the training center’s two football fields.

Each pod had to enter through the front gate together, and each person was screened for fever with an instant thermometer. Beer and wine had to be purchased online in advance and be picked up upon entering the training center to discourage lines. Though the event’s instructions said attendees were supposed to keep their masks on through the duration of show, most everyone took them off upon arriving at their pod, cordoned off by yellow nylon rope and stakes pushed into the turf. Between the temperature screenings, metal detectors, separate rounds of wristbands to buy alcohol and designate seating area, and bag screenings, getting into the event had the feel of going through an airport checkpoint.

The pods themselves were between the goal posts of the former training camp for what is now known as the Washington Football Team. Its decision to abandon its racist former name and not return to the training camp that cost the Richmond Economic Development Authority half a million dollars annually, happened in recent months. Like the pandemic, these events were not lost on the band.

“What a weird year,” said Mehta after performing “Don’t Do Me Like That.” “We’re on the Washington Football Team’s field.”

Deftly serving up rockers like “Refugee” and “Running Down a Dream” as well as more midtempo tunes such as “Free Fallin’” and “Don’t Come Around Here No More,” Full Moon Fever was in fine form. Through they primarily focused on hits from the Heartbreakers’ early catalog and Petty’s first two solo albums, the band snuck in a few of its favorites, including the stomping, cheesy “Zombie Zoo” and “Have Love, Will Travel” from “The Last DJ.”

Throughout, I can report there was a lot of bad, white-people dancing. After months of social distancing, perhaps they just needed an opportunity to shake their asses. In any case, pandemic or not, there’s one Richmond music tradition that doesn’t appear to be going away anytime soon: that of people talking loudly through a band’s set.

Taking in the show’s peculiar nature, Mehta addressed the crowd with levity.