Our Favorite Dishes of 2020 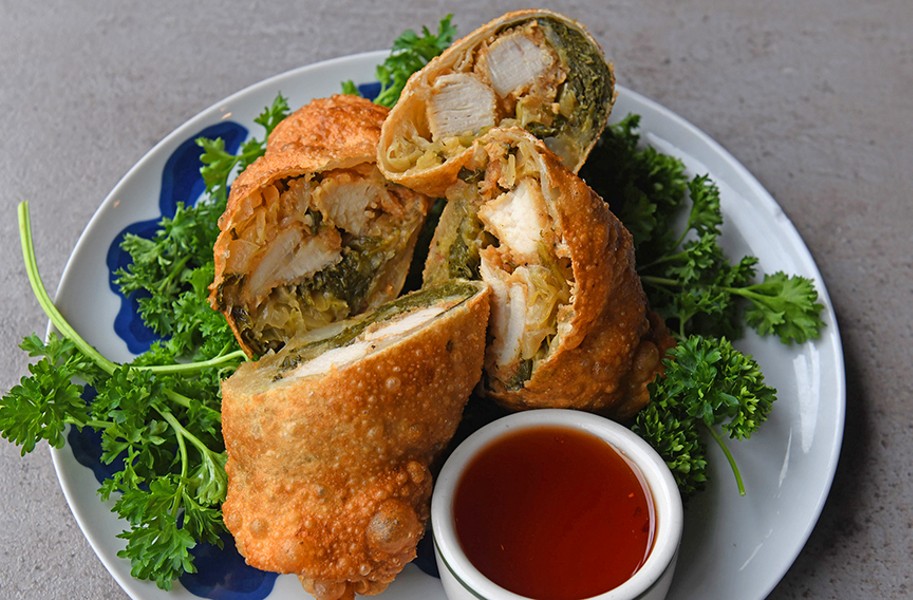 Although its official name is a southern roll, that moniker doesn’t do justice to the aroma and taste of what arrives on the plate. Using a traditional egg roll as the jumping off point, Southern food staples are set into an egg roll wrapper, resulting in a rotund roll best eaten out of hand. The savory mélange marries salty fried chicken, tangy greens, sweet onions and mildly bitter cabbage in a crispy wrapper that barely contains all that goodness. It addresses so many pleasure points in my mouth that the homemade sweet honey sauce riding shotgun seems almost superfluous, until a dip into it proves otherwise. Fair warning, though, one of these before a meal will put a serious dent in your appetite. — K.N. 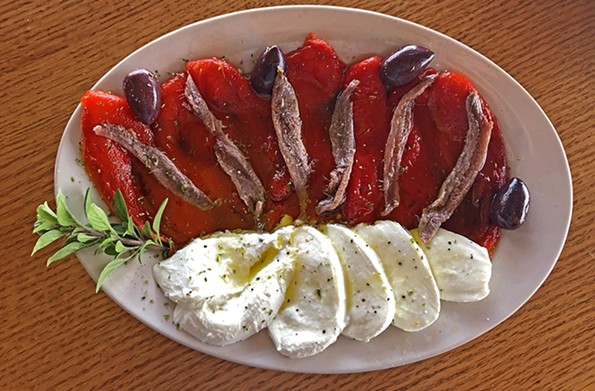 Living in Oregon Hill, my go-to work lunch location is three blocks from my house. I prefer lunch over dinner at Mama’Zu because it’s easier to get a seat. There’s an actual laminated paper menu, instead of the dinner chalkboard, which makes me think the anchovy and red pepper antipasto is a permanent thing. I’ve only had it once but I still remember its perfection. The sweet pepper strips are interspersed with dark anchovy filets, cured olives and ribbons of fresh basil. Then the whole thing is drizzled with olive oil. This is exactly the type of deceptively simple dish that Mama’Zu does so well — combining a minimal number of ingredients for maximum flavor. Pair this with some crusty bread and this $8 antipasto won’t leave you hungry. In fact, I polished it off and then got my actual lunch dish to go. — P.H. 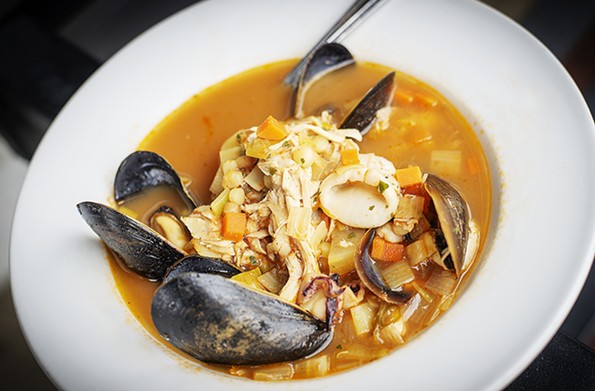 For some of us, soup isn’t just a cold weather necessity, it’s life. I can get behind Dinamo’s fish soup any time of the year it’s served, mainly because it’s a pescatarian’s wonderland, chock full of whatever fresh seafood — rockfish, shrimp, squid, monkfish or mussels in the shell — the kitchen has on hand. The broth is tomato-based and muscular, made with fish stock and thick with fregola, a coarser cousin to couscous that’s appropriately nicknamed Sardinian couscous. Flavorful as it is, you don’t have to be a heat head to appreciate its moderate spice, which is more like two chilies than four. Best of all, it eats like a meal when accompanied by crusty bread for sopping up all that savory broth. — K.N.

When Billy Fallon’s first restaurant, Aziza, closed in 2015, I mourned the loss of the massive cream puffs more than anything. I searched for years, locally and afar, but found no equal.
In late 2018, Fallon put his mother to work again making those famous cream puffs for Billy Pie. Rusty’s cream puff ($8) is a decadent balance of flavors and textures, without being gloppy sweet. I get one every time I eat there, and sometimes a solo puff for takeout.
The choux pastry is satisfyingly firm, barely containing the generous scoop of pale pastry cream, and topped with a glossy layer of dark chocolate glaze. The delicate vanilla flavor is sweet enough to be dessert, but not so sweet that a few bites are enough. The size of a generous bagel, this cream puff looks large enough to share. Trust me, it’s not. — P.H.

My new favorite dish is shakshuka, currently a staple at Baker’s Crust and the Little Nickel. Some say it originated in Yemen, some say it was invented in North Africa. Now Israeli food writers claim it’s the most popular dish of the moment, boosted by London’s Israeli-born chef Yotam Ottolenghi. A mélange of tomatoes, goat cheese or feta and poached egg, it’s eaten for breakfast, lunch or dinner. You can make your own by adding ingredients like spinach or cream, whatever you think mixes well with the tang of tomatoes and the creaminess of egg yolks. The most common vehicle for getting it to your mouth is bread, be it pita, challah or Texas toast. A word of warning: Wear dark clothing. Scooping it up with bread, there’s no way you can avoid wearing some home. — L.A.B. 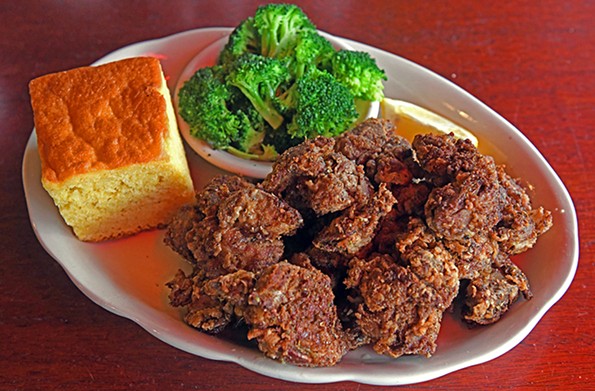 Think of it as poor man’s pâté. If we can embrace rabbit — thanks, L’Opossum — and we no longer limit organ meats to calf’s liver or swerve away from sweetbreads, chicken livers aren’t such a stretch. I’d never even seen a chicken liver before coming to college in the South. Now I consider myself a connoisseur. And Joe’s Inn in the Fan serves up the perfect liver in portions sized for more than one meal. Where else can you get dinner for $10.95? Pan-fried, they’re perfectly crisp on the outside, and inside they are as creamy as any fowl pâté. Be generous with fresh lemon juice and salt. You’ll never again lament not being able to afford foie gras. — L.A.B.

Back to State of the Plate