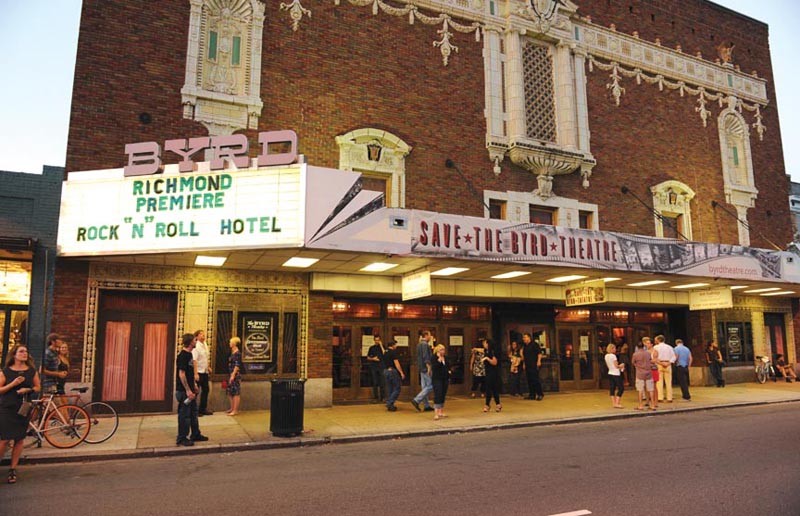 David M. Barnett’s passion for the organ was sparked in the mid-1950s, when his father took him and his best friend to see famed English organist Reginald Foort at the Mosque on Laurel Street.

That passion for the organ remains, even if his ability to work on them has been curtailed.

Barnett has filed a $5 million suit against the Byrd Theatre Foundation and the theater’s management company, 1928 Limited Inc. after an accident on May 23, 2009, that left him blind in one eye.

According to his Richmond Circuit Court complaint, Barnett was invited to help clean and repair the organ for free when, while trying to access an area unreachable from the floor, he stepped on an unsecured plank. He was thrown about 4 feet and hit his head on a tremulant, a device that varies the wind to an organ’s pipes.

As a result, the lawsuit charges, he suffered not only permanent blindness in his right eye but also a broken nose and permanent scarring. The suit alleges that the foundation and management company knew — or should’ve known — that the plank, which had been there since the organ’s installation, wasn’t safe.

The theater’s general manager, Todd Schall-Vess, referred questions to the foundation’s lawyer, who didn’t respond to a request for comment. But in its response filed in court, the foundation says it’s a charitable organization and, as such, is immune from the suit.

Barnett’s lawyer, W. Brian McCann, says to his knowledge the foundation hasn’t offered to pay medical expenses. He declined to say how much Barnett’s injuries have cost.

Barnett, 64, stepped down in 2010 as controller of the national Organ Historical Society. He never played the organ but loved working on them. Now, he says, he feels fortunate to have sight remaining in his left eye but lacks the visual acuity needed for much organ work.

“You really get an appreciation for your vision when you have a problem with it,” Barnett says.

The Byrd Theatre organ was installed in 1928 to be a one-man orchestra to accompany silent movies. According to the theater’s website, about half of the organ’s parts work. The rest are to be restored as money becomes available.

“I have no animosity to the Byrd Theatre,” Barnett says. “I’m still a big fan.”