Opinion: Why You Should Care About Islamic Art 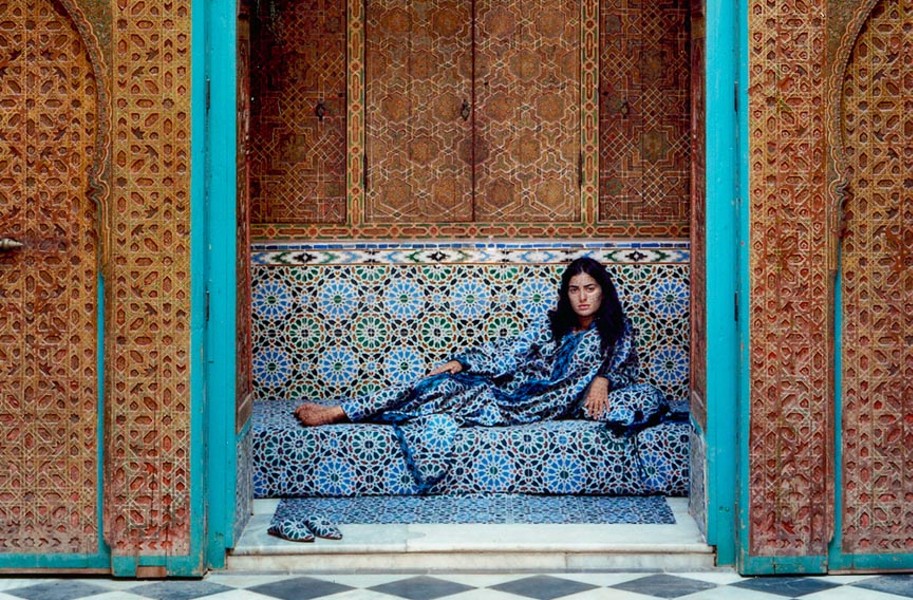 “Harem #1” is by contemporary artist Lalla Essaydi who grew up in Morocco and now lives in the United States. Essaydi will speak at the seventh biennial Hamad bin Khalifa Symposium on Islamic Art at the VMFA November 2-4.

When I asked my students why should we care about Islamic art, baffled by the question in an art history course, they answered "because they are objects of art that carry beauty." Yet, as we well know, works of art are also historical documents.

Most of us easily believe that art is humanity at its best and presents us with the most creative expressions of any age and people. Equally, Islamic art is the imaginative expression of a diverse civilization that flourished for 13 centuries over vast geographical areas in Asia, Africa and Europe. While art cannot be responsible to explain actions or cultures, it can inform us about important aspects of those cultures. Islamic art is not a religious art despite its naming. It is, however, formed through an understanding of the teachings and principles of Islam as a religion and civilization and as reflective of its uniqueness and multiplicity.

What Islamic art can do is to dispel many of the myths associated with Islamic civilization and people. It can restore humanity to the multitude of contemporary people who practice and observe Islam as a religion and have inherited its visual sensibilities. To contemplate the geometrical and floral ornamentations employed to beautify and embellish the most sacred of all to Islam, the Quran, but equally buildings, textiles and objects of mundane use, is to feel the concept of oneness of the creator and to relish in the pleasure of the beauty it mediates. To delve into the intricate details of the miniatures in the richness of their colors and complexity of the narratives they articulate is to realize that Islamic aesthetics are equally centered on humanity.

The miniatures also tell us how important the concept of the book is to the Islamic cultures. The Quran that embodies the words of God is the ultimate book into which all the arts culminate. To honor its sacredness, calligraphy evolved to beautify and intensify the experience of the text. Ornamentations were adapted to frame the pages and the text and to announce the beginning and ends of verses. Papermaking and bookbinding flourished as a consequence. But then also other books were made, ones that focus on botanical and medical sciences, poetry and history. These were particularly important for the development of what we call Islamic painting.

From a genre known as assemblies, the popular "Maqamat al-Hariri" (Assemblies of al-Hariri) composed by Abu Muhammad al-Qasim ibn 'Ali al-Hariri (1054–1122), is a collection of 50 short stories from the author's time that is meant to entertain and educate at the same time by combining social and moral commentary through a mastery the Arabic language. While it was copied numerous times, the best known are ones copied and illustrated by Yahya ibn Mahmud al-Wasiti, often called the first Arab artist. It was translated to Hebrew when it reached Andalusia, now southern Spain.
The "Shahnameh" (Book of Kings), the Persian national epic poem, and the longest written by one poet, Abu'l Qasim Ferdaousi (c. 940–1020), charts in 50,000 couplets composed over several decades, the mythical and historical episodes from the pre-Islamic Persian empire and the greater region under its influence, including Iran, Afghanistan, Armenia, Azerbaijan, Georgia and Turkey. A number of the copies of this poetic and literary masterpiece were luxuriously illustrated. Its miniatures, however, reflect different aesthetic sensibilities than those of Maqamat al-Hariri or Ottoman and Mughal manuscripts, in similar ways that the architecture of the vast territories under Islamic rules varied in design according to vernacular taste and needs, including its mosques.

The centrality of the text and its complex connection to image continued through modernism and the contemporary production, although with different and renewed significance that does not always express the sacredness of the Islamic age. The art of miniatures as practiced by contemporary artist Shahzia Sikander, who expresses both continuity and innovation. Trained by miniature masters in Pakistan and informed by several intersecting cultures and traditions, Sikander engages with issues of contemporary and global concerns and uses new techniques and media. She continues to evolve the tradition of miniature painting. Hers are not part of books and, with time, exploded outside of the page's boundaries to video and animation.

Ultimately, however, my students are right. These objects of past and present should be enjoyed for the beauty they reveal not only the knowledge they impart. Their aesthetics certainly express people with complex history and diverse traditions but also connect us all to one humanity. S

Nada Shabout is a professor of art history and the director of the Contemporary Arab and Muslim Cultural Studies Initiative at the University of North Texas. Shabout and 11 other scholars, artists and curators working in Islamic art will be speaking at the seventh biennial Hamad bin Khalifa Symposium on Islamic Art taking place Nov. 2-4 at the Virginia Museum of Fine Arts. This year is the first in 13 years for the symposium to be held in the United States. islamicartdoha.org.