OPINION: What Are American Values?

If we want to save our country, capitalism must be grounded in justice, honor and decency. 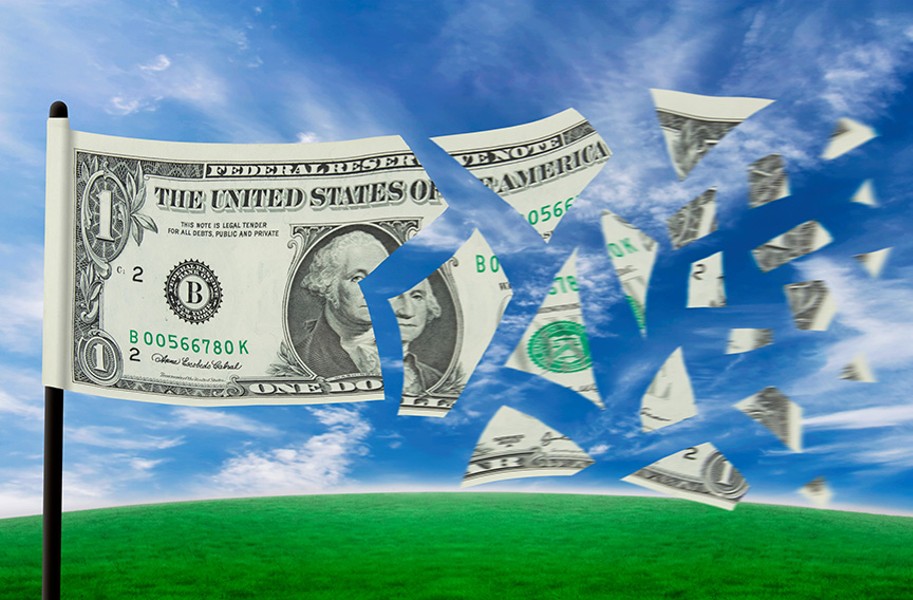 Laissez-faire capitalism is not evil.

It is frankly – openly and cheerfully – amoral. I do not want to live in an amoral neighborhood, city or nation. I doubt that many human beings have ever wanted to live in an amoral world, except possibly sociopaths and some economists whose hearts have been frozen by ideology.

Isn’t it clear that our current form of capitalism is far too close to laissez-faire than is good for the health of our nation? In our national statement of ideals, the Declaration of Independence, Thomas Jefferson amended philosopher John Locke’s sober “life, liberty, and property” to the more visionary “life, liberty, and the pursuit of happiness.” The American’s phrasing injected an emotional and even a spiritual element into the Brit’s colder list of values.

Jefferson was no fool; he did not assert that we have the right to happiness, only to its pursuit. But his change in wording is significant. In Jefferson’s document, the movement away from Locke’s materialistic emphasis toward the psychological and aspirational one eventually leads us to the “justice and magnanimity” of the Declaration’s penultimate paragraph.

The word property does not appear in our Declaration of Independence. But the word justice appears three times. Despite what we can now easily see as the hypocrisy of its unspoken racism and sexism, our founding document is rich with decency and respect for human beings, proclaiming the ideals that the better angels of our natures hoped to continue pursuing. Maybe the American example helped Robert Browning understand the necessity for ideals when, in 1855, he wrote that “a man’s reach should exceed his grasp,/ Or what’s a heaven for?”

Despite the values implied in the 19th century by our homegrown robber barons, the Declaration of Independence was not a proto-Darwinist tract written by and for those pursuing ruthless commercial interests. Its first paragraph speaks of the need for “a decent respect to the opinions of mankind.” The entire document shimmers with the ethical clarity and righteous indignation never sincerely available to amoral businessmen or politicos. And its last three words speak, not of the preservation or acquisition or accumulation of commodities, but of “our sacred Honor.” Even in my most skeptical moments, I still find it an inspiring – a moving statement of national values and ultimate goals.

Jamestown was founded in 1607, Plymouth and Massachusetts Bay in 1620 and 1630. America as an idea, like capitalism itself, is slightly over 400 years old. Adam Smith’s “The Wealth of Nations” was published the same year as our Declaration of Independence. Smith recommended that rulers and legislators simply bow to the free play of self-regulating market forces. Of course, the market, like COVID-19, doesn’t care whether any individual lives or dies. The market is amoral, but you and I are not.

Roughly a hundred years after Smith, Charles Dickens documented the miseries of capitalist industrialization. Maybe if Americans spent more hours reading Dickens and fewer hours watching televised sports we wouldn’t have a national surplus of tribal competitiveness and a shortage of informed empathy.

The exploitation of the poor in England and America, the appalling conditions documented by William Blake, Dickens and Upton Sinclair reached a crucial point in the 1930s with the Great Depression. Sympathy for socialism was widespread, especially among the well educated. But the Great Depression and the Second World War did not tip the U.S. into communism or even into socialism. The horrors of Stalin’s Russia were eventually obvious even to the most extreme American leftist. Yes, I have heard all my life older people who condemned Franklin D. Roosevelt as a socialist or worse. However, note the wording in Encyclopedia Britannica: “In the decades immediately following WWII, the economies of the major capitalist countries, all of which had adopted some version of the welfare state, performed well, restoring some of the confidence in the capitalist system that had been lost in the 1930s.”

Don’t be frightened by that phrase “welfare state” – focus on “restoring some of the confidence in the capitalist system.”

You may have heard some of our best-educated, most idealistic young people calling for a Bernie Sanders to help them tear down the entire system. Some of my favorite young minds are ready to bulldoze the world we older people have left them. And it’s easy to see why. Is it true that some young people are intentionally spreading the coronavirus in order to kill off their capitalist elders? I doubt it – at least the young people I respect are horrified by such a notion. But they want a big change and they want it now.

The phrase times change is as American as apple pie.

In 2020, if we are to save our country from civil strife and entrenched corruption, our capitalism must be worthy of the ideals in our founding document. It must be a capitalism guided by justice and decency, honor and, yes, even generosity.

Poet laureate of Virginia from 2014 to 2016, Ron Smith is the author of four books, most recently an enhanced edition of “Running Again in Hollywood Cemetery” (MadHat, 2020) and “The Humility of the Brutes” (LSU Press, 2017). He is currently writer-in-residence at St. Christopher’s School, where he also holds the George O. Squires chair of distinguished teaching.