Addressing the problems in Richmond Public Schools and city government will require a change in attitude at the top. 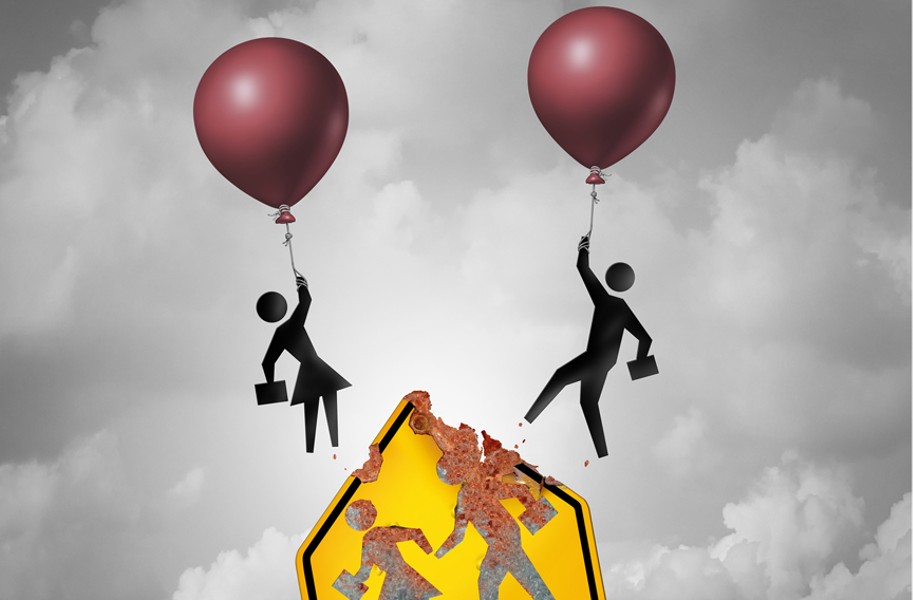 Outrage, frustration, disappointment and sadness are just a few of the emotions that rushed over me upon learning that the Richmond Public School transcript problems could affect students' ability to graduate on time.

What made me sick was going back and reading the scathing 455-page report from the Virginia Department of Education in November 2018 that laid out the schools' systemic problems with transcript data, course scheduling, and academic and career planning.

Some of the findings include:

• "Credits earned in summer school were not recorded on any transcript reviewed."
• "Credit was incorrectly given for middle school courses ineligible for high school credit."
• "Some one-credit courses were incorrectly given two credits."
• Course grade inaccuracies were found, "for example, two F semester grades resulted in a D final grade."
• "In some cases, a student enrolled in a course that required a prerequisite course but the student had not taken or taken and passed the prerequisite course."
• "A number of English language learner (EL) students were scheduled for eight courses with only two of the eight counting toward graduation. The scheduling of EL students needs serious and immediate attention."

The findings go on for hundreds of pages of the report.

The school system was then tasked with reviewing each current high school student's transcript to make the appropriate corrections by April 1. Superintendent Jason Kamras said it would have all current seniors completed by Feb. 1. He now says the system has reviewed all of the transcripts multiple times but has not completed corrections by the deadline because it continues to find errors.

We are now learning that the problems run much deeper than just clerical incompetence. Purposeful acts, such as changing diploma types to circumvent regulations and automatically awarding credits without reviewing classwork, have been artificially inflating graduation rates for years. Even with this artificial inflation, Richmond still had the lowest graduation rate in the state last year.

We also know that some students weren't even notified. One senior found out as late as April 19 that she was not going to graduate unless she added extra classes and was caught up by June.

This story is so important not just because of how infuriating it is, but because it tells us how this gross negligence in our school system is being handled.

The schools either were still correcting seniors' records in April or there was no system for notifying students and establishing a plan from the earliest possible moment.

How is something that could prevent a student from graduating on time not the absolute top priority?

With a problem as impactful as this, there should have been an all-hands-on-deck attitude as soon as it was discovered. However, when during the transcript audit state officials offered a team of six people to come work with local staff over the course of 13 days in August, the city schools assigned only a team of "3 to 4 people" and then cancelled seven of the 13 dates with state staff because the school system "needed to prepare for the opening of school."

It is one thing for there to be a problem that needs to be fixed, but it is disgusting when a serious problem is discovered and nobody feels any urgency about fixing it.

If you are in charge you drop everything else, and you figure it out as soon as possible. You just get it done. No excuses.

I know I wouldn't be able to sleep at night until I knew every transcript was fixed and every single student was given a personal update on his or her status.

What we really need to do is stop and ask: Why do these things keep happening?

The process of figuring that out starts with questioning everything. Nobody in Richmond city government should be able to settle for thinking "That is the way we have always done it" because clearly so many of the processes are broken.

For example in response to my budget op-ed in March of this year, it was pointed out that the reason the city's spending on general government administration seems so high is because Richmond reports certain departments' expenses in that category that other cities do not. The city auditor figured this out and instead of anyone asking why; officials just published it as justification for the status quo, saying that what spending goes in each category is just "a matter of local reporting practice."

When I looked into it, within a few hours I figured out that isn't the case. Richmond's is different because the city reports it incorrectly. It isn't a matter of local practice what goes into each category on the state financial reports. There is a document literally called the Uniform Financial Reporting Manual that lays out the statewide standard.

It is long overdue that our leadership finds the urgency to solve these things that don't come with a press conference.

It may or may not be too late for this administration, but hopefully one day we can have people in charge that understand public service is not about "us vs. them" but instead is about "us FOR them."

The people of Richmond deserve that.