OPINION: The Stone Brewing Bistro: a Good Deal for Richmond 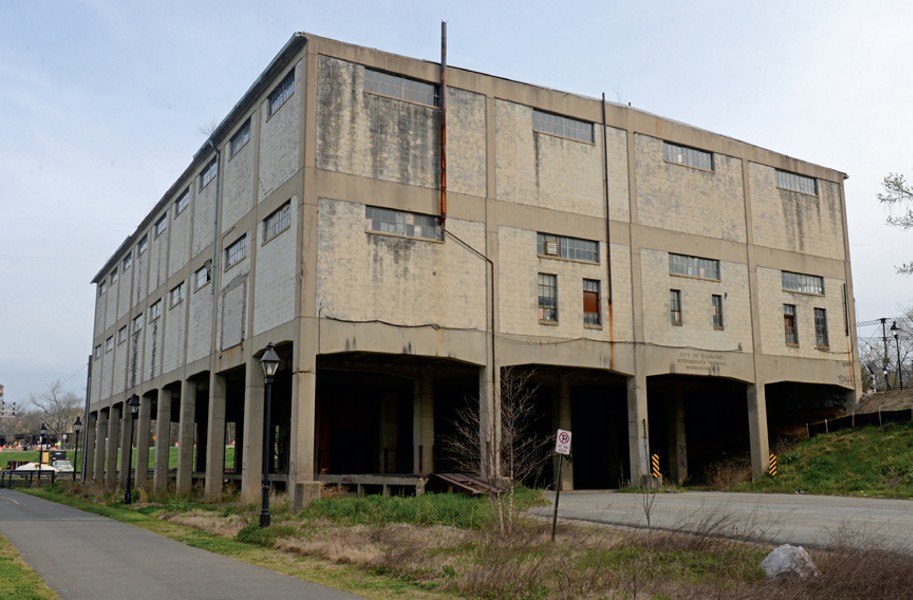 I am writing in response to the Oct. 23 editorial concerning Stone Brewing's plans to construct a bistro on the site of the current Intermediate Terminal Building. As a resident of the Greater Fulton neighborhood and as a career economic development and historic preservation professional, I feel compelled to bring to the fore some essential information relative to the proposed project.

I am not a shill for Stone Brewing – I have no affiliation with Stone in any way. Rather, as a resident of the neighborhood in which Stone is located, I took the time to examine the proposed Bistro project and to familiarize myself with the proposed amendment that awaits City Council. I encourage others to do the same.

Allow me first to address the financing of the proposed Bistro. I have heard some refer to this project as a sweetheart deal. Hardly. As with Stone's brewery, this project will be financed with bonds—not a grant. Think of this as an $8 million loan, a very popular economic development tool employed around the country when a project involves a publicly owned building. Stone is obligated to pay back these bonds over 25 years – with interest. Then, after 25 years of payments, with interest, Stone then must pay $25,000 to purchase the property.

The city's exposure in the proposed deal is significantly limited. For example, the bonds are tethered to the revenue created by the facility – thus, the city's bonding capacity is not diminished. Moreover, the city is only obligated to pay 80 percent of the project improvement costs up to $8 million. Anything more than $8 million, Stone is obligated to pay. This ensures that the building has sufficient value to cover the bonds in the unlikely event of a default.

Stone Brewing already is having a profound economic impact on the city. It has paid more than $420,000 in real property taxes and $ 1.6 million in personal property taxes. Even a conservative estimate indicates that the proposed Bistro will yield more than $25,000 a year in real property taxes. Of course, Stone already employs a number of local residents, and the Bistro will employ many more. I took the time to look at the economic impact of similar Stone Bistro projects in other cities and it was impressive. I encourage readers to visit the Stone website and to look at the quality of the projects Stone has developed. The Stone Bistro in San Diego has become a major regional tourist attraction.

As one with a background in urban design and who is a resident of Greater Fulton, I absolutely want the proposed building to be well-designed and contextually appropriate for our community. I was pleased to learn that there will be an extensive design review process that will allow for significant public input.

The Urban Design Committee will, of course, review the plans for the proposed project and the public will have the ability to comment and offer opinions. After review by the Urban Design Committee, the Planning Commission will evaluate the plans. Again, there will be an opportunity for public comment. Finally, the plans will make their way to the director of planning and development review. I would add that Stone has a history of holding neighborhood meetings to elicit community opinion. It is, however, incumbent on us as residents to make sure we get the building we deserve – there will be plenty of opportunity for input.

It would seem logical that any discussion around the demolition of the Intermediate Terminal Building should address the historic significance of the property. I have spent a career advancing the notion that historic preservation and economic development are inextricably linked. However, key to that proposition is the existence of an historic structure. I take a back seat to no one when it comes to historic preservation. I align myself in this instance with the historic preservation consultants retained to review the property, as well as the state agency charged with determining eligibility for the National Register of Historic Places.

In determining that the building was not eligible for the National Register, the Virginia Department of Historic Resources said, "The complex has lost integrity of setting, design, materials, workmanship, feeling and appreciation and is not eligible for the National Register." This buttresses the work of the experts at Dutton and Associates, a highly respected firm. There is a reason we have standards to determine whether a building is historic. Those standards were applied by historic preservation professionals in this instance and the Intermediate Terminal Building was found wanting.

Simply calling a building a landmark does not make it one. Interpreting and advancing the story of the commercial shipping history in Richmond does not hinge on salvaging a structure that rests in a flood plain and is beset by numerous structural issues. The history of Rocketts Landing and its environs can be told eloquently and artfully absent this decaying building – a building not even fit for storage at this juncture. Stone spent approximately a million dollars examining the structural viability of the Intermediate Terminal Building. Its engineers identified significant barriers to meaningful redevelopment. Any other developer would be faced with the same insurmountable issues.

A key issue for me is building height. Current zoning calls for 45 feet and Stone has agreed to that height in the amendment that awaits council. The current building height is 53 feet – therefore, the new building will be less imposing than the current structure. I was encouraged to read that there are numerous utility and maintenance easements on the property and that they will be honored.

As a resident of Greater Fulton, I appreciate the investment Stone has made in our neighborhood. It has generously supported our nonprofit organizations and has become an integral part of our too-long-underserved community. The history of Fulton for years was one of disinvestment. It is heartening to have Stone Brewing and the City of Richmond work in concert to craft a meaningful project that will benefit our neighborhood and city.