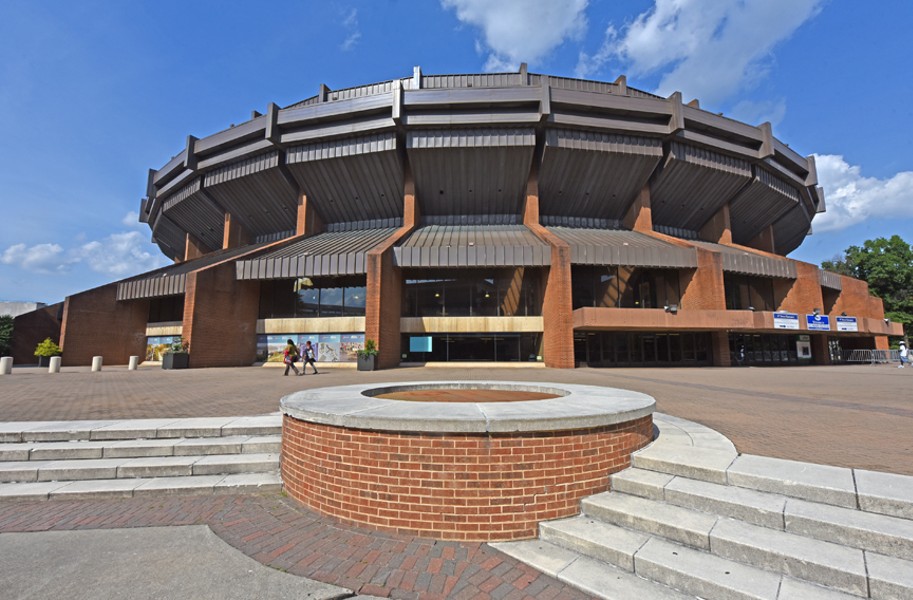 I recently awoke at 4 a.m. from a recurring nightmare I have when suffering from any type of personal fiscal stress. In my nightmare, a burglar has broken into our home and is rummaging through our valuables. I confront him, after hearing an unrecognizable noise downstairs, and then immediately wake up from the nightmare in a cold sweat.

This morning, however, my fiscal stress was not produced by actions I have taken or not taken, but by those already taken by our mayor and about to be confirmed by our City Council. That action is the Coliseum replacement proposed by important leaders doing business within the city. They are rummaging through the city's fiscal well-being, putting it at severe risk that could have long-term detrimental impact.

I am not opposed to the construction of a new or the renovation of the old Coliseum. I am opposed to a rush to judgment on how to pay for it and how large a surrounding development the city can afford. The magnitude of the tax increment financing district is large and consumes revenue growth in this district for many years into the future. Such a huge financial obligation cannot be studied too much before committing so much of Richmond's future tax base.

Let's face it. The city of Richmond does not have a good track record when it comes to participating in economic development initiatives. The 6th Street Marketplace, the Redskin football practice complex and ancillary facilities, the Greater Richmond Convention Center and Stone Brewing, on which the jury is still out, are but a few.

The city is growing quite well without public stimulus. Apartments, condominiums and single-family housing projects are developing throughout the city and Scott's Addition is exploding, all without significant public money.

I make five important points why Richmond is marching down the road to Petersburg. As you know, Petersburg is in the process of digging itself out of a deep fiscal nightmare. First, Richmond suffers both a blessing and a curse from having a large sector of its downtown real property exempt from taxation. These large sectors are due to it as the seat of state government and home to our beloved Virginia Commonwealth University medical campus to the east and its academic campus to the west. Also, the federal government owns executive buildings and court buildings in the heart of downtown. All these governmental and educational activities are necessary and beneficial for local employment, city status and public service.

However, the only direct revenue the city receives from these millions of dollars of real estate value is a modest service charge for services provided by the city, such as fire protection. The state budget provides for an annual payment to the city, but it represents less than 20 cents on the dollar of what the real property tax levy would be if not exempt.

Second, one must ask the question of why Richmond doesn't just issue bonds to finance the project or fund school construction, library and athletic projects for its residents. It is because the city credit card is maxed out. The city has reached the top of its statutorily imposed borrowing limits. In other words, the well is dry except for a couple million dollars for future borrowing from bonds, and for a long time.

Third, Richmond is one of the few localities in Virginia where its residents prepay their real property taxes. Remember back to those days when one paid the full real property tax bill in July of every year. Then you were only prepaying six months in advance. The change was made by City Council to prepay the first half of your taxes in January and the second half in June — in essence prepaying all of your taxes, but six months at a time. Our city leaders a long time ago had mortgaged our revenue stream and were having to pay substantial interest on anticipation loans until the July payments were collected. The pre-payment amendment eliminated the city's interest payments but placed that interest directly on the shoulders of property owners in the city.

Fourth, why doesn't council just raise taxes to cover the cost of repairing or replacing the Coliseum? Richmond is already a high tax locality when compared to Henrico, Chesterfield, Hanover, New Kent and Charles City counties. We do not want more businesses, industries and residents to vacate the city due to unreasonable tax differentiation. Also, Richmond just raised, in a very short-sighted decision, the meals tax. I should also point out that the business license taxes are also collected in advance, based on the prior year's successes or failures.

And lastly, the tax increment financing, known as TIF, plan touted by some of our business leaders. It is not a new or novel concept. It was the popular catchword of the 1970s and '80s and has been successfully used in some states. In others, it has been a dismal failure. I have not conducted a survey of the successes and failures, but this is information council should insist upon reviewing thoroughly before it advances the proposal.

Such funding generally mortgages all growth in the tax base for a long time. In the Richmond scenario, it takes the increase for 30 years. This is the potential growth used to fund schools, fill potholes, cut grass, fund salary increases for city employees and provide resources for fire and police protection. The growth could fund all those services required in the city and future services we don't even know about yet. All that potential growth in tax base is going to be gobbled up to pay the interest and principal on the bonds issued through TIF. The larger the district is, the more revenue growth is lost to use for our future generations.

My major conclusion: Council members, get the true facts about the long-term implications of this recommendation. Don't be hoodwinked by what sounds good when it is sold to you. There is no free ride using TIF. It has serious implications for the city we all love. Ask yourself why the district must be so large. This is the major distinction that separates Richmond's plan from others that have been successful. Ask the question, "What are the consequences to our schools if the pie-in-the-sky anticipated profits do not materialize, or even worse, if the project fails to break even?"

Please, do not rush to judgment of this project, study it thoroughly and get help from objective financial experts. This proposal is huge and can have positive or negative ramifications.