We should keep Jason Kamras as school superintendent but with precise expectations. 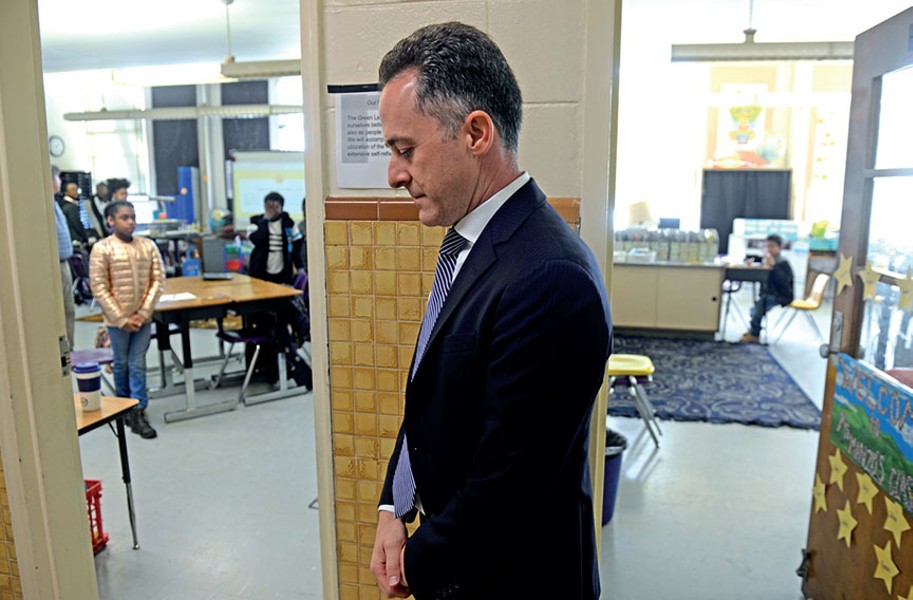 When I wrote “The New Guy,” a cover story about Richmond’s brand-new public school superintendent, Jason Kamras, in May 2018, he told me his goal was to stay in this job for at least five years. He promised he would have every school accredited by that time. He beamed with the confidence of the innocent and the ignorant.

He surely should have known that he was tackling the 12th-largest school district in the state, one of the worst performing of 132 school divisions. At the time, the schools had the second-lowest division average reading pass rate in the state. We had the third lowest math pass rate.

What he did not know and could not have known was that in his first six months in the hot seat that the Virginia Department of Education would discover a cheating scandal at George W. Carver Elementary that had been happening for years and which likely involved other elementary schools. The ripple effects of this cheating scheme can be seen today in the district’s abysmal middle and high school test scores, high dropout and low graduation rates.

He also didn’t know that he and his staff would be caught holding the bag on the negligence of prior administrations that had not been properly recording transcript grades and credits despite a prior School Board directive and prior administrative assurances the matter would be corrected. Sources at Department of Education admit this practice was happening in other districts across the state and that Richmond took the hit while others quietly cleaned up their problems.

Kamras was given a three-year contract for $250,000 a year, the highest salary ever paid to a superintendent. He hired some trusted staff and they all set about cleaning up the mess they inherited. Three years and several controversies later, his contract is set to expire June 30. The School Board is undecided on whether to offer a two-, three- or four-year contract renewal.

While the board attempts to evaluate Kamras’ performance and renegotiate his current contract, Richmond’s families, teachers, community stakeholders are engaged in a robust debate that is as off-putting as it is heartwarming.

One unintended consequence of the current struggle is that despite years of officials’ blaming the poor performance of students on a lack of parental involvement, board members are getting a taste of what parental and community involvement looks like. Judging from the sheer volume of irate telephone calls, emails, social media posts and even an online petition, it is clear that parents and teachers are fed up with all the secrecy surrounding Karmas’ fate.

Regardless of where they stand on how long his contract should be extended, parents are not buying the excuse that board members can’t discuss his contract negotiations simply because the current contract explicitly states that Kamras and the School Board must keep the negotiations confidential.

To be fair, perhaps the intensity and tone of the recent exchanges are made worse by the pandemic and the stress of virtual schooling. Then again, maybe Richmond taxpayers are finally and justifiably sick and tired of the school system’s pre-existing lack of transparency concerning most matters, especially the hiring and firing of school superintendents.

Some School Board members and Richmond Mayor Levar Stoney have declared they want a four-year contract for Kamras. First District School Board member Liz Doerr helped launch a petition drive on behalf of Kamras and she has stated unequivocally that she is in favor of four more years.

The Richmond branch of the National Association for the Advancement of Colored People recently weighed in saying that the organization wants to give him a two-year contract. Richmond NAACP president J.J. Minor says the group’s decision is “not intended as a disrespect to Kamras.”

Minor says the NAACP is speaking out on behalf of Richmond’s children and that it is concerned about the city’s low graduation and high dropout rates. The group is also worried that not enough is being done on behalf of children who are chronically truant, as well as children with disabilities.

Minor, who was part of a panel that chose to hire Kamras, said “We want to work with him, we have offered to help, and he has yet to avail himself of our resources. We’re ready to help. He just has to reach out.”

Given that his current contract contains a requirement that all contract negotiations are to be kept confidential, Kamras refuses to discuss the matter other than to say simply, and repeatedly, that he wants to “remain as superintendent here for many years to come” and that he and his staff want the opportunity to fully implement their Dreams4RPS strategic plan.

Our city is notoriously hard on public school superintendents. As proof, one need only consider that when Deborah Jewell-Sherman was hired in 2002, she became Richmond’s seventh full-time or interim superintendent in 14 years. Since her departure in 2008, there have been six more interim or full-time superintendents, including Kamras.

This level of turnover would be comical, were it not so tragic. Perhaps 6th District member Shonda Harris Muhammed said it best in a recent post: “Evaluating the Superintendent should not be conducted as a petition-driven popularity contest, but by pragmatic and professional standards.”

My view: Keep Kamras. Give him a four-year contract and make sure it is airtight and includes precise expectations and measures, such as:

• Full disclosure of truancy and suspension data, with numbers of students and numbers of days, for each for the last four years and specific goals for reducing each in the next four, with full and prompt disclosure of the results.

• Immediately joining the Comprehensive Instructional Program and providing detailed and current reports of activities and results under it.

• Analysis of the last and next four years of graduation results, along with specific goals for improving the federal graduation rate.

Carol A.O. Wolf is a former newspaper reporter and a Style Weekly associate editor who served on the Richmond School Board from 2002 to 2008. She writes regularly about the Richmond Public Schools at saveourschools-getrealrichmond.blogspot.com.