OPINION: The History Behind Terminal Warehouse No. 3 and Why It Shouldn’t Be Destroyed 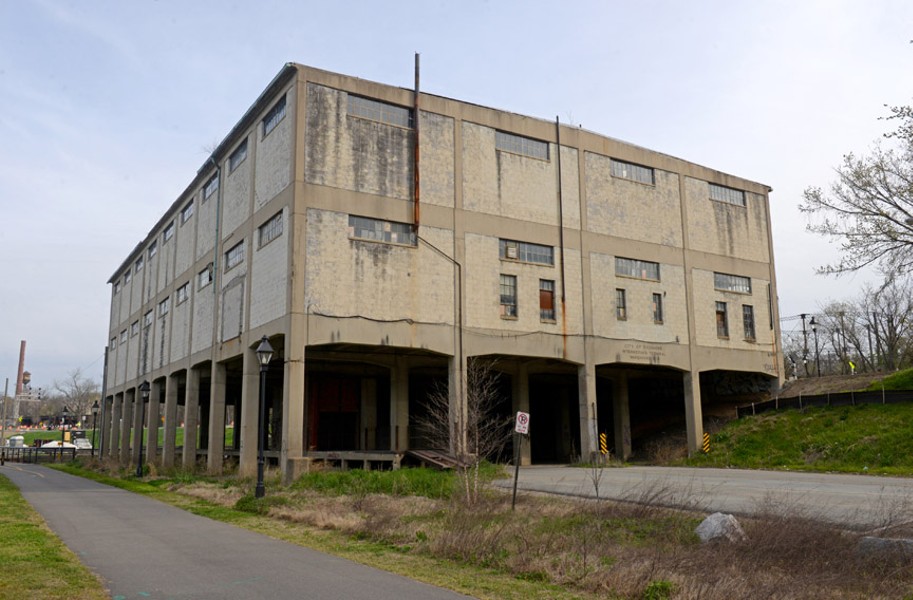 Scott Elmquist Though it appears somewhat brutal, the Terminal Warehouse No. 3 at 3100 E. Main St. is a rare structure that once connected Richmond to the Cuban sugar trade.

The sprawling Stone Brewery complex at 4300 Williamsburg Road now dominates Fulton Bottom and has transformed an industrial landscape once mostly populated by warehouses.

But many beer lovers have awaited part two of Stone's planned investment and footprint in the vicinity — a bistro and garden restaurant.

Plans called for the restaurant to be housed within a building that is a rare reminder of the riverfront's glory days as an international port — the hulking and evocative Intermediate Terminal Warehouse No. 3. The 30,000-square-foot, three-story concrete structure at 3101 Wharf Ave. (or East Main Street) commands a dramatic view of the downtown skyline. The potential for enhanced beer tourism, especially along the slowly reviving north bank of the navigable riverfront, had economic development officials foaming at the mouth. And if the project returned the sturdy, but now-empty terminal, an intriguing relic of the mostly-lost maritime history of Rocketts Landing, to new life all the better.

Last month, however, Stone's engineers said no go. Apparently, the former terminal won't accommodate the company's goals for the project. Alternative plans for the building have yet to be announced. But this about-face seems to threaten the survival of the distinctive, 81-year-old building.

The terminal should be retained. There are other sites Stone could develop as a bistro, and the sturdy, concrete behemoth can continue being mothballed or used for other purposes, including city storage as it was until recently. But don't destroy it.

Why is this building worth saving?

The terminal's brutal appearance suggests little of its romantic past. It was constructed in 1937 during the Great Depression, probably as a New Deal infrastructure stimulus project. Raw sugar from Cuba initially was stored here until the ingredient found its way into local tobacco products. In 1939, 1.5 million tons of sugar passed through the warehouse, some of which was transferred to rail for shipment to Hershey, Pennsylvania, for candy bars.

In addition to linking Richmond with Havana harbor and Pennsylvania chocolate makers, the terminal building itself is like none other. It is the rare structure locally that is built into a hillside. And the fact that a city street once ran under the building testifies to how densely built-up this now picturesque area once was. While other warehouses in the immediate vicinity that housed sugar are now lost, the so-called "sugar pad" remains: It's an expanse of concrete set between Terminal No. 3 and the river that is populated sporadically by local fishermen.

Today, Terminal No. 3 is a welcome architectural landmark along the 52-mile Capital Trail, a world-class amenity, delighting cyclists, runners and pedestrians, as well as those in passing vehicles. And while the building is concrete-tough, its open bays three sides of the ground level are slightly arched, adding subliminal gracefulness to the building.

Richmond, now famously, has breweries and bistros at every turn and what Stone eventually adds to the mix should be popular. But there's only one Intermediate Terminal Warehouse No. 3. If it's unnecessarily erased from the riverfront, the history it evokes and the architecture it delivers cannot be replicated like a next batch of brew. S