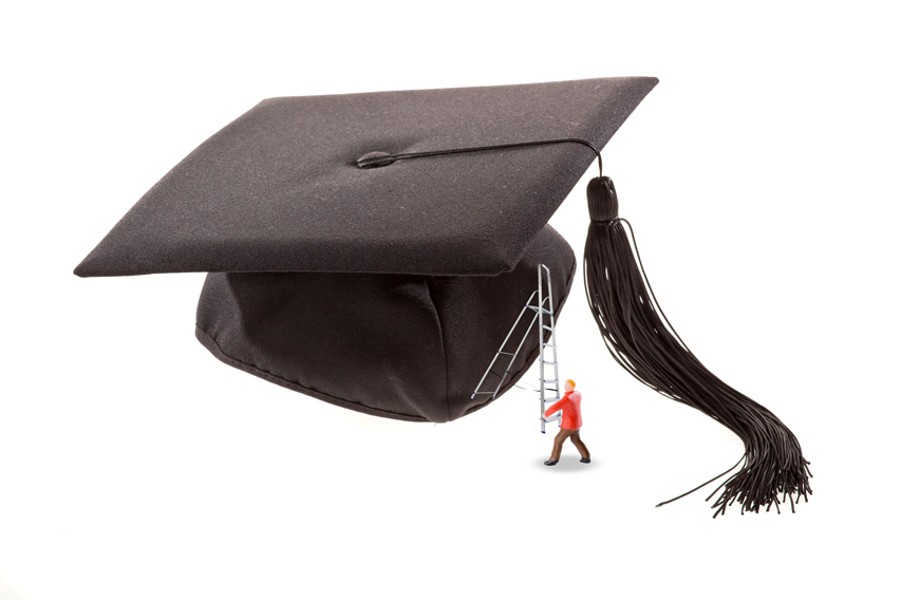 Every spring it’s the same humbling story. Thousands of colleges and high schools hold graduation ceremonies. Almost every one features a commencement speaker.

Once again, no one has invited me to the lectern. Yes, I know, I’ve mentioned this before. I’m sure they’d rather the graduates — all those Ambers, Tiffanys, Adams and Zacks — be lulled to sleep by some pompous politician, wheezy academic or well-known celebrity than by a local columnist.

Truth is, I once was asked to give a commencement address. More than a decade ago, a cosmetology school asked Dave Addis, a columnist with whom I wrote a weekly humor column, and me to speak to their newly minted corps of nail techs.

We were so flattered. We worked on our remarks. As I remember it, we nailed them. Every single manicure pun was polished to perfection.

Alas, the dean of mani-pedis never called back to give us the time and place. We were co-commencement speakers without an audience. It was worse than not being asked at all.

But I’m a writer of opinions. The fact that no one wants to hear what I have to say never stops me from saying it. So here’s the 13-minute speech — that’s the optimal length for a commencement address, according to the experts — I would have given had anyone asked.

I’d begin with a familiar request of the graduates and their loved ones:

Turn off your cellphones. No, don’t set ’em to silent. Power them down. Put them away.

No one wants to read your live tweets of the ceremony. No one on a stage wants to speak to hundreds of people staring at their phones. Take pictures later.

Here’s an idea, graduates: Experience what life was like before the 1990s by turning off your phones regularly. I’m sure I’m not the only speaker suggesting this today, so pay attention.

I dare you to go to the beach or the park without being connected. Try shopping without your phone. Eat dinner without snapping pictures of your plate. Enjoy the fireworks on the Fourth of July without whipping out your cellphone for photos.

Your friends won’t tell you this, but I will: No one wants to see pictures of your food. Your blurry firework snaps are of no interest to anyone. Your text messages are banal. Like everybody’s.

Live in the moment. Including this one. Stop trying to memorialize every event so you can engage in shameless Face-bragging. Just be, at least once in a while.

Fact is, I’m old. It’s been many years since I wore a cap and gown. So here are a couple of secrets I’ve learned — some from personal experience, some from watching my pals — for a semi-satisfying life.

If you’re a man, buy a nice silk tie. Wear it occasionally. Like on job interviews. To weddings and funerals. There will be a lot of funerals as you grow older.

If you’re a woman, buy a good dress. One that covers everything and isn’t sprayed on. Wear it occasionally. To job interviews. And to funerals. Did I mention that you’ll get to a point in life where these are more common than weddings?

Don’t get tattoos that can’t be covered by clothes. Fashions change. So do trends. Better yet, skip the ink on any body part that’s likely to sag later in life. That’s just about all of them, by the way. Trust me.

Don’t walk by a panhandler without giving him or her a buck.

Don’t date a married woman. Or man. It rarely turns out well.

Don’t drink tequila and wine on the same night. Pick one or the other.

Don’t get married in the fall. Unless you really don’t care if those of us who love college football send our regrets.

Don’t forget to vote. Unless you know nothing about government or how things work. In which case, do the rest of us a favor and stay home.

Don’t get all your news from the Internet or TV. Read a newspaper every day. When you’re young, you’ll read it for the news. Later in life, for the obituaries.

Don’t procrastinate. And if you ever find yourself working for a newspaper and write a Sunday column, don’t wait until Saturday to finish it. Oh wait, that’s a note to self.

Now turn your phones back on. Take selfies. And tweet your hearts out about your soporific commencement speaker. S

Kerry Dougherty is a columnist for The Virginian-Pilot.