Opinion: Sorry "Pet Parents," But Your Animals Are Not Your Children 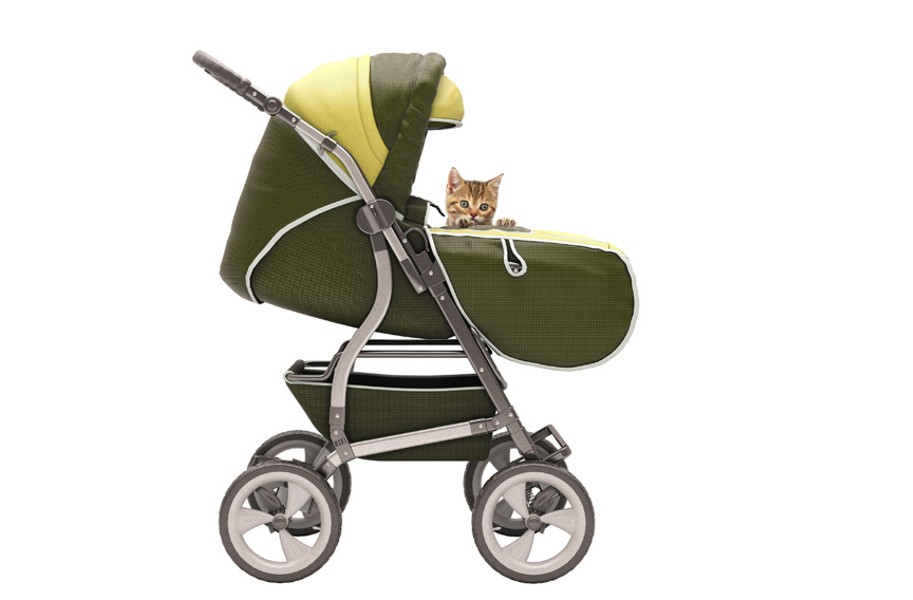 Not too long ago, a caller to my afternoon talk show on NewsRadio 1140 WRVA asked me why I hated animals. How could anyone suggest such a thing?

I actively support conservation programs to safeguard animal life in the wild. I don’t like the way that many circuses and zoos treat animals and I often question how much longer such institutions should remain in operation.

I’m also not crazy about unnecessary testing of cosmetics and the like on innocent animals. I may be a carnivore, but I’m happy knowing that there are standards to ensure that livestock is slaughtered in as humane a manner as possible. I don’t get the idea of hunting for sport at all. Heck, I consider myself one of the few folks on earth who is both a dog and a cat person!

Of course, I do draw the line at four legs. Four legs and fewer, it’s a pet. More than four legs and it’s a pest. But come on, when it comes to that point most folks agree with me, which is why exterminators usually are very busy.

So why was the caller so upset?

“I am a pet parent and you mock that idea” the caller continued. I began to understand her complaint. I was talking with someone who believes that owning a pet is somehow the same thing as being a parent. Faulty logic to say the least.

Through my life I’ve been thrilled to have owned many pets. I’m a Katz with a bad attitude, so I was always happy having cats with bad attitudes hanging around. There’s nothing better than having a feline curl up with you, enjoy your displays of affection and then turn around and walk off in a huff when you’ve bored them. It was great preparation for married life, actually.

Early in our married life, the Bride and I had our own menagerie. We each brought a cat to our new life together. My cat, Bailey, was nasty and smelly. Pudge, who belonged to the new Mrs. Katz, was sleek and sweet. People really do buy pets that resemble themselves. We liked our cats but we never thought of them as our children. Then we got two dogs because the house wasn’t nearly noisy enough.

My new brother-in-law had to move so we wound up with his dog, Hogan, a real mutt. Short, stocky, yellow. Part pit bull, part Labrador, part Buick. Hogan was a brilliant dog. When we first got him, he hated me with a passion and made that abundantly clear. But I decided to change his mind. A few visits to the local drive-thru and a couple of burgers later and Hogan was on-board with me as the leader of his pack.

On a visit to Dublin we bought Annie, a purebred Irish wolfhound, from one of Ireland’s leading breeders, and had her shipped to the states. She was tall, regal, beautiful and truly as dumb as a box of rocks. She was the sort of dopey that necessitated bringing her inside every time it rained for fear that she’d look up at the clouds with her mouth open and drown. She also was amazingly sweet and friendly.

Annie and Hogan were a wonderful team. It always looked like Hogan was the brains of the outfit and Annie the brawn, but neither one of them would have inflicted an injury worse than a very wet face from a lot of licking. While Annie stood 6 feet tall on her hind legs and weighed about 135 pounds, she was completely convinced that she was still a puppy and wanted nothing more than to sit in your lap. Hogan’s biggest regret in life was that he didn’t have opposable thumbs. If not for that, he’d be ruling the roost. They were our version of “Pinky and the Brain.”
We owned all of these wonderful creatures. We adored them and happily took care of them, but never expected anyone to send us a card for Mother’s Day or Father’s Day.

Recently some pet owners have begun to christen themselves as pet parents. These folks may be well-intentioned, but using that title demeans and diminishes the role of real parents. It’s insulting to all of us who are actually mothers and fathers.

The most ridiculous outgrowth of the inane pet parent movement is the call for “paw-ternity” leave, which is currently being demanded by the more delusional pet owners. The purchasers of pets are now suggesting that they be given paid time off from work when they buy animals.

A cat owner was quoted in The New York Post as saying, “While my co-workers with kids walk out the door at 6 p.m., no one seems to care that I also have a child at home waiting for dinner.” Sorry to burst your bubble, but you don’t have a child waiting for you at home. You have a pet. Not a “fur-baby” and certainly not a child.

Please take care of your pets. Love those dogs, cats, birds and fish. Don’t hurt or abuse them. Be responsible, caring custodians and caretakers to those creatures. Do right by them. But unless you also have fur and paws, understand that you are not their parent, no matter how many silly cards Hallmark tries to sell you. S

Jeff Katz is the host of the afternoon show on NewsRadio 1140 WRVA, which can be heard weekdays from 3-6 and on the Jeff Katz 24/7 channel on iHeartRadio. You can follow him on Twitter at jeffkatzshow, at Facebook.com/radiokatz, and reach him by email at jeff@wrva.com.