Mayor Levar Stoney makes his case on why the Navy Hill plan should go forward. 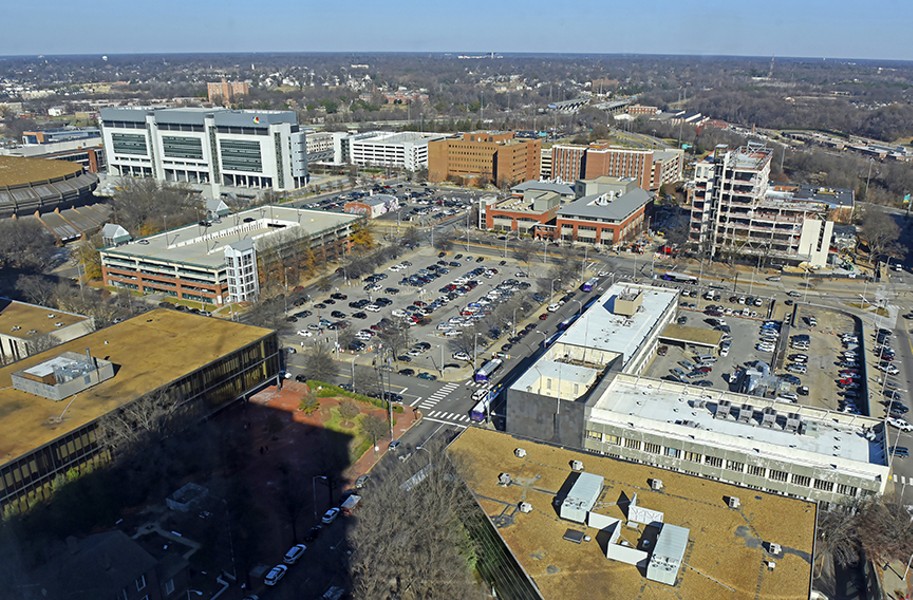 Two years ago this weekend, I announced that the City of Richmond would solicit proposals to revitalize a long-neglected and blighted area in the core of our downtown.

People have said — and may continue to say — that this project isn’t needed. That progress will just happen on its own and that we should just wait. I’m sorry, but the data and history of this area does not support that conclusion. We can’t just wait for it to happen. We have to make it happen.

As our city overall has grown in assessed value at roughly 8% annually in the past couple years, the 80 blocks we have included in the Increment Financing Area have only grown at 2%.

So, why hasn’t our downtown kept pace with the rest of our city when it comes to organic growth? Why are Scott’s Addition and Manchester booming, but downtown is limping along?

For starters, roughly 60% of the land in the Increment Financing Area is tax-exempt, owned by either the Commonwealth of Virginia, Virginia Commonwealth University, or the city. The three cranes high in the downtown sky remind us of this fact; two are building new facilities for VCU Health, and one is constructing the new General Assembly building. When these state-of-the-art facilities are completed, they will pay no property taxes to the city.

Second, the lack of existing infrastructure and developable parcels has limited opportunities for new commercial development. Those that have been built have requested, and been provided, large tax breaks from the city, or required significant investments of city infrastructure to coincide with their development.

We simply won’t be able to fund the fixes to the challenges we face as a community when our downtown, the heart of our city, is beating at a quarter of the rate of the rest of our city. It’s past time that we should transform this area of parking lots and blighted buildings into an inclusive and equitable community that pumps real revenues into the city’s coffers.

But, as I have heard some suggest, a piecemeal strategy to economic development in this part of downtown is neither feasible nor responsible.

It’s not responsible, because when the city owns the land, we have the opportunity to negotiate terms that bring benefits to our community. It’s not responsible because selling to the highest bidder would not have allowed us to require an unprecedented commitment to building 480 affordable housing units, a transit center that will make it easier, safer and more dignified to travel across our city, and a restoration of the historic Blues Armory that will house an urban grocery store in an existing food desert.

Nor would we have been able to require a record-setting $300 million commitment to minority contractors and businesses, which is equivalent to the total of all of the city-directed minority business participation in the last 10 years combined.

The result of two years of careful consideration is a Navy Hill project that would be the catalyst to generate more than $1 billion in new revenues to invest into our schools, our streets, our communities and our people. And it does so in a way that is inclusive of communities that often miss out on the benefits of these types of revitalization efforts.

Navy Hill stays true to my commitment to build One Richmond that is inclusive and competitive. It requires us to be bold, to think big, to aim high, and also allows us the opportunity to be smart, to plan carefully and to exercise due diligence.

Levar Stoney is the 80th mayor of Richmond. Throughout November, the mayor and city officials will hold a series of town hall meetings on the Navy Hill redevelopment proposal. The first is scheduled Thursday, Nov. 14, at Carver Elementary School at 1110 W. Leigh St. from 6 - 7:30 p.m. For information visit richmondgov.com.