George Wythe High School urgently needs rebuilding. The Richmond School Board should be focused on reopening schools, not taking over school construction.

By The Rev. Robin Mines and Thad Williamson 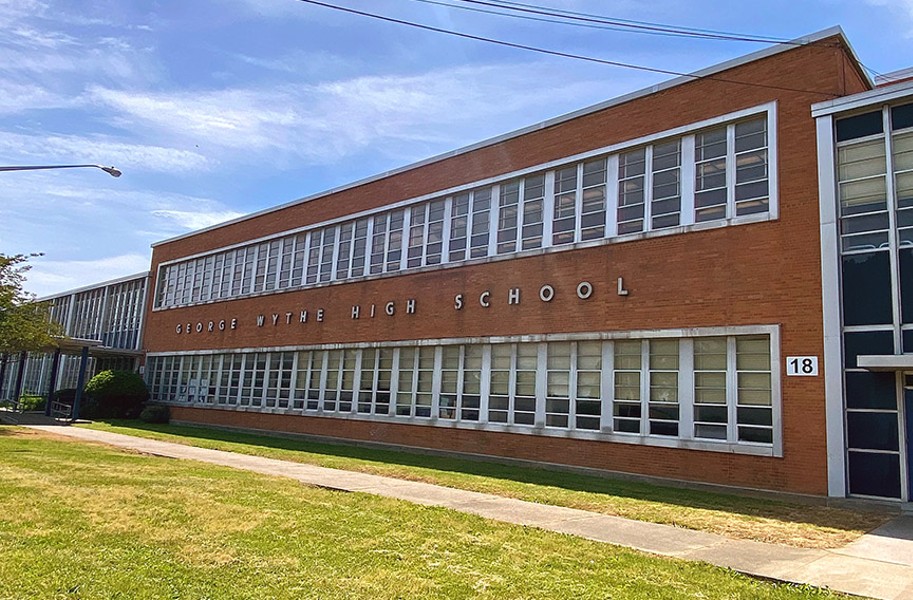 Richmond’s children have suffered profoundly during the pandemic, with thousands dealing with trauma, learning loss, social and emotional deprivation since March 2020. This should be a time of healing and smart planning to use the hundreds of millions of dollars in federal aid forthcoming for both the City of Richmond and the school system.

Yet here Richmond is, locked in a bitter power struggle about who manages school construction. How could this be?

Let’s be clear: The facilities situation at six-decade-old George Wythe High School – directly across from the Belt Atlantic apartment complex that was the site of horrific violence recently – is dire and disgraceful. Originally slated to be rebuilt with money from the meals tax increase of 2018, the previous School Board opted to delay construction when increases in construction costs made it possible to build only three schools.

Three years later, we need a new George Wythe High School and we need it as soon as possible. About 97% of students at Wythe are either Black (52%) or Latino (45%). The graduation rate in 2020 was just 24% for Latino students and 50% overall. The new school should not simply be a state-of-the-art school facility but a model community school co-locating community services and amenities in the new building and grounds with the aim of supporting students, their families and the larger community in an inclusive way.

That’s why in the capital budget soon to be finalized by City Council, $100 million is set aside for school construction to support George Wythe High School.

But last month, just before the city was prepared to request proposals for the project, the School Board introduced and adopted, with no public input and against the superintendent’s recommendation, a major shift in policy to reclaim full control over the school construction process.

There is no question the School Board has the legal authority to assume full responsibility for school construction. At issue is whether it is wise to do so at this time.

First, George Wythe High School is in urgent need of a rebuild – now.

Even if the board proceeds with moving to take responsibility for school construction in the long term, it should opt to allow Wythe to proceed using the Joint Construction Team framework that built three schools between 2018 and 2020 in a timely way. That joint team, consisting of city and school officials, meets weekly, reports to the School Board monthly and has allowed the school system to determine the design of schools and closely monitor the process without taking on the full burden of project management.

The benefit of timely construction building on this proven process far outweighs the possible but unproven benefit of moving to an entirely new process and the delays that would entail. Because the School Board did not include school construction oversight personnel in its budget request for the coming year, not allowing Wythe to move forward with the existing process will result in a delay of at least a year.

Second, the Richmond Public Schools have more urgent needs now than how a construction process is managed. Our children have experienced an educational calamity. We must focus attention on the needs of children coming out of the pandemic: how to make up for the lost learning, how to restore the rich social supports and connections that are the foundation of mental and emotional health and the capacity to learn.

To support students, teachers and principals adequately in this work is an enormous lift and nearly unprecedented challenge. Focusing on those needs, on reopening schools safely and with love, should be the system’s overriding priority right now, not wresting control of the school- construction process.

In the long term, School Board can still move towards a goal of taking over school construction. But now is not the time for such a major shift in practice. The here-and-now needs of the George Wythe community and of our children returning to school after the pandemic are far more important.

To that end, City Council leadership -- President Cynthia Newbille and Vice President Ellen Robertson, as well as 5th District representative Stephanie Lynch, signed a letter with Mayor Levar Stoney this past week offering additional school input and control within the joint construction process, a new joint team focused on communication and engagement, and a collaboration between the city’s Office of Community Wealth Building and the Richmond Technical Center focused on trades and training to help city residents obtain jobs throughout the construction process.

This compromise proposal is a win-win: It offers the School Board a way to get more control over the construction process and the public engagement around it, while working towards the longer-term goal of establishing its own capacity. The new George Wythe community advisory board being formed by the School Board could have a prominent seat at the table in this proposed collaboration. At the same time, this approach allows the promised new George Wythe to remain on course for a 2024 opening.

The School Board has far more urgent responsibilities in 2021 than creating an entirely new process for building schools. At no time before, during or after the 2020 election season has the general public been clamoring for such a change. The pressing issue facing Richmond school families and hence the School Board is that our kids have been devastated by the pandemic and that many children who were already behind academically have lost a year or more of progress.

The Rev. Robin Mines is president of the Swansboro West Civic Association. Thad Williamson is an associate professor of leadership studies at the University of Richmond.

Opinions on the Back Page are those of the writers and not necessarily those of Style Weekly.