The Fox-Cary school pairing proposal is what our children need and deserve. 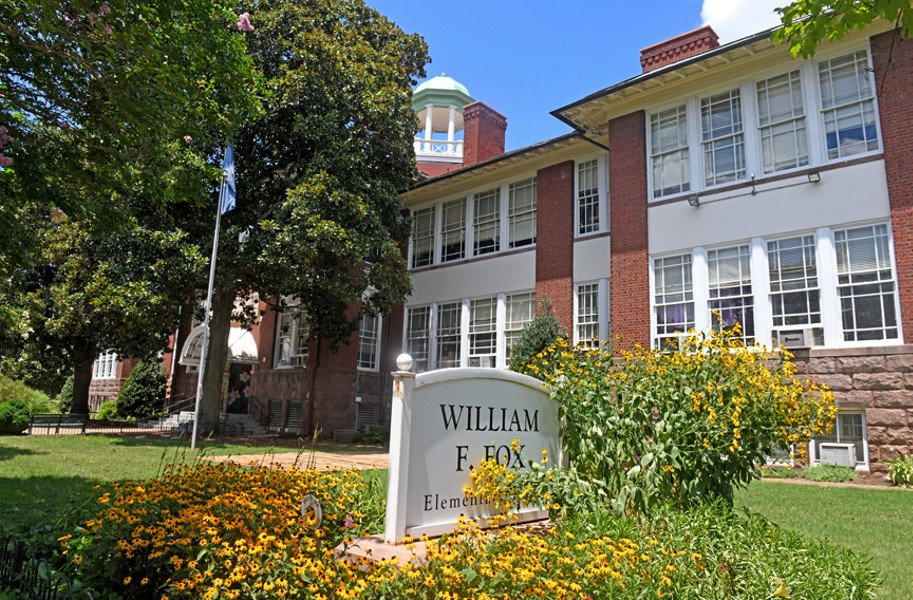 The Richmond Public Schools are embarked on a comprehensive rezoning effort for elementary, middle and high schools. The results will help shape what kind of city we will become over the next decade.

The most innovative proposal so far on the table is the idea of pairing John B. Cary Elementary School with William Fox Elementary School to create one larger district. Children from the combined zone would attend William Fox for kindergarten through second grade, then move to the John B. Cary building for third, fourth and fifth grades. [Editor's note: another recent rezoning option is combining Mary Munford and Cary elementary.]

The context for this proposal is that William Fox pupils are about 60% non-Hispanic white and children at John B. Cary are about 83% African-American. As is now widely acknowledged, the 2013 rezoning after the closure of Clark Springs Elementary School actually exacerbated racial segregation by moving the Museum District from Cary to Fox. Last year there were 22 white children at Cary, compared to 45 in 2012-2013; conversely there were 92 African-American children at Fox last year, compared to 119 in 2012-13.

What's wrong with this picture?

First, there is a resource equity issue. The PTA at William Fox has many more resources than the PTA at John B. Cary. That translates into more capacity to generate vital enrichment and engagement opportunities for students, families and the surrounding community. It also translates into a disparity in voice when issues arise impacting schools and students.

Second, and even more important, is the fact that in the 21st century, America is defined by our diversity, and success in life, civic and personal, requires forming relationships and bonds with different kinds of people. It's our ability to do that — or not — that will shape whether 21st century America becomes the inclusive democracy we are capable of becoming or instead a society divided by our differences.

Academic research consistently shows that being in a diverse classroom has positive benefits for all children, both academic and civic. For instance, a recent research summary by the Century Foundation reports that "attending a diverse school can help reduce racial bias and counter stereotypes" and "students who attend integrated schools are more likely to seek out integrated settings later in life."

What's exciting about the pairing proposal is that it offers an opportunity to fix this picture, in a way that is positive-sum rather than zero-sum. No one would lose the opportunity to go to school with their neighbors. Instead, the proposal expands how we are defining terms like neighborhood and community in a way that will give more children opportunities to learn in diverse, excellent environments.

Let's be clear: Fox is a very good elementary school, and so is John B. Cary. In 2017-'18, 85% of John B. Cary fifth-graders passed the math standards of learning test, as did 84% of William Fox fifth-graders.

We sent our daughter to John B. Cary for six years, 2012-2018. As my spouse Adria Scharf and I recounted in an August 2018 Richmond magazine article, our daughter had a caring teacher in the classroom each year, learned an incredible amount in and outside the classroom, and has gone on to a successful start to middle school. Also we were part of a diverse, friendly community of committed parents determined to support the school and our children.

The proposed pairing is thus an opportunity to make two very good schools even better.

An extensive community engagement process has been established by the Richmond Public Schools to vet the rezoning options, which is important both to help residents understand the proposals and to surface issues and concerns.

We do have to engage parents, but make no mistake, this is a community-wide decision about what kind of community we want to be. Put another way, parent engagement in itself does not necessarily assure a just or wise outcome. For evidence, we need look no further than Richmond's own history.

But civic engagement and discussion, when it goes well, can bring to the surface hidden issues and background motivations, and allow perspectives to be challenged and broadened. There has been nothing said publicly in the current controversy that hasn't been said privately, for years.

What's different now is that residents have the opportunity to scrutinize and challenge those views. That's why it's heartening to see the push back from so many community members, including parents at Fox and Cary who favor creating more diverse classrooms for our community's children.

It's time to move forward with a genuine effort to make our schools more equitable and our kids' classrooms more diverse. The Fox-Cary pairing proposal is important and might lead to even bigger steps.

It's the right thing for our community, and it's what our children need and deserve.

Thad Williamson is an associate professor of leadership studies at the University of Richmond and a candidate for Richmond City Council's 5th District.