Opinion: How Many More Animals Have to Die Before Circuses Do the Right Thing? 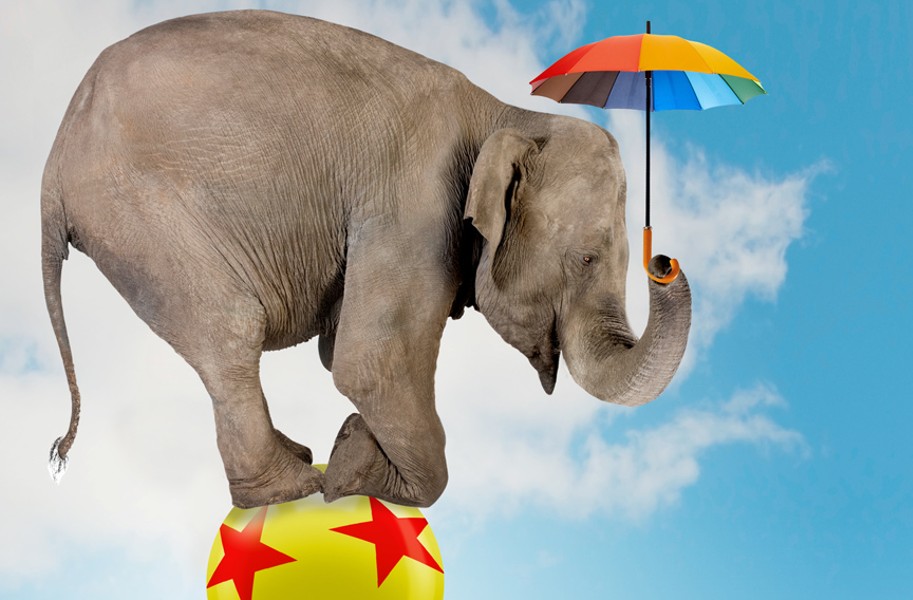 After years of foot dragging, Ringling Bros. and Barnum & Bailey Circus can no longer put off the inevitable: A compassionate public has had it with the circus’s cruelty. As of May, the elephants it owns will no longer be crammed into hot, fetid boxcars, hauled around the country and forced to perform uncomfortable, demeaning tricks.

Ringling Bros. brought its elephants to Richmond for the last time earlier this month. But the writing on the wall — not altruism — prompted Ringling’s decision to end its elephant acts.

Ringling controls elephants with bull hooks, heavy batons that resemble fireplace pokers with sharp steel hooks on one end. While the circus defends their use, more and more forward-thinking municipalities are recognizing them for what they are — weapons that tear and gouge elephants’ sensitive skin — and banning them. In Richmond, the ban takes effect in 2017.

Getting elephants off the road is a step in the right direction, but it’s not enough. Conditions at the facilities where they will spend the rest of their lives aren’t much better. Instead of sending them to accredited sanctuaries to socialize and roam long distances — approximating the way of life elephants would live in the wild — Ringling will ship them to its Florida breeding and training compound, which it disingenuously calls the Center for Elephant Conservation.

According to the sworn testimony of the center’s general manager, some elephants at the facility are routinely chained on concrete flooring for as much as 23 hours a day — sometimes for weeks on end. In the wild, Asian elephants have home ranges in excess of 233 square miles, but at the center, they’re typically restrained by one hind leg and one foreleg, preventing them from moving more than a step or two in any direction. Elephants chained on hard surfaces are prone to arthritis, infection and psychological stress. Ultimately, chaining can lead to premature death.

Even pregnant elephants are not spared. They’re kept in chains while giving birth, and inspectors have found baby elephants, forcibly separated from their mothers, with large lesions on their legs caused by chaining. One baby was kept in chains for four months, except for about 40 minutes a day during which she was trained. Records from Ringling’s compound show that most of the elephants have foot or leg problems related to intensive restraint.

A recent People for the Ethical Treatment of Animals report revealed that elephants at the facility are also subjected to bull hooks and shocked with electric prods.

Additionally, the compound is a hotbed of tuberculosis and has been placed under a series of government-mandated quarantines. Tuberculosis is highly transmittable between elephants and humans, even without direct contact. But the risk of tuberculosis isn’t all that awaits the animals in Florida. A 2-year-old elephant named Mike, the youngest at the compound, died in January of elephant endotheliotropic herpes virus, an often-fatal pathogen found among captive young elephants. Scientific research strongly suggests that they’re susceptible to the virus because of the stress of captivity.

While Ringling’s elephants no longer will have to suffer on the road, nothing will be changing for the lions, tigers, horses, camels and other animals dragged from show to show. Their misery will continue.

The big cats are often hauled around the country in barren cages that contain barely enough room in which to stand up and turn around. Instead of getting to exercise, socialize and play, they’re forced to do everything in one small area — eat, drink, sleep and defecate. They’re whipped in order to coerce them into performing tricks. In 2004, according to an affidavit by a former Ringling lion handler, a 2-year-old lion named Clyde died while being transported through the Mojave Desert in a poorly ventilated boxcar without being checked or given water. He is believed to have died of heatstroke and dehydration. How many more animals will suffer and die before Ringling does the right thing?

The days of using animals like commodities to increase the bottom line are over. The circus should take all animals off the road right now and send them to true sanctuaries.

That would be a happy ending. S

Craig Shapiro is a staff writer for the People for the Ethical Treatment of Animals Foundation in Norfolk and a former copy editor at The Virginian-Pilot.